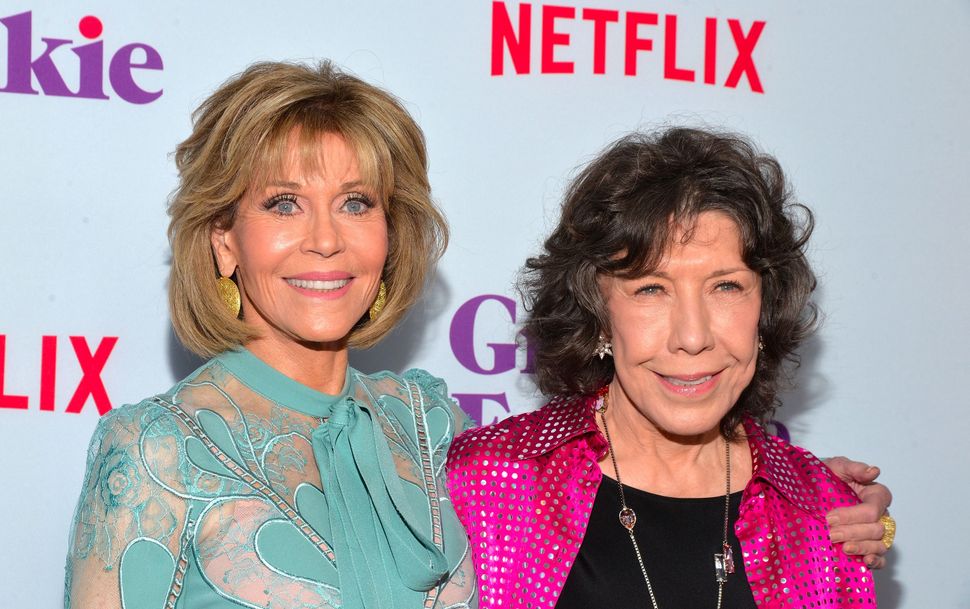 Jane Fonda and Lily Tomlin, of “Grace And Frankie” Image by Getty Images

Other Jewish women credited with innovations in the solo-pleasure department include some expected contenders (specifically: Dr. Ruth Westheimer) and others less so (Judy Blume). While we’re on the topic, I’d throw in Frankie from Netflix series “Grace And Frankie”, a fictional Jewish woman, yes, but an entrepreneur selling vibrators for older women.