Ivanka, Can You Really Be ‘Blindsided’ By Fightback Against Trump? 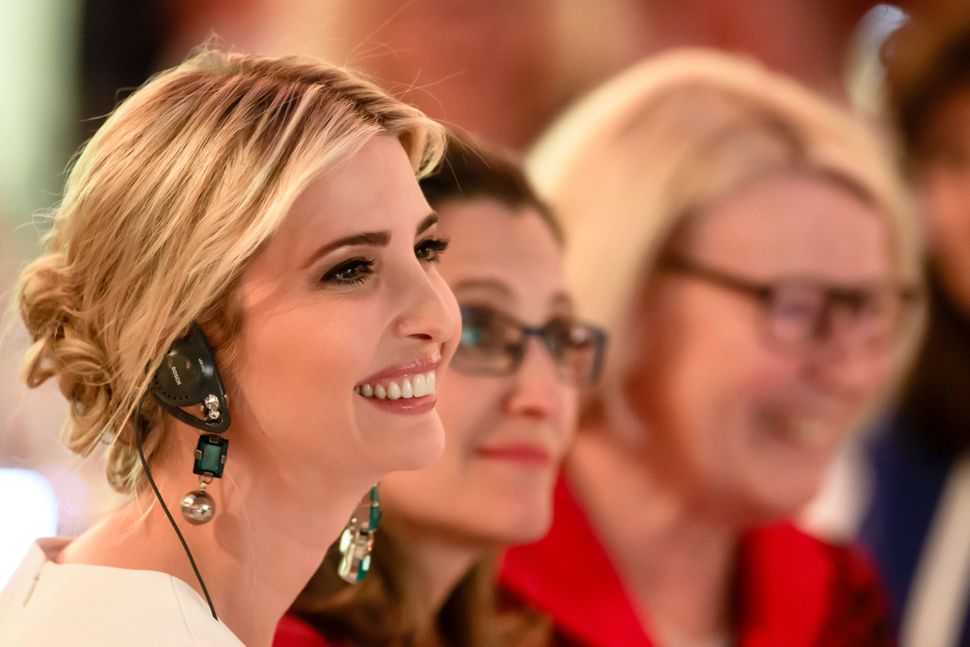 As has probably been clear for some time now, I make no claims of being able to know what’s going on in Ivanka Trump’s mind. (Or anyone’s, for that matter, but this is an Ivanka post.) So I ask the following questions, knowing, full well, their unanswerability: Did she actually think, at any point along the way, that the entire American public would greet Donald Trump’s presidency with understated joy? Did she ever imagine a President Donald Trump would bring about a new, refined era in American political discourse? A break from mean-spirited rhetoric?

“There’s a level of viciousness that I was not expecting.”

“Some of the distractions and some of the ferocity, I was a little blindsided by on a personal level.”

This is pure Ivanka as lifestyle brand. I keep returning to this idea because this is, I think, her contribution to the administration.

A lifestyle brand is a criticism-free space, behind a pretty and uncontroversial façade. If you can’t say anything nice and all that. The positivity requirement has been known to rankle even where all that’s at stake is whether you should buy a lifestyle blogger’s new line of rompers or whatever; how exactly is it supposed to play out as applied to national politics? But lifestyle brands can work magic. It’s just not kind to do anything that would hurt Ivanka’s feelings. Right?

Let’s get something clear, once and for all: It’s not call-out culture if the person being called out is a high-up political operative. Ivanka is not some random person whose unfortunately-phrased tweet has gone viral. She’s someone who can go on “Fox & Friends” and refer to the Trump administration as “we.”

When Trumpism is criticized, the Trumps are criticized. That doesn’t mean lines can’t be crossed. (As in, Barron Trump is a child and didn’t choose his parents, so let’s leave him out of memes, and the limelight more generally.)

But it does mean an expectation of positivity or neutrality is not just unrealistic but altogether inappropriate. Knowing what Ivanka is selling is the first step towards not buying it.

Ivanka, Can You Really Be ‘Blindsided’ By Fightback Against Trump?