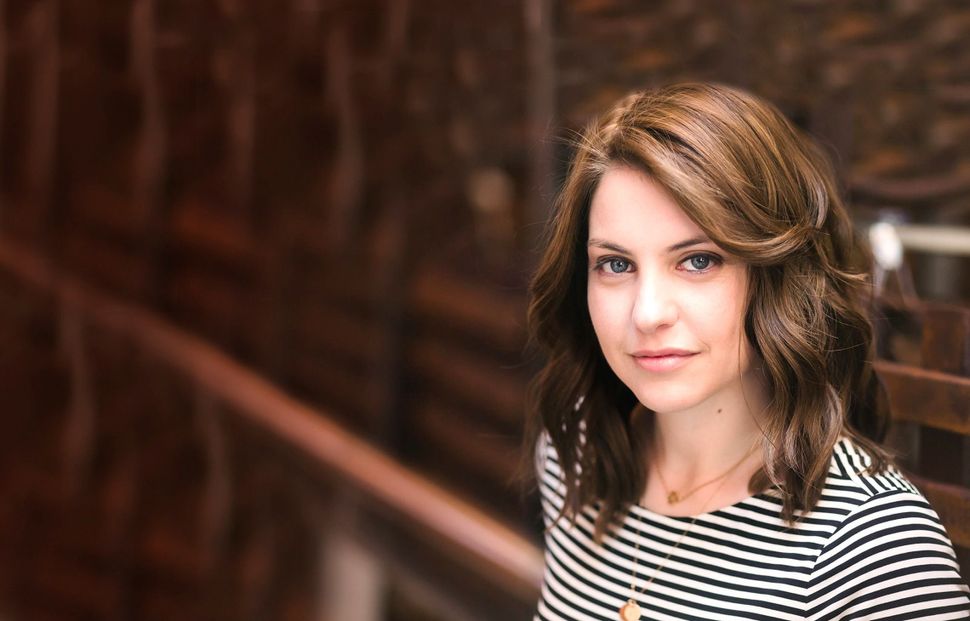 “I thought my infertility was definitely my fault,” she said, quietly. “Maybe I didn’t take enough care of myself, maybe this was my destiny. I felt hopeless. Everyone around me was pregnant or had kids, it seemed I was the only one just kept failing.”

As I heard Abbie Sophia say this over the phone, I dropped my forehead into my hands and took a deep breath. I sat very still, feeling her feelings of distress that she had, in the moment she was describing. She told me about the painful Shabbos meals, where all people talked about were their children, even though she obviously had no children of her own. How when people would ask her if she was trying to have children, she would pretend that she and her husband were not ready, so as to not have to explain the painful truth, that they were dealing with infertility.

As she spoke, and as I took notes, I found myself repeating in my own head: “You are not alone. You are not a failure.”

I started The Layers Project, a photojournalism blog that interviews Jewish women about their challenges and triumphs, because I felt “other” during my struggle with chronic illness, feeling invisible, unworthy and a failure. Because I didn’t meet the expectations that society set for me. Because I felt like there was no room for deviation from the “norm,” but to be the perfect spouse, mother, professional, community member – active and healthy – the house, the 3.5 kids, juggling it all in synchronicity.

I ran myself into the ground, beating myself up for not living the life that was expected of me. I had to reject this notion that I was only worthy if I lived up to the standard, and one day, I opened my eyes and saw that no one’s life was perfect, that it’s nearly impossible to live up to this idealistic image that has been ingrained in so many of us.

My photography project was born to shout into the void, “Look around you! Everyone struggles!” I hoped that perhaps the nature of the discourse in our communities could shift to that new awareness.

But I didn’t realize just how hungry my community was for this sort of discourse. My instincts were more correct than I ever realized. I was shocked by the people that reached out to me — people I had thought I had known, who revealed that beneath the surface, they had been wrestling with their own challenges. People who I would see in the supermarket, on the carpool line, on social media. They revealed hidden depths; resiliency, thoughtfulness and much bravery. From my training as a clinical social worker, I know how prevalent personal challenges are, and yet even I was surprised at how our community has masked so much suffering.

Often during my work with The Layers Project, the women I interview will begin to address how it makes them feel when they don’t meet “societal standards.” Women who were told they were too thin or too heavy, mothers who spoke about the judgement and exclusion they received because they children had special needs. In my Infertility Series, all the women I interviewed shared how broken they felt, because they were isolated from friends and community.

In the past, I encountered only my own pain. But now, as I embarked on this project, every week between the profiles and the many messages I receive, I speak to many people who often are heartbroken, and even ashamed of their own difference. Many are afraid to speak aloud about what makes them different, afraid of being made an outsider in their own community. Fearful that if people knew what what they were wrestling with, they would be pushed further away, and grow even more isolated. One, after another, after another, these voices come out of the woodwork:

“Being in an Orthodox community and dealing with infertility can make you feel like an outcast, especially when we are taught from an early age to be fruitful and multiply,” said Danit.

“We were one of the only couples in our community who didn’t have children and we had been married for a few years,” said Abbie Sophia, who dealt with infertility for years. “I got the most ridiculous comments, ‘Don’t wait too long,’ ‘Are you going to the mikvah?’ ‘Do you even want to have kids?’” 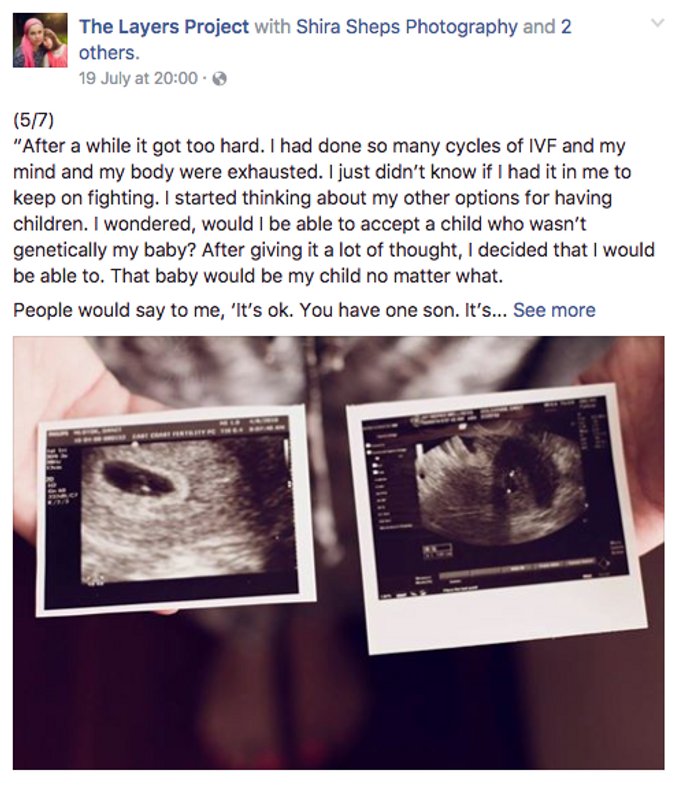 A young Orthodox divorcee named Shaindee opened up during her photo session about the reaction of her community when her marriage fell apart. “Getting married young seemed to have fit the standard of what most modern Orthodox girls my age do, but getting divorced at the age of 20 is not something that you see everyday. I wouldn’t say I felt embarrassed, because I was too in my own head dealing with what had happened to care; but I definitely felt a sense of judgment every time I went out. In shul, walking into the woman’s section feels like walking into an arena full of paparazzi. You can see them staring and whispering, I’m sure they’re wondering, ‘Where is her ring? Why isn’t her hair covered? Why isn’t her husband in the men’s section?’”

“The community is closed and when everything is perfect, it’s great, but when everything is not perfect, they freeze, it’s almost like they don’t know how to act,” a mother named Golda told me. “They retract and they leave you by yourself. Instead of trying to help you cope, they pull back and you are left alone in this dark place. When my son was diagnosed with autism, I didn’t understand it any more than they did, but I had to figure out a lot on my own.”

I want to wrap every one of these women up in the knowledge that they are important and worthy contributors to our Jewish communities. The more the messages come in, the more women I interview, the more I see that the danger of relegating members of our community as “other” is far greater than we even imagine.

We leave our couples experiencing infertility isolated and broken. Our older singles often feel like they have no place in our community because there only “legitimate” communal roles, lie within marriage. More and more religious Jews are dying from their addictions, because it is unacceptable to reach out for help, because it might ruin their siblings’ shidduch chances. We’ve made the fences for our fences so high and tight, that we’ve developed impossible standards for “goodness” or “worthiness.” We make the pain of struggling so much worse because of the shame we are given with it.

So why do we do it? Why do we build those fences? What are we defending against, as individuals, that builds into communal insensitivities and sometimes prejudice? Why do we think that being holier than, more perfect than and struggling less than our neighbors makes us better in the eyes of God? Didn’t God command us, to “love our neighbor like ourselves?” When we stop to think about it, the communal standard of perfection over inclusion is not to make ourselves better for the sake of God. It’s to make ourselves feel better than everyone else, in comparison.

These communal norms certainly don’t originate in the Torah -they are simply the ugly part of being human. Excluding others makes ourselves feel more included. Looking down at other people makes us feel taller. In our rush to make our lives more perfect-looking, we are forgetting the essential Jewish values of chesed, treating people with respect and sensitivity, and looking out for one another. If we are reaching for greater heights, we should pull everyone else up with us, instead of shoving them back down.

When all the Jews would make pilgrimage to the Temple during the Festivals, the small space of the courtyard was not reserved for the VIP guests. According to the Midrash, the walls grew and expanded to make room for everyone.

As a community, let’s push out our walls. It’s time to let everyone inside.