How I Talk To My Kids About White Supremacists 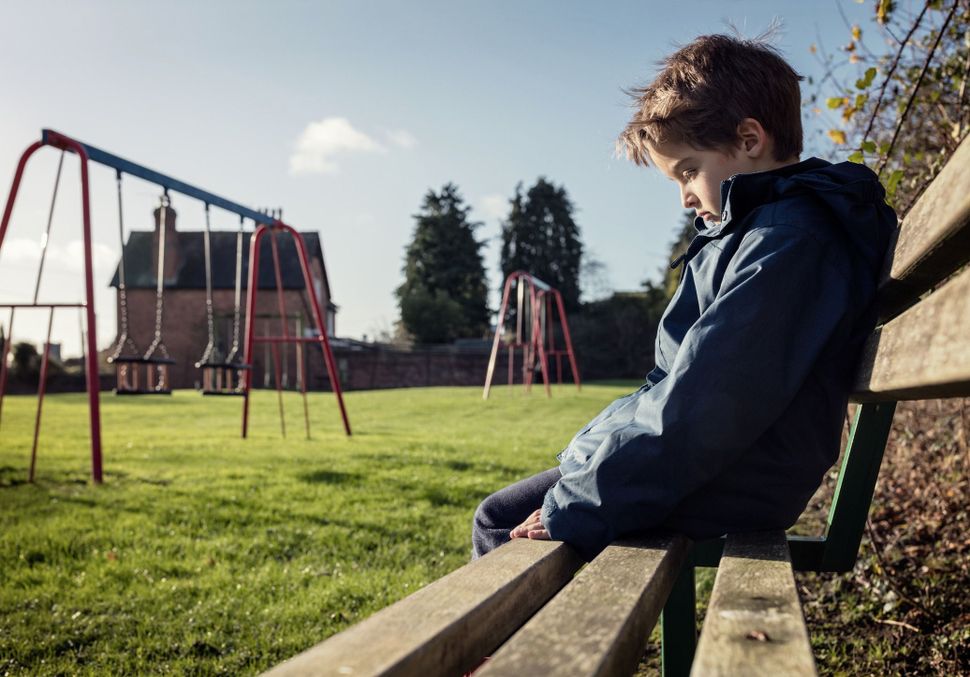 Judith was a survivor of Auschwitz. When my brother and I were very young, she took care of us while our parents were at work.

She told me her story over and over, long before I could fully comprehend it, and I absorbed it much as I would any other cruel and outlandish fairy tale. It didn’t seem so different than, say, the story of Hansel and Gretel. Villains existed, and they put people into ovens. I understood from an early age that nothing was too terrible to be true.

The first time I saw images of the Ku Klux Klan on our black-and-white television, I was 5 and my brother was 3. He asked if they were ghosts.

“They’re just people dressed up as ghosts,” I assured him. “Like on Halloween. They aren’t real.”

“They’re real, all right,” my father said grimly. “And they hate Jews as much as they hate blacks.”

Still later, at age 9, I remember watching the television miniseries “Holocaust” with my family. During one excruciating torture scene, my mother turned to me and asked, “Do you think it could happen here?”

I had a good childhood. My brother and I were sheltered in many ways, but we weren’t shielded from a certain irreducible truth, which is that we were Jews, and there were people from all quarters who wished us harm.

I have children of my own now, a 10-year-old daughter and an 8-year-old son. Judith died a few years before they were born, and there is no one left to make the Holocaust so personal and immediate to them.

But as they grow up in Portland, Oregon, they have had their own encounters with hostility to Jews.

They are each the only Jewish students in their public school classrooms. They are in a Russian-language immersion program, where many of the other kids hail from Christian Evangelical families. Both of my children have been told by their peers, over and over from kindergarten on, that they are destined to burn in hell because they haven’t accepted Jesus Christ as their personal savior.

My daughter’s teacher last year had a Jewish grandmother, and among the cultural artifacts in her classroom was a beautiful menorah. On the first day of school, one of her students was pulled out of her class. When pressed to explain, his parents mentioned the menorah, and said, “No child of ours is going to have a Jewish teacher.”

And then, not long ago, as we drove home on Route 205, we found ourselves facing a huge banner, affixed to a bridge, that said “JEWS DID 911.” 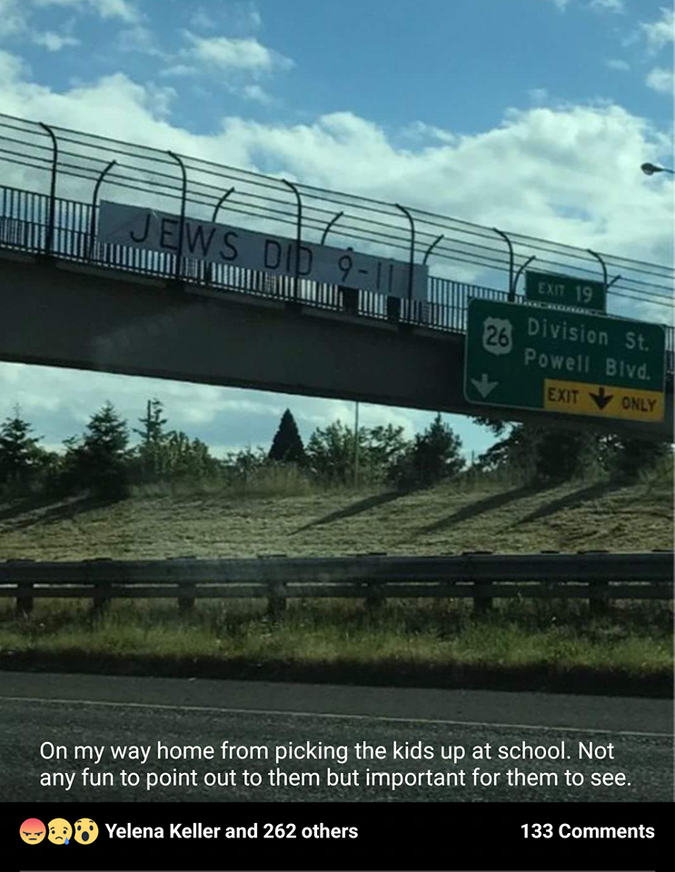 My first impulse was to shield my children from the sight of it. Isn’t our most primal instinct as parents to protect our children from evil? But I knew that it would be a disservice to hide from them a certain irreducible truth: that we are Jews, and there are people from all quarters who wish us harm.

My husband and I have raised our children in a secular and yet very Jewish home. We light Shabbat candles every Friday evening. Our kids go to Hebrew school and Jewish summer camps. I take every opportunity to cultivate their Jewish pride. We are also raising our children with very liberal values, talking often about the many hardships our country imposes on the poor, people of color, women, immigrants, the gay and lesbian and trans communities and other marginalized groups. And we are raising them to love Israel, as our homeland and refuge. We don’t rule out the possibility of moving there if our country continues headlong on the trajectory it is currently on.

Over this past weekend, as Nazis marched on Charlottesville with burning torches, as a young woman was murdered and dozens of others injured at the hands of white supremacists, as our president refused to explicitly condemn the white terrorists, it was once again necessary to have a difficult conversation with my daughter and son.

“This weekend, there was a huge Nazi rally in Virginia,” I told them. “These white supremacists hate many different groups of people, including blacks and Muslims and immigrants, but as always, Jews are high on their list of targets.”

I showed them the poster that was circulating online, of a hard-muscled man swinging a sledgehammer at a Jewish star. Beneath this image was a caption: “Unite the Right… To End Jewish Influence in America.”

It was distressing to them. But unfortunately, it wasn’t news. They are already well aware -– as I was at their age — that as Jews, there are people from all quarters who wish us harm. But they also know that we are called to resist this evil wherever it rises up, to defend ourselves and all others who are vulnerable. They know that for us, “never again” is a sacred, lifelong and universal imperative. They know that as Jews, we are required to carry a very different kind of torch. My most devout prayer is that they will always be guardians of the flame.

Elissa Wald is an author and freelance writer/editor. She lives in Portland, Oregon.

How I Talk To My Kids About White Supremacists