Checking Your Phone At Night Kills Your Sleep – And Might Affect Your Day, Too 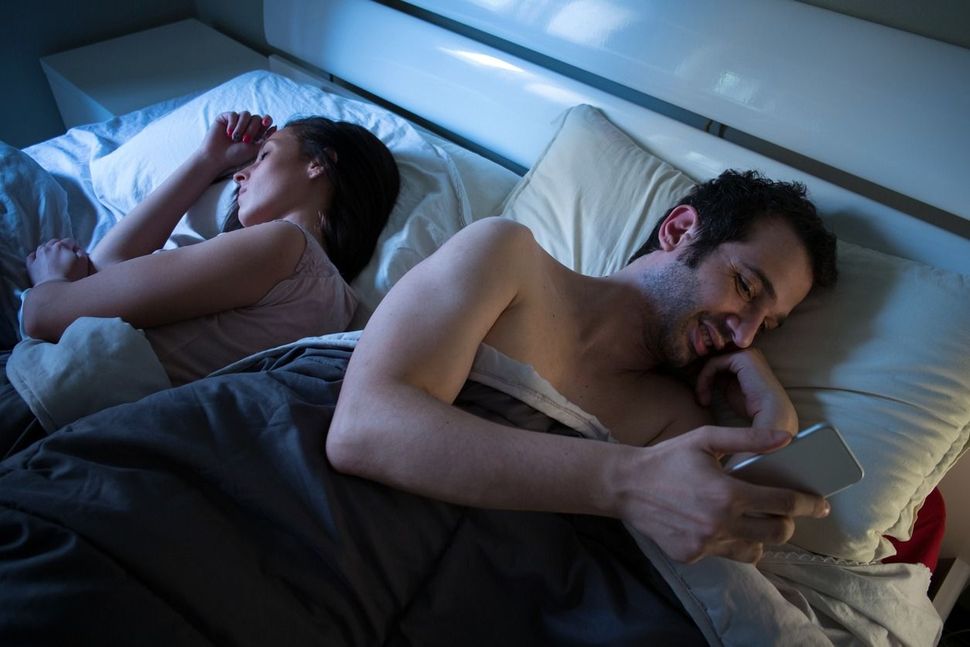 Checking your phone at night can disturb your sleep quality and attention abilities. Image by iStock

It’s tempting to check what the 45th President of the United States may or may not have tweeted at 3:00 am, when you wake up in a sudden sweat remembering the state of the country.

But that reflexive move to pick up your phone in the middle of the night may be killing your sleep, thanks to the blue light emitted from the screens.

A new study out of the University of Haifa, published in the journal Chronobiology International, shows that while blue light can disrupt nighttime sleep, light with other colors may be a healthier alternative.

“The light emitted by most screens – computers, smartphones, and tablets – is blue light that damages the body’s cycles and our sleep,” explains Prof. Abraham Haim from the University of Haifa, one of the authors of the study. “The solution must be the use of the existing filters that prevent the emission of this light.”

Studies conducted previously have shown that any screen-time damages our sleep quality, but this study found that a filter on a screen, which can adjust the light from blue to red, can improve sleep later. 19 healthy participants (ages 20-29) were exposed to blue light for two hours before sleep; their subsequent sleep had a duration of about 16 minutes less, on average. Participants reported that they felt more tired and in a worse mood after exposure to blue light.

“Our study shows that it is not the screens themselves that damage our biological clock, and therefore our sleep, but the short-wave blue light that they emit,” said Professor Abraham Haim, head of the Israeli center for interdisciplinary research in chronobiology at the University of Haifa. The study was conducted by Prof. Haim, along with doctoral student Amit Shai Green of the Center for Interdisciplinary Chronobiological Research at the University of Haifa and the Sleep and Fatigue Center at Assuta Medical Center; Dr. Merav Cohen-Zion of the School of Behavioral Sciences at the Academic College of Tel Aviv-Yafo; and Prof. Yaron Dagan of the Research Institute for Applied Chronobiology at Tel Hai Academic College.

Checking Your Phone At Night Kills Your Sleep – And Might Affect Your Day, Too