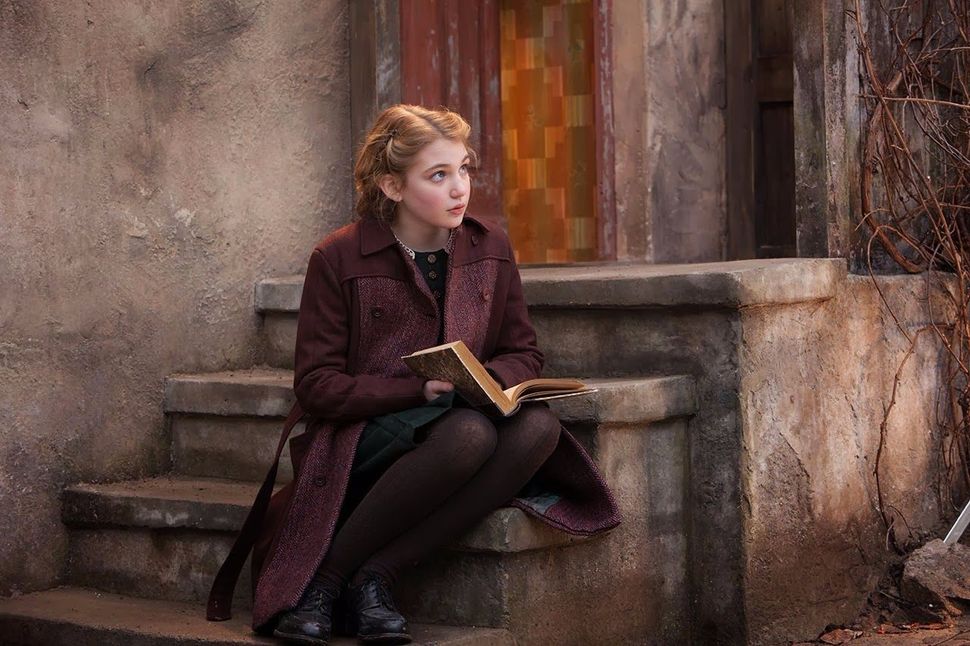 My agnostic, Presbyterian-raised husband and I, a reform Jew, never had conflict between our outlooks on life. We had a Jewish wedding; we are raising our child as Jewish, too.

But the election of Trump, surprisingly, highlighted one difference between us, one that I had never noticed before.

I grew up going to Hebrew school, where every year, somebody’s grandparent would come in and speak to us, relaying a message to us with the hard, sharp consonants of another era still sprinkling their English. They proffered wizened forearms, indelibly inked with the evil that happened. That existed. That my husband’s mysterious “they” shouldn’t have let happen.

As a voracious reader, even at a young age, my steady diet of Holocaust literature wove the Diary of Anne Frank in between editions of The Babysitter’s Club. As I saw myself in my peer, Anne — starting any number of my own journals, sometimes naming them Kitty, too — I already asked myself, could I be a Miep Gies?

I read Lois Lowry’s Number the Stars and asked for a necklace with a star of David on it, practicing squeezing it in my palm to see if it made the same imprint as it did on Annemarie’s hand when she ripped it from Ellen’s neck. We were not religious, but somewhere, I knew, that symbol was me. But growing up in liberal, progressive Seattle, I also seemed to sense that when “Never Again” happened again, I would be on the other side of the story.

In Hebrew school, the history of the Holocaust came alive through books, and through speakers. We were kids, but we never questioned why. We innately knew.

But sitting across from my white, midwestern, Christian-raised husband, I understood. I couldn’t find the words, but an editor I know tweeted exactly what I thought: The reason this was drummed into our heads from a young age wasn’t just “never again” will we let our people be attacked. “Never again” wasn’t about when it happened to us again, she pointed out, but “when it happened to anyone.” Muslims, Mexicans, people of color. Anyone.

As I got older, my Holocaust literature section grew.

I read Night and Elie Wiesel spoke at my college graduation: an older, more eloquent version of the grandparents from my Hebrew school class. The wrinkled skin, the hard “v” of the Eastern European accent, it was all the same. How is one to fight fanaticism, he asked us, as we stood on the brink of our futures? “Whatever the answer, education must be its principal component.”

As an adult, I read Markus Zusak’s The Book Thief when it came out, then Anthony Doerr’s All the Light We Cannot See – I hated the writing, but couldn’t put it down. Because I can’t stop reading the books that teach me, that remind me. The books that made my hair stand on end the minute I heard the first Trump rhetoric. The reason that language my husband saw as meaningless perked my ears—the dog whistles ringing shrill and deadly in my ears.

I don’t know yet how my education will be used to fight fanatics, but I know that I need to fight them. I know that I can’t do it without the books. Books that both break and mend my heart when I look at blue-eyed, blonde-haired daughter, and think how she’d fit in if she needed to go to Sweden like Ellen Rosen, or hide in Amsterdam like Anne Frank. Or if she’ll be Annemarie, risking flesh to hide a friend. Over breakfast one morning, I place a mobile order for Erik Larson’s In the Garden of Beasts for my husband. I can’t explain that the “who” that let the Holocaust happen was him, was me, was us — with our white privilege and our wobbly, color-sensitive bubble. I don’t know how. I can only supply books that show him how it happened before. And then figure out how to be vigilant today, before it’s too late.