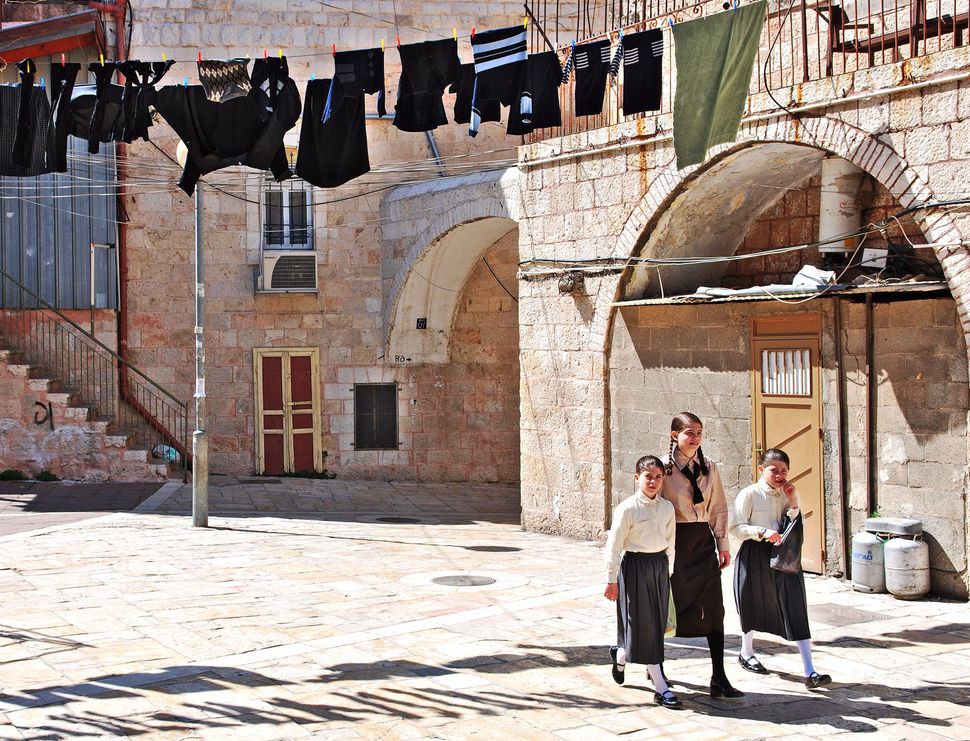 Upon reading Michelle Honig’s article “Why This Orthodox Layering Trend Has to Stop”, I felt more worked up than I might have expected about a fashion item, albeit an extremely popular one laden with meaning.

In her article, Ms. Honig attacks the “Kiki Riki” brand shell, a ubiquitous clothing trend used to ensure modesty for what would be considered revealing outfits for observant women. She critiques this garment from many angles, focusing on its questionable fashion sense, and concludes by observing that the obligation to conform to male-defined modesty codes frees her into thinking “outside of the box” and making creative fashion choices.

The unstated question remains: Why would restrictions imposed by men be necessary in order for women to dress creatively? What legitimacy, in fact, do such restrictions hold?

By critiquing minor aspects of tznius, like shells, women may claim to have a degree of control over their bodies and how they choose to cover them. Yet adhering to normative modesty codes, by definition, cedes this control. Any alleged “creativity” involved in selecting an outfit which will not offend or disturb Jewish men is a sad and minimal compensation. Mild complaints about minute details only grant tacit legitimacy to this system. While almost everyone is obligated to accept limits on how he or she dresses — considering factors such as age, profession, and, more problematically, gender — Orthodox women must conform to specific limitations defined by men.

I find Ms. Honig’s assertion, that modest fashion allows for creativity, to be paradoxical. How can one both accept male authority in this area, and yet claim to circumvent it at the same time?

However a woman chooses to adhere to modesty, shells or not, the rules she complies with are predicated on male anxiety about women’s bodies and the potentially dangerous responses which the sight of women’s bodies may provoke.

I teach in an allegedly centrist Orthodox boys’ high school. Whenever I present an image of women in history, from Nefertiti to Abigail Adams to Rebecca Gratz, I am greeted with the anxious accusation by the students, “That’s not modest,” regarding these women’s attire. They immediately recognize off-the-shoulder dresses or petticoats as signifiers of a code in which men are entitled to prescribe appropriate limits for women’s behavior. Any attempt to engage in dialogue with them about this would be met with a conviction that they are following Torah, rather than expressing fears of female challenges to men’s authority.

The moment children are taught that these parameters are supposedly timeless, suddenly an equivalency emerges: A woman’s wearing pants or even a short-sleeved shirt is now tantamount to the consumption of trayf meat or watching a movie on Shabbos. Even historical women figures, distant in time and sometimes place, can be removed from their context, to be subjected to a contemporary process. Their clothing choices, and all which these imply about female autonomy, must be judged.

Layers of clothing in modest dress codes correspond to layers of tradition and authority. The brightly colored and widely available shells which women add to outfits in order to conform to these codes offer a promise of creativity, but this seems less of a choice and more of a shell game.

Emily Schneider is a writer and Jewish educator in New York City. Her articles about children’s literature, Jewish culture, and history have appeared in The Forward, Tablet, Jewcy, and “Family Reading” at The Hornbook.