The Time I 3-D Printed A Sukkah 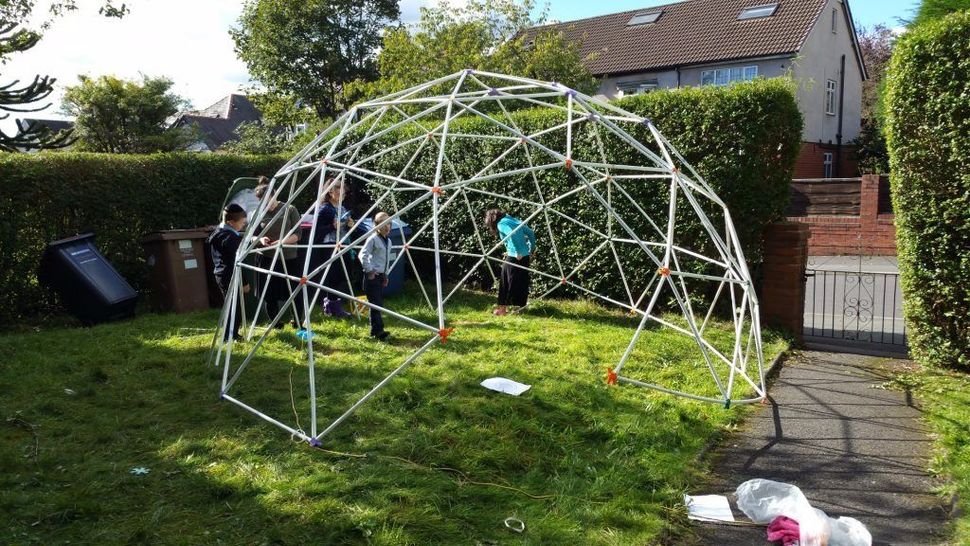 For around 3,300 years, Jews everywhere have been building sukkahs. While the Romans no longer build aqueducts, the pyramid-builders have moved to Vegas, and even the druids no longer work in Stonehenge: We here are still building our holiday booths.

It’s this time of the year that in hardware stores from Boston to Beit Shemesh, slightly dazed Jewish men can be spotted buying seemingly unrelated items, from which they hope to fashion a lean-to that will survive the local elements.

They did this in ancient times in the Israeli hardware stores of twelve tribes, the confusion persisted in Babylon, the Pale of Settlement and the nascent Palestine under the Ottomans and the British, into the modern State of Israel as well exotic locales such as Manchester, England, where I reside.

How this simple booth has survived death, destruction and disaster still boggles my mind: No grand arches, monoliths or vast steel constructions. Just some sheets of wood, and purloined or legally begotten greenery. Paper chains and tinsel is optional.

The moral of the story is: Think simple. That way it lasts.

As wonderful as this sounds, I confess that there are times I have failed to follow this axiom.

I was born a geek, always enamored by architecture, technology and science fiction. So the idea of a 3-D printed sukkah came to me one evening, weeks before Sukkot, when I made up a bedtime story for my children in which a geodesic dome turned into a sukkah.

I started to wonder: Had anyone thought of such a thing?

Some fiddling around with my CAD software soon introduced me to the pleasures of the icosahedron (a polyhedron with 20 faces), its frequencies and classes.

So I decided to test the design out, buying the cheapest plastic piping I could find, which turns out to be the stuff they use for overflow pipes from toilet cisterns. Not an entirely auspicious start, but I wanted a proof of concept before investing my scant resources of spare time and misbegotten lucre.

Much to everyone’s surprise, mine in particular, the Star Wars Interceptor Shield look-alike cupola that is the roof of a geodesic dome was quite a success. The rods were held together using 3D printed hubs of my own design, and all-in-all, it looked like a triumph was in the offing.

As Sukkot loomed, the 3D printer was working 24/6 to produce plastic parts.

Nothing short of a miracle was required to take what was at best an alpha-stage design to tangible reality, but the wonder truly manifested itself, albeit slowly.

This, as with Noah’s ark, provided much wonder and merriment to my neighbors.

“Is it a climbing frame?” they speculated.

“Perhaps a solar array?” others conjectured.

Few, truly few, proposed that it might indeed be a booth for that ancient festival of Mosaic pedigree.

And so for a month prior to Sukkot, the debate around the halachic ramifications of 3D-printed, rip-stop nylon, polymer-pipe-based-booths raged, waxed and waned.

And then Yom Tov drifted in, peacefully as it does.

Along with over six hundred visitors who all posed the same question: “Where are your walls?”

Get the full details of the construction process, on Dani’s blog.

The Time I 3-D Printed A Sukkah