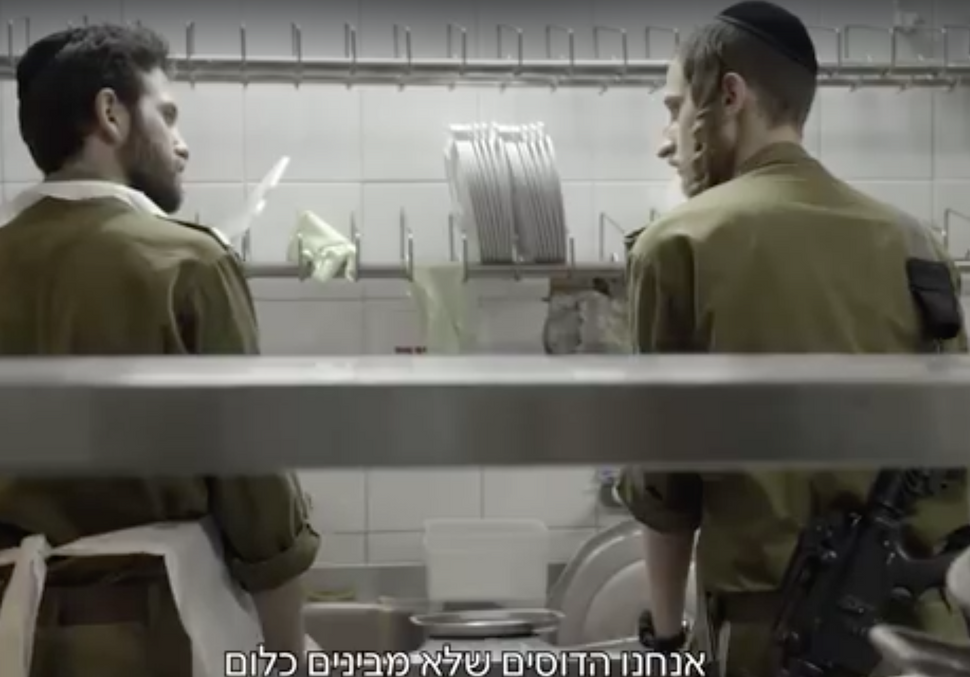 Israel’s Keshet TV is releasing a new drama series, “Kipat Barzel”, about three ultra-Orthodox young men who have chosen to serve in the IDF — despite the communal taboos associated with it.

The series title literally means ‘Iron Dome’, as in Israel’s anti-missile defense system, but which can also translate to ‘Iron Yarmulke’.

Starring actors Roy Nik, Dolev Mesika, and Dani Shtag, the show tells the story of those who don the uniform alongside their tzitzis and velvet yarmulkes — and about the way their families react when they return home. The soldiers have to both deal with a secular army that is still learning to adjust to the needs of religious recruits, while also coping with hostile reactions from their communities.

Mainstream Israeli TV has recently taken a deeper look at Haredi life, with its highly-popular series “Shtisel” (the rights to which were purchased by Amazon).

The choice to produce a series about Haredi soldiers may be reflective of just how common a phenomenon it is becoming in the Israeli street. Interestingly, the show also depicts the diversity of ultra-Orthodoxy’s many sects — with the protagonists hailing from three distinct communities — a subtlety rarely portrayed on the Israeli screen.

The show is set to premiere on November 1. We’ll be marking our calendars.