I Never Experienced Anti-Semitism. Then I Traveled Around Middle America. 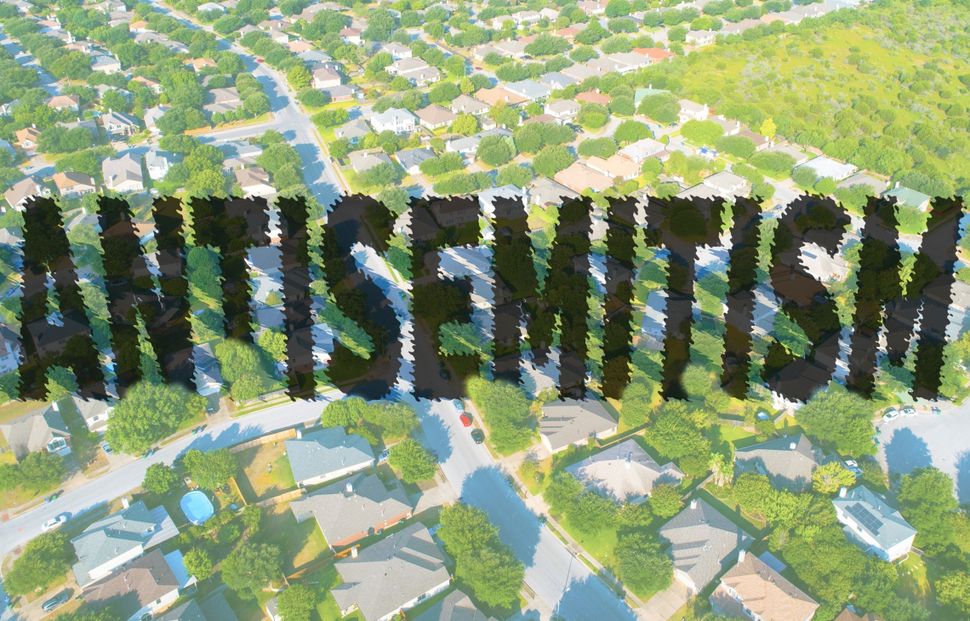 We were sitting on his porch, his dog yapping as people walked beneath the street lights. Over 1,000 miles from home, in Dubuque, Iowa, I was interviewing him about what it meant to be an American, about the things that everyone in our country shared.

When asked about the three things all Americans need to know about our country, he had only one answer: everyone needed to know that the Rothschilds and the Rockefellers had created a regime to undermine America from within. In fact, these men and the globalists they worked with had created the anti-fascist movements that were the real fascists, the fundamental threat to American freedom.

The purpose of my trip is to understand the things all Americans share. The values, the hopes, the dreams that drive us. And yet, for the first time, ever, in my life, I had to confront the question:

What if, by some people’s standards, I’m not a true American?

Having grown up in an affluent suburb of Philadelphia, where many people are Jewish, I always looked at my Jewish identity with pride and humor. The most religious I ever was when I was twelve, and briefly wanted to be a rabbi. I stopped because students at my Hebrew School thought that was crazy. My indifference to religion aside, I felt strongly Jewish. All of my parents’ closest friends were Jewish; Passover was my favorite holiday because of the food and family time; and I loved Jewish history.

But people never thought I was Jewish. With light brown hair instead of black hair, no curls, a nose that was smushed from being broken seven times, I had none of the stereotypical physical features people associate with Jewish people. When I arrived in college, I heard, “I never would’ve thought you were Jewish!” countless times, from people of all religions. People are often critical of Jews for becoming white, for giving up what made them Jewish. I have that privilege more than anyone I know. I can turn away from my Jewishness, and no one would ever suspect that I was doing so.

In an attempt to become a writer and to make sure I better understand our country and my place in it, I’m talking to people to understand the values that unite everyone, regardless of race, religion, or class. I’ve conducted over 100 interviews so far, including ones with Evangelical Christians, members of the Lakota tribe, and military veterans. This trip I am now on, a 6,000 mile trek across America, has in some ways made me more aware, and afraid, of my Jewish identity than ever before.

When I set out, it was two weeks after the events in Charlottesville, Virginia. I listened to the chants of “Jews will not replace us.” I read the ideas of some of my friends, well-intended, incredibly thoughtful liberals, who tried to downplay the role of anti-Semitism in the march. And I cringed as I heard my brother and parents say something they never had before: Don’t tell people you’re Jewish in some of the places you go to. It’s just not worth it.

At first, I thought they were naïve and foolish.

Most of the time, people haven’t even mentioned Jews or Judaism. In fact, in conversations with factory workers in Ohio and Christian business owners in Wisconsin, I heard a lot about freedom of religion and respect for people of all faiths as central to American life.

Early in my trip, I did have a tenuous moment, though. In Pittsburgh I talked to a woman who made several comments about the Jews controlling the media. When I told her I was Jewish, however, she asked me all about what it was like. She, as a Trump voter, apologized for what happened in Charlottesville. I had opted into my Jewishness, and it had rewarded me with a great conversation, with hope that being a Jew doesn’t mean I’m not an American.

But on that night on that porch in Iowa, I couldn’t do the same. Two weeks before, when I told an Evangelical Christian that I was Jewish, he remarked, “You don’t look or sound like a Jew.” And then he imitated what he thought a Jew would sound like, while crinkling his nose and hunching over. At that time, I tried to laugh it off.

This recent memory in mind, however, my eyes watered in Iowa. I looked at this man, as he talked calmly about how all of our problems could be traced to those wealthy Jews. It reminded me how when the KKK was re-founded in 1915, they were concerned with the Jewish presence in America. I grimaced as I reflected on the fact that Jews are the victims of hate crimes in America at a higher rate than either Muslims or black Americans (which in no way downplays the horrors these groups deal with).

I thought about how Jews have been quite successful, educationally, economically.

I wondered if perhaps this Jew-hatred is much more pervasive than I ever imagined.

And I asked myself the question I think many Jews are asking themselves right now: In this time of renewed anti-Semitism, do I turn towards my Jewishness, or turn away from it?

There isn’t really an answer to this question, for me, or for many. This man would not have been compelled to like Jews more because he met one. I don’t think I would have felt more Jewish if I stood up to him, if I challenged his thinking. I would have probably just felt more afraid.

This moment, more than anything, pierced my bubble of whiteness and American-ness.

It reminded me that no matter how old I grow, how smushed my nose is, or where I go to college, to some people, I’ll never be an American. I’ll always be a Jew. We’ll always be the Jews.

And it’s that knowledge that makes me want to embrace Jewishness as a part of my identity. I think others should do the same. Not everyone needs to go to shul every week. We don’t have to all suddenly keep kosher. But if we’re going to be Jews no matter what, we may as well be public about it. We may as well go to Jewish fundraisers, support Jewish causes, and attend synagogue when we can.

With it being the New Year, having just repented for our sins, let’s consider making a communal pact:

Don’t let myths about the Rothschilds and the ‘globalists’ take Judaism away from us.

James Piltch is a writer road-tripping across the country talking to people about citizenship. His website is www.citizensstory.com

I Never Experienced Anti-Semitism. Then I Traveled Around Middle America.