Mayim Bialik Is Right About Beauty Obsession. My Orthodox Community Can Learn From Her. 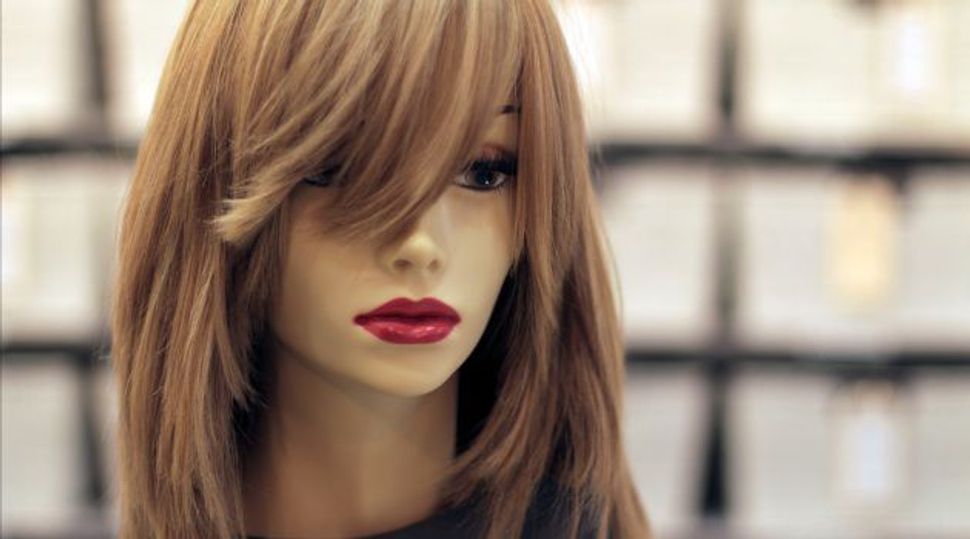 When Mayim Bialik wrote about the power of modesty, amid the promiscuous values of Hollywood — as an Orthodox Jew, I was deeply moved.

Not only was it empowering to hear a Hollywood actress extol the Jewish ideals of modesty, but it also struck me as an ever-more relevant reminder for my own community.

In her New York Times op-ed last week, Bialik explained that she dresses modestly because she wants to be seen as a woman with a brain, personality and values; the identity that she clearly takes pride in, rather than just a face and body.

And while she was clear to blame licentious men for their acts, she also wrote that we can’t be naive about the world we live in. “In the meantime, I plan to continue to work hard to encourage young women to cultivate the parts of themselves that may not garner them money and fame. If you are beautiful and sexy, terrific. But having others celebrate your physical beauty is not the way to lead a meaningful life.”

The backlash was relentless. Critics claimed she was shaming sexual assault victims — a view that I found unfair if you read her whole piece, and certainly in light of her previous writing and views.

But her words struck home, not just because I appreciate modesty, but rather because I wondered if us modest dressers needed to hear her message, too. Although her message is Jewish in nature, and pretty Orthodox, too — perhaps her admonitions are just as applicable to the frum world as they are to Hollywood. Is her critique, of those who value externals over true internality, something that all of us need to hear, even those of us who adhere to a code of modesty?

After all, with all of our emphasis on appearances and weight in the Orthodox communities and particularly within the context of shidduchim, aren’t we sending a clear message to our daughters that their most precious commodities are their faces and figures?

Clearly to be attracted to one’s spouse is important, but how often does a man discount a suggestion for a shidduch or turn down a second date, not because the woman is “unattractive” but because “she isn’t his look”? Shouldn’t our frum boys be taught in yeshiva that while a man has to be attracted to his wife, attraction is only one part of the equation? That attraction grows over time? That rare is the woman who wakes up in the morning with a full face of makeup and perfectly styled clothes… not to mention how few women can easily stay slim after popping out several children? Shouldn’t frum boys feel uncomfortable to turn down a shidduch on the basis of looks alone — particularly when they haven’t given any time to get to know the woman’s personality or character? Isn’t that attitude truly defining a woman by her looks?

This focus on the external has spread so that even after marriage, it has become the expectation for a woman to hit the gym after having children so she can once again squeeze into her previous size. It has created a society where it was once suggested to me by a man I dated that I should put on lipstick on Yom Tov [holiday], despite the fact that we both believed it was assur, because I would look better.

It has created a society where in some circles, the expectation for our frum women is to spend their days at coffee shops in beautiful clothes and perfectly curled sheitels discussing home decorating and recipes, whereas women who come across as too learned or vocal are looked down upon as opinionated and aberrant. Don’t we want our women to be appreciated for their novel ideas, their insights, their religious passion and their talents, more than just their appearances?

As we read through the book of Genesis, we take notice of the matriarchs described in the text. Yes, we are told they were beautiful, but does the text focus on their appearance, or on the fact that they were hard working, passionate women who did what they believed to be right? Isn’t Eishet Chayil, the ‘Woman of Valor’ liturgical poem which we recite every Shabbos and which we hold as the standard of the ideal woman, more about the care that a woman puts into her family, work and community — more than her appearance?

If some of our frum communities are indeed becoming influenced, indirectly, by the values of a beauty-obsessed Hollywood, maybe we too, should take a good listen to what Mayim Bialik has to say about looking past externalities and celebrating what truly makes our women special.

Ariela Davis is the Director of Judaics at Addlestone Hebrew Academy and the Rebbetzin of Brith Shalom Beth Israel, the historic Orthodox synagogue of downtown Charleston, South Carolina. Ariela has taught Jewish law in various communities and writes and speaks about topics related to Jewish thought and Israel. She and her husband, Rabbi Moshe Davis are the proud parents of four children.

Mayim Bialik Is Right About Beauty Obsession. My Orthodox Community Can Learn From Her.