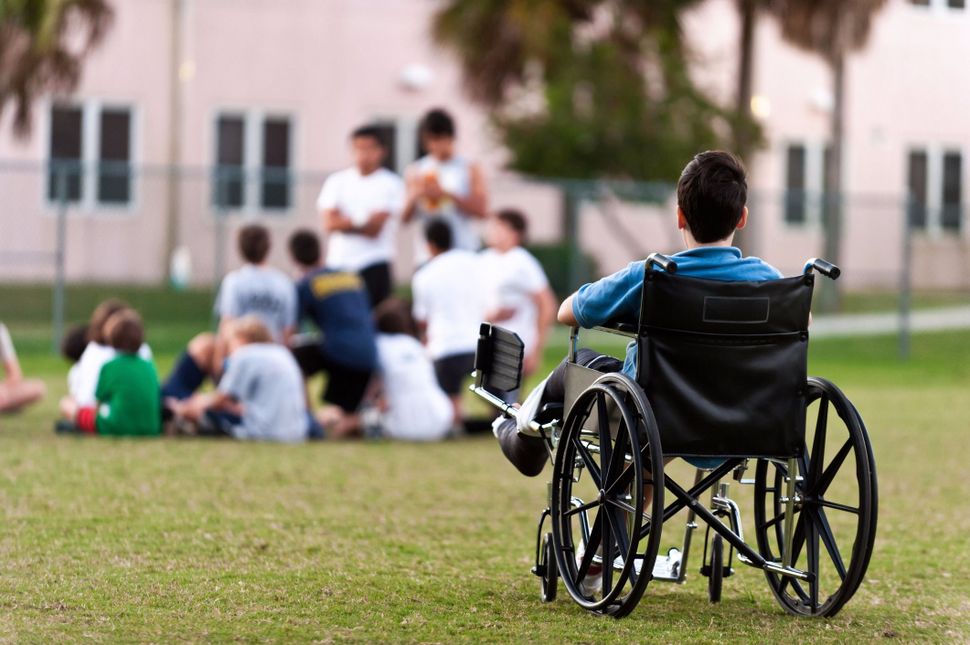 Disabled child is left out of a school activity. Image by iStock 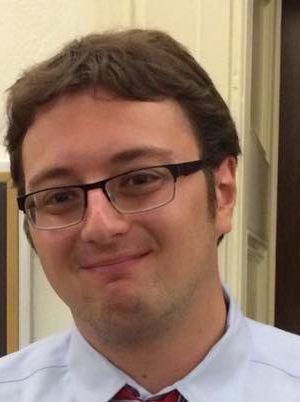 While there are indeed monetary barriers in the American Jewish community, inequality is not restricted to only dollar signs, but also to letter grades, physical barriers, and other obstacles.

This phenomenon in our community is particularly found in Jewish day schools, which experts and advocates say are remarkably behind in providing equal opportunities for those with physical and learning disabilities.

Without much data, we cannot fully measure Jewish day schools’ access for students with disabilities, whether physical, learning, or other cases that qualify under the Americans with Disabilities Act (ADA). Though providing education for thousands of students, religious institutions like Jewish day schools are exempt from the ADA’s requirements.

Without this oversight, renowned disability advocate Ari Ne’eman believes Jewish day schools are falling short in their obligations to disabled students. “Our community needs to do better around students with disabilities as a whole,” he said.

Because of the ADA exemption, Ne’eman argues, the legal options for Jewish students with disabilities and their families are limited. “When you have a situation where you’re operating under a lower legal standard, and families and students that face discrimination don’t have any recourse, then that’s a problem,” he said. “And it’s not a surprise that we tend to see worse outcomes.”

At a secular private school, a student who uses a wheelchair must be accommodated if a course is taught on the second level, either by moving the class or holding it in a building with an elevator. A blind student would be provided braille or alternative print. A student with learning disabilities may be allowed extra time on exams. In all these cases, a Jewish day school is not obligated to provide anything, however. “Some of these certain things Jewish day schools might do voluntarily” said Ne’iman. “And some of them are things they may not.”

Prominent Jewish disability rights leader Jay Ruderman said that, overall, “Some schools are doing a fantastic job, while others are looking the other way.”

But without any report, annual or frequent, that highlights how Jewish day schools fare over students with disabilities, it is difficult to ascertain the precise magnitude of the issue.

According to Ne’eman, solutions may entail requiring day schools to receiving funding from Jewish federations to report the number of students with disabilities being accommodated or provide a breakdown of efforts made to better accompany such students. “That which is measured gets attention paid to,” remarked Ne’eman.

The Jewish Federations of North America did not respond to a request for comment.

Ruderman struck a more optimistic tone. “Jewish schools are continuing to become more inclusive of students with all disabilities. Schools are not only accepting children with disabilities, but they are also recognizing them and their families as valuable contributing members of the school community,” he said. He admitted, however, that with the focus on maintaining current enrollment rates, there remains “a lot of work to be done.”

“Mindset can have a big impact,” Ruderman said. “Schools need to recognize that inclusion benefits all students, not just those who have disabilities. From the perspective of Jewish continuity, all of our Jewish institutions, including our day schools, need to do a better job of including the 20% of our population that has a disability.”

He added, “If we continue to exclude, we will not only lose 20% of our population, but we will lose their family members as well. Once we recognize that inclusion can be a powerful tool to strengthen our communities, we will view accommodations as a vehicle for achieving our goals, and not as an expense or burden. This shift in mindset will lead to powerful and creative change.”

The exclusionary practices of some Jewish day schools extend to their emphasis on higher-level class. “There is a culture within many Jewish day schools that prioritizes achievement in the traditional sense — getting high grades in honors and AP classes,” Ruderman said. “If educators infuse their classrooms with creativity and flexibility, many students with disabilities will have great success in these classes.”

Changing these policies would allow Jewish day schools to truly accomplish their mission. “Including students with disabilities enables Jewish day schools to embody the values they claim to hold — that all people are created in God’s image, for example,” said Ruderman. “Inclusivity carries with it several important lessons for our students — lessons about the abilities of all people — that are not contained in many honors or AP curricula.”

Leah Edelman, who graduated from Ida Crown Jewish Academy in 2010, said that her school provided an acceptable education despite only taking regular-level courses. “Every class had its challenges,” she said. “I appreciated the individualized attention I received from teachers. When I needed extra assistance, some teachers really went the extra mile to help me out.”

“My English classes were most effective in preparing me for college,” she added. “I remember one of my professors praising me for an essay I wrote and inquired where I attended high school. When I told him I went to Ida Crown Jewish Academy, he said he wasn’t surprised.”

At the end of the day, the Jewish community nationwide must apply the concept of “v’ahavta la’raych hakamocha” (“Love your fellow as you love yourself”) to those who are not as lucky as others. No Jew should be denied an education for either financial or disability reasons.

Jackson Richman is a senior studying political science at The George Washington University. He has interned at The Weekly Standard and The Daily Caller. He’s a frequent contributor for Red Alert Politics and American Action News. You can follow him on Twitter.