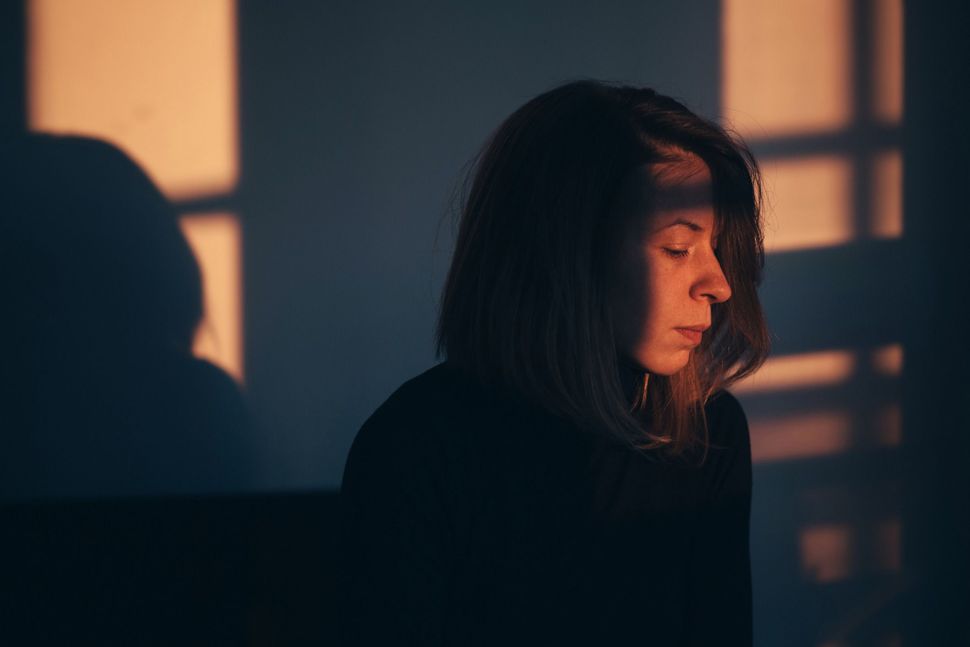 When people tell me, again and again, that the Orthodox community has gotten better with regard to mental health issues, I secretly cringe.

They point to the Jewish magazines, the organizations, the public talks, the community initiatives, as proof that Orthodox Jews, as a community, are no longer afraid to look mental illness in the face and own it as something that exists within its holy ranks.

“Are you sure about that?” I ask, aware that my status as a formerly religious person automatically excludes me – in their eyes – from having a fully valid opinion on this topic.

Because I’m pretty sure that the Orthodox community has evolved, but not as much as they need to.

However, like all things in the Orthodox community, cultural norms develop, and if you’re going to be a mentally ill Orthodox person, you’d better pray that you’re the right type of mentally ill.

I was scrawny and sunken-eyed with declining liver function and the beginning stages of osteoporosis in my hips and lower spine when I was first hospitalized on an eating disorder unit. I received therapy, nutritional counseling and medication, but primarily, I gained weight.

Over the course of my eating disorder, I relapsed three times, requiring a total of four hospitalizations. I continued to keep the parameters of my mental illness fairly rigid. I only restricted – never binged or purged. On some occasions, I slid towards exercise addiction, but managed to reign it in before I did permanent damage to my body.

Ultimately, I’ve achieved the closest thing to real recovery. I’ll always keep a wary eye out for the voice of the eating disorder in the back of my mind, but it’s no longer something that stops by for regular visits.

Even while I was still religious and actively involved in the Orthodox community, I could share my story of anorexia and recovery, and elicit mostly respect and compassion from those around me. My story fits within the framework of how the Orthodox community would like to integrate mental health awareness: I was sick – I fought my sickness – I got better. Tipping the scales even more in my favor was the fact that I’d literally been in a hospital and had medical symptoms to boot. This was comfortable territory.

My eating disorder didn’t stop me from getting married. It never stopped me from making Orthodox friends. A few of the more popular seminaries in Israel rejected me because I honestly reported my hospitalizations on their applications, (or maybe it was because I said I liked to read memoirs and true crime books in my interview?), but overall, being anorexic in the Orthodox community was acceptable.

My friend is a cutter. She takes blades to her skin because the pain she feels when the blood runs down her leg is less than the pain she feels every moment of every day. Her brain is wired differently. Every slight is a brutal blow and basic relationships are more complicated than trigonometry. When I see bruises on her arms, I don’t ask where they came from because I don’t want to know. And because I already do. Her mental illness is not easily labeled, not easily medicated, not easily defined. She’s at six hospitalizations and counting. There’s no pretty story here, just scars and stitches and proof that God can’t – or won’t – fix everything.

There’s my friend whose persistent suicidality permeates every part of her life. Bound by a sense of obligation and the knowledge that she will devastate her family and friends if she actually takes her life, she lives a tortured existence where waking up every morning feels like a punishment and every prayer thanking God for giving us life feels like a cruel joke. So she prays for death and lives her life in a way that makes it a real possibility. She smokes cigarettes, not because she likes how they make her feel, but because she hopes for cancer. She’ll take a handful of anti-depressants, sleeping pills, and benzos and then hit the road at three in morning going ninety miles an hour, hoping for the worst – or in her case, the best. She buys weed from corner kids, hoping it will contain something deadly. All the while, she’s fielding shidduch suggestions from people who are dazzled by her beauty and outgoing personality.

My other friend is an addict. Wait – I know you want to tell me that the Orthodox community has come so far with this. Just hear me out. She’s not a pretty addict. She’s not simply popping increasing amounts of prescription pain pills or drinking copious amounts of liquor after her children go to sleep. No, she’s snorting her child’s ADHD medication and drinking cocktails laced with cough syrup. What she does when she’s high would make you blush. Yes, we know kids are dying from fentanyl-laced heroin. It’s horrible. There are many shades of horrible.

But the problem is even more pervasive than that. My friend, besides for her raging addiction, is a nice Orthodox mom. Yet if her community really knew, would they own her? Or would they cast her out and claim that “she must not really be Orthodox if that’s what she’s doing”?

You don’t read about these stories in Mishpacha magazine though. Can you imagine the letters to the editor? What are Orthodox people so afraid of? Why is it forbidden to write about the harshest realities of mental illness?

As a recovering anorexic, I’ve lived this reality. As a therapist, I work with it daily. Even though I no longer inhabit the Orthodox world, allow me to enlighten you about what some of your Orthodox neighbors are experiencing.

There are people experiencing depression so dark that making it through each day is a Herculean effort that cannot be imagined by someone who has never faced this particular demon. They may be fully functional, but that doesn’t mean that their hearts aren’t weighted with stones. They are not choosing to feel this way. They are not depressed because they have a lack of faith, or because they are spiritually flawed. To tell them this is both arrogant and cruel. Medication and therapy may help, but it also might not.

There are people who are experiencing anxiety so intense that every breath is forced through a clenched jaw and an aching chest. Every day is filled with fear, and every night is haunted by what went wrong. Following halacha is a waking nightmare. Joking about having OCD is a knife to the gut.

There are people in the clenches of addictive behaviors: Drugs, alcohol, sex, gambling, self-harm, shopping, you name it.

Mental illness bleeds. It doesn’t fit into pretty boxes. In the Orthodox world of black and white, mental illness is too messy, too amorphous, too contagious, and potentially too genetic to really be accepted. It’s not fair to cherry pick which mental illnesses can be acceptable and which ones can’t.

It is my dream that one day the Orthodox community will pull down the shade of denial, look around, and realize that mental illness has been there all along. Pretending it hasn’t has only created more of it. If you believed me when I wrote that I was fortunate to have anorexia, then you don’t know as much as you think you do.

You know Orthodox people who are mentally ill. It may be your parent, your siblings, your child’s teacher, your neighbor or even your rabbi. It may be you. Be kind to these people, because they are fighting a hard battle.

Be kind, because you are not immune.

Miriam Rose grew up in the Orthodox community of Baltimore, Maryland, and today works as a therapist with youth.