The Origins Of Halloween Are Pagan. But That Doesn’t Mean We Should Avoid It Entirely. 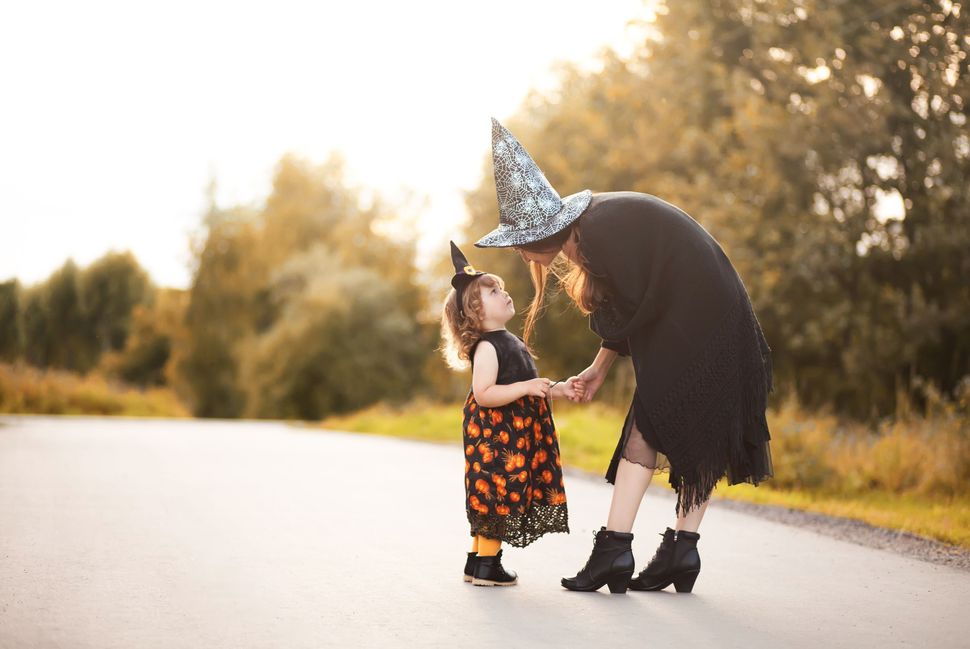 When my children were young, they attended preschool at our local Jewish Community Center. While there, with the exception of Nowruz (Persian New Year), they had no in-school experience with any holiday that was not a Jewish or an American one. No Christmas or Easter. No St. Valentine’s Day or St. Patrick’s Day. And no Halloween.

At no time did we feel that they were lacking opportunities to celebrate, given the plethora of Jewish holy days and festivals. Had we completely wanted to avoid the secular and Christian holidays, we could have shut off the television, drawn the curtains, and refrained from entering any store for most months of the year.

But our goal has never been to withdraw from secular society. I just wanted to cocoon them as much as I could for their most formative years, and envelope them in as many Jewish experiences as possible. Knowing that we would be sending our children to secular public school, we reasoned that they would have plenty of time to learn how to navigate a non-Jewish society as a religiously-engaged Jew.

In an attempt to justify the time I would be expending to add yet another holiday to our rather full dance card, I devoted a great deal of thought to Halloween and its place in our lives: How would celebrating Halloween benefit our family? Would participation erode our children’s connection to Judaism? Were there values encourage by Halloween participation that contradict our family’s values?

In its current form, this holiday is certainly not Jewish. Its origins are probably Celtic – and definitely are pagan. Samhain, a Gaelic harvest festival celebrated by Pagans and Wiccans, is considered one of the ancient holidays that gave rise to the holiday we know as Halloween.

As a lover of history, it would be disingenuous for me to discard a holiday due to its pagan origins.

After all, many of our own Jewish festivals retains vestiges of ancient cultic practice that have been re-appropriated through a rabbinic prism. (Consider our practice of hitting the ground with the lulav on Hoshana Rabbah.)

However, beyond being a celebration to mark the end of summer, Samhain carries with it elements of a death festival and involves the afterworld. Many Jews today – including me – acknowledge that contemporary observance of Halloween in no way involves the cultic rites that were once a part of the holiday’s early days. However, vestiges of those rituals remain. Costumes, jack-o-lanterns, and imagery of the occult all find their origins in ritual practices that belong to others. Even trick-or-treating was originally the method by which the poor would beg for food in exchange for reciting prayers for the dead. (Like earning parnasa for saying Kaddish, maybe?]

Halloween, then, is essentially a festival of the dead and all of its corresponding superstitions and folklore. This is where I find my first departure between Halloween and Jewish belief: Judaism celebrates life.

After all, was it not God who said: “I set before you life and death, blessing and curse. Now, choose life so that you and your children may live.” (Deuteronomy 30:19)

Second, there is a certain element of Halloween that makes me extremely uncomfortable: the “trick” aspect of Halloween. Egging, toilet-papering, forks in the ground – these so-called innocent pranks go beyond the mischievous. They are meant to be destructive, both physically and emotionally.

Additionally, our family is fortunate that we are able to provide our children with their needs and many of their wants. With more than 41 million Americans living with food insecurity, I question the ethics of encouraging my children to wander through our upper-middle-class neighborhood, essentially asking for handouts of Hershey bars.

Perhaps I would feel a whole lot better about Jews celebrating this markedly not-Jewish holiday if they would apply the same fervor and religiosity to their observance of Jewish holidays. Americans are expected to spend $8.4 billion on their Halloween candy, costumes, and decorations. I wonder how much American Jews spend on their Sukkot decorations and food?

Ultimately, having encouraged our children to attend public school and engage in modern society, we permit them to participate in Halloween activities – to a limited extent and never at the expense of our Jewish values or practice. In other words, no scary, bloody costumes. We don’t decorate. No discussion of costumes until the Jewish fall holidays (through Sh’mini Atzeret/Simchat Torah) are over. And we talk about issues of food insecurity in our community and brainstorm ways that we can help others put food, including chocolate, on their tables.

Where I was once a strident believer that Halloween should be merely tolerated or even avoided, I now realize that to do so unnecessarily creates a divide between us and the rest of America. So that if we do choose to observe it, we devote at least as much energy to our own festivals as with Halloween. And seek out ways to focus on those things that enhance and value life as we continue to straddle the boundary between our Jewish and our secular worlds.

The Origins Of Halloween Are Pagan. But That Doesn’t Mean We Should Avoid It Entirely.