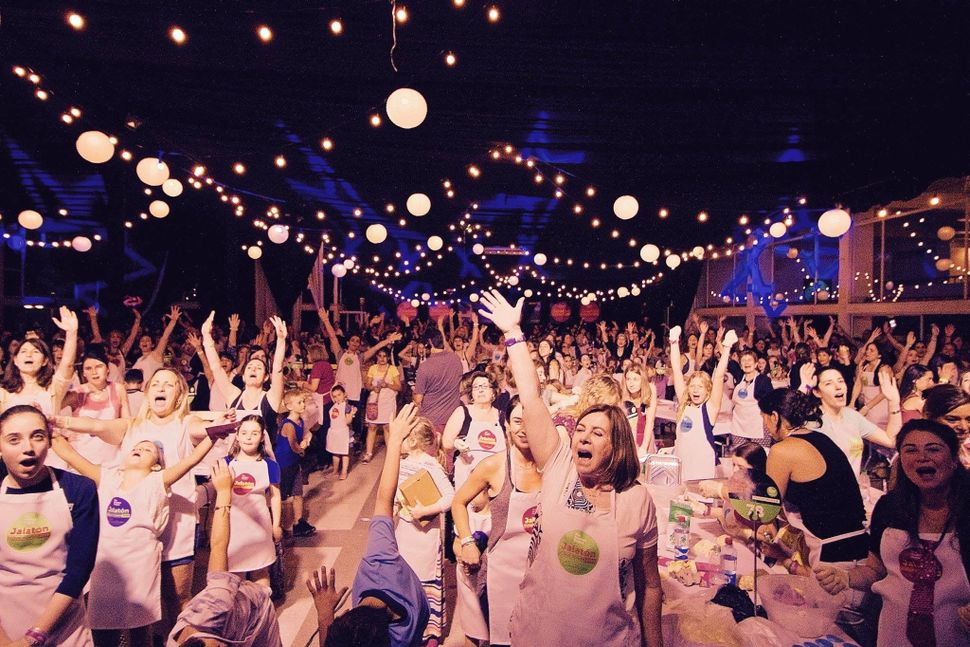 When behavioral economist Dan Ariely once found himself in Johannesburg, he requested a meeting with South Africa’s chief rabbi, Rabbi Warren Goldstein.

A secular Israeli-American Jew, Ariely asked the standard question that he liked to pose to rabbis: “If I was going to keep only one religious commandment – which one would you recommend?”

Goldstein, like every other rabbi he had asked, had answered: “Keep the Sabbath.”

It’s a counterintuitive commandment, Ariely tells me years later: “You work less, do less, in order to achieve more in general.”

These days, explaining the logic behind the Sabbath is much simpler than it was a few decades ago.

In a world where it takes the powerful to set the example to unplug (take Arianna Huffington or Glamour magazine’s former editor in chief Cindi Leive), and where consulting firms are growing popular among executives seeking to minimize their screen-time anxiety — unplugging has become a luxury. While twenty years ago, the CEO showed his importance with a beeping pager, a phone ringing off the hook — now the CEO sits in her office undisturbed. Inbox zero is the new nirvana.

Ariely, a popular psychologist and author of Predictably Irrational, was intrigued by the idea of the Sabbath as an answer to the dilemmas of modernity.

The Jewish Sabbath — in its unyielding, Orthodox form — may offer a moderate answer to those trying and failing at digital detoxes. It is a break that is consistent and measured in dose, 25 hours at a time.

It reminded Ariely of his research on self-control and depletion.

“Self-control is the problem we all have, with now versus later,” he says. “Now – we want to eat and not exercise and watch TV, and later – we have aspirations about ourselves, we want to study and be healthy and so on, but we are susceptible to the near-term temptations. This idea of keeping the Sabbath is a way to replenish your ability to fight temptation and do better – it was very appealing to me on principle, because it fit with this research.”

And so it began. After several days of conversation between the South African rabbi and the Israeli professor — ‘The Shabbos Project’ was born, an initiative to challenge more Jews to try keeping just one Sabbath.

Three years later, what began as a small community project in Johannesburg to collectively keep one Sabbath has spread to over 600 communities to tens of thousands of Jews. Alongside his wife Gina and with a team of professionals, Goldstein began distributing materials of ‘Sabbath 101’, with a simple breakdown of ancient laws and traditions: how to organize a communal ‘challah bake’, how to set up a Sabbath table, how to keep food hot without cooking and how to arrange the lights of one’s home without having to switch them on and off.

The project became viral across Jewish social media — celebrity endorsements from Mayim Bialik and Paula Abdul, promo videos shared, and Instagram shots of set tables and braided challahs, and then, when the sun set, a sudden silence. Everyone turned off their phones, whether they’ve been keeping the Sabbath all their lives or were doing it for the very first time.

For the 2015 Shabbos Project, in Buenos Aires, 5,417 women baked challah one Thursday night. In San Diego, another 11,000 Jews gathered for Sabbath dinners, hosted by friends and volunteers. From Windhoek, Namibia, to Cochin, India, Las Vegas to Barcelona to Tel Aviv, families unplugged to be together.

In London, the local community supplied over 80 families with hot water urns and hot plates: essential props for Sabbath dining.

In Perth, Australia, one fifteen-year old boy organized a Sabbath dinner for his entire class. “Thirty teenagers (sans screens and smartphones) having face to face conversations,” wrote one woman who attended.

In Jerusalem and Brooklyn, even in the ultra-Orthodox enclaves, participants (mostly teenagers) signed up to join the project — seeing it as an opportunity to find new meaning in their weekly traditions.

“The lack of electronics, noise and distraction gave me the head space to come up with a great business idea,” one young businessman from Cape Town said.

The participants are autonomous, expected to keep the Sabbath as a handshake agreement: Simply sign up, pledge to keeping Sabbath completely for 25 hours, and you yourself can host a Sabbath table and invite local participants to join.

The approach is different from the typical Orthodox outreach program, called ‘kiruv’ in Hebrew, literally meaning ‘bringing closer those who are distant’. Too often, kiruv patronizes secular participants, with a sort of messianic need to save the heathens — a forced display of the beauty of religion, sermons that are either condescending or highly politicized.

“This is a people’s movement,” Goldstein, 46, tells me when I met with him one afternoon in the Upper East Side’s Bristol Plaza; he was here on a holiday with his family, and as we spoke, his wife and children rushed to prepare for Friday night. “It’s not top-down here.”

But this project is not simply about lighting candles, attending temple, singing songs together, or deciding exactly how to unplug like The Sabbath Manifesto encourages — it demands commitment, and no cheating for a five-minute phone break. It’s a social contract, an ice-bucket-challenge: Once you’re in, you’re expected to do this fully.

“It has to come with the whole package,” Ariely says, sitting in his Duke University office. “Because if you get people to commit to keeping some parts of it, but not others, it’s not going to work. You need to apply the full Sabbath. And the reason for that is that we want to fight temptation. So we don’t want to give people discretion about what rules apply and what rules don’t apply, because one of the things that research on depletion shows is that just thinking about temptation, even if you overcome temptation, is depleting itself. So even if you pass by a cookie, and resist temptation, you have paid the price because something has been depleted. The idea that you have very strict rules about what’s allowed and what’s not allowed is very important, and if you give people freedom to decide for themselves, it’s not going to work out.”