What Jewish Tradition Tells Us About Helicopter Parenting 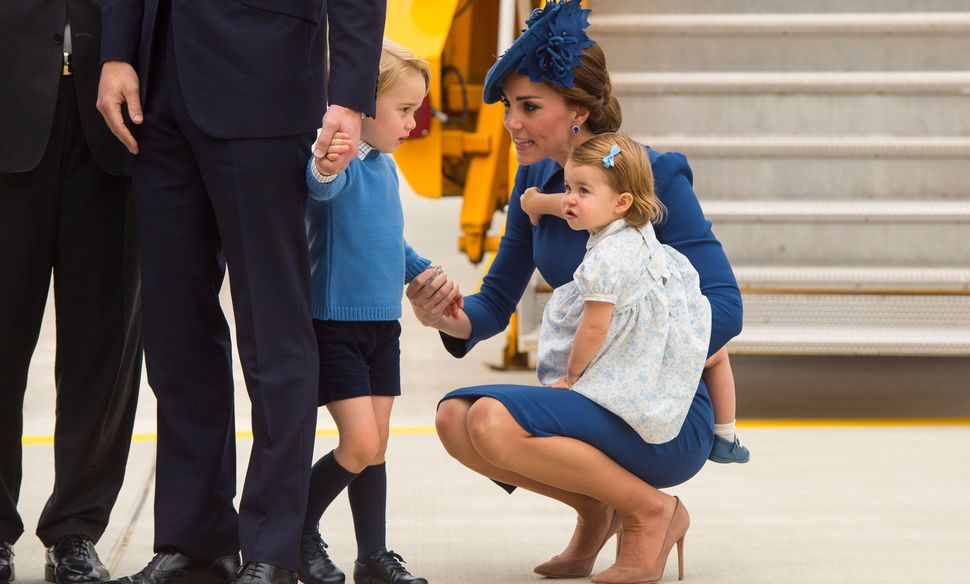 I am a much better parent in public.

When I am home alone with my children, I am quick to anger and slow to forgive. When my son spills his water for the second time during dinner, I grow exasperated and yell at him instead of helping him find a better place for his cup; when my daughters refuses to get in the bath, I holler that they’re not going to get dessert tomorrow, instead of encouraging the imaginative game in which they’re absorbed.

But when we’re in the playground, playing around other children and their parents, I rarely seem to need my outside voice. When the kids spray water from the fountain on each other or refuse to take turns on the slide, I merely exchange eye-rolling glances with other parents and let the kids work it out. Somehow the knowledge that I am being watched enables me to hold myself in check, to restrain my frustration and anger, and to judge my kids favorably.

Of course, Jewish tradition teaches that we are always being watched. The Talmud (Brachot 28a) relates a story about Rabbi Yochanan ben Zakkai, who fell ill and was visited by his disciples. When he saw them, he began to weep. His disciples asked him why he was weeping, and he responded that he did not know whether he was being led to heaven or hell. His students, realizing that he was close to death, asked him for a blessing.

Rabbi Yochanan ben Zakkai responded, “May it be God’s will that your fear of Heaven be like your fear of mortals.”

His disciples were taken aback. “Is that all?” they asked him.

He responded, “If only it were so! Know that when a person transgresses, he says, ‘May no man see me.’”

Rabbi Yochanan ben Zakkai knew that it is often much easier to act properly in public. When others are watching us, we are less likely to commit offenses – not just violations that would get us in trouble, like jaywalking or shoplifting, but ways of acting and speaking that we’d be embarrassed for others to witness. “I hope no one else can see me now,” I sometimes think when I criticize my son for making a silly mistake in his homework, even though I know I should be patient and encouraging of his efforts. There are times when I’m herding my kids home from their after-school activities and I don’t even want my husband to see me, because I know I’m too tired and too irritable to treat my children the way they deserve to be treated. “I hope no one can see me,” I say, as I pile four kids into a stroller that is made for one because I simply have no patience to continue prodding them all to walk faster.

Rabbi Yochanan’s blessing to his disciples has become part of the daily liturgy, and it is one of the first texts recited every morning—as if we all need to start our days with the reminder that we are, at all times, being watched.

“Anyone who commits a sin in secret – it is as if he or she is bumping against the legs of the divine presence,” the Talmud teaches elsewhere (Hagigah 16a), quoting a line from Isaiah: “The heavens are my seat, and the earth is my footstool” (Isaiah 66:1).

I imagine God sitting on a divine throne up in heaven with legs dangling down to earth. Any time we sin when we are alone, we are in fact bumping up against God’s feet. While it is all too easy to sin when alone, it is in fact when we are by ourselves, with no one else around, that we have the greatest potential for intimacy with God.

The Israeli poet Natan Zach writes about sitting by the side of the road people-watching. The poet asks, “Is this how God looks at us / without us sensing anything, without us understanding / without us asking?” Like a parent watching from the sidelines at the playground, God watches us all the time, aware of how we speak to our children both when we are in public and when we are home alone, exhausted after a long day and willing to do or say anything just to get the kids in bed. God is watching, yet we are oblivious.

There has been much talk of late of helicopter parenting. But I find it more instructive to think not of parents who hover, but of those who hover over us as parents. It’s hard to imagine the legs of the divine presence dangling down into my living room, and I don’t think the quality of one’s parenting should be contingent upon faith in God.

But I do find it helpful to imagine that my friend or neighbor has stopped by and is sitting beside me as I feed my kids dinner or read them bedtime stories. “Goodnight moon,” I read, thinking all the while of the little old lady who sits there watching.

Just when I’m about to lose my temper, she rocks back and forth and whispers hush.

Ilana Kurshan is the author of If All the Seas Were Ink, published by St. Martin’s Press. She will be speaking throughout the East Coast on November 6-15; see www.ilanakurshan.com for details.

What Jewish Tradition Tells Us About Helicopter Parenting