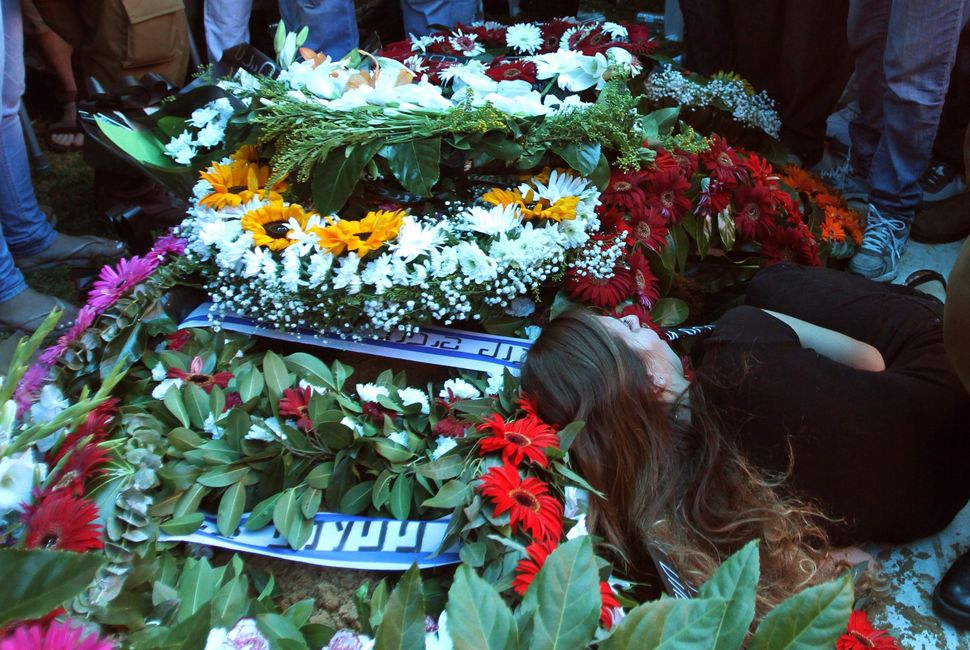 Fifty years ago I became a military widow when my husband of three years was killed in the Six Day War. I was pregnant with our first child.

I saw my husband before his death. Burnt beyond recognition, he was desperately gasping for air.

I looked for a sign, anything that would confirm that this was the tall, strong, handsome, 28-year-old man I was married to. But except for the length of his body, I found none. I screamed at his doctor, pleading with him to tell me that it was a terrible mistake, to release me from the sight that would haunt me for the rest of my life. A sight too horrific and too traumatic for my pregnant body to bear, causing the loss of our unborn child.

These memories ring through my mind as I have spent the past month watching the media blitz surrounding Myeshia Johnson, the widow of Sgt. La David Johnson, following President Trump’s insensitive condolence call to her.

Saddened by her loss, as well as the loss suffered by the three other families of slain American soldiers, all I could think about was that Johnson needed space, and not the publicity storm she was handed.

It has been nearly a month since the four American soldiers were killed in the October 4 ambush in Niger. Almost the end of shloshim — the month-long period Jews are given to mourn the death of our loved ones, beginning with shiva -– the first week of grieving, when family and friends surround the immediate relatives of the departed, to help them face the devastation they had just suffered.

What Johnson needed was respect for her privacy and appropriate time to grieve, like our shloshim. Having spent a month in the hospital, trying to save my pregnancy, I did not have the privacy I needed. That is why I know how precious it is. But for that whole month I was surrounded by a loving family, without whom I would not have survived.

The morning after my miscarriage, I noticed my father-in-law in the hospital’s corridor, searching for my room. It was the first day after shloshim, and the first time I had seen him since the death of his son, my husband. My heart stood still. Please, God, I prayed, let him not find me. The thought of having to tell him that I had lost his grandchild horrified me. So wretched was his expression when I told him the news that I almost could not bear to look at him. But I did. Intently. Compassionately.

When I watch the news around Myeshia Johnson, I can’t help but think back to my own experiences. Suddenly her life as a widow was broken in two: the before and the after. In the after, she would raise her children without their father, and become a mother to a girl who would know her father through pictures and stories only. The thought of this child must be both agonizing and gratifying in the blackness that befell her.

The politicization of Johnson’s tragedy by both sides, and the nearly pornographic use of her loss by the media, saddened and disappointed me, as someone who has gone through this tragedy personally.

Let the young widow of Sgt. La David Johnson grieve with honor and dignity. This is what she needs in the long journey that is ahead of her.

_ Ziva Bakman Flamhaft is a lecturer of political science at Queens College/CUNY, and the author most recently of a memoir “War Widow: How the Six Day War Changed My Life.” Her first book ISRAEL ON THE ROAD TO PEACE: ACCEPTING THE UNACCEPTABLE was published in 1996. To learn more about her work please go to www.zivabakmanflamhaft.com._