The Binding of Isaac: A Lesson In Resistance To Power 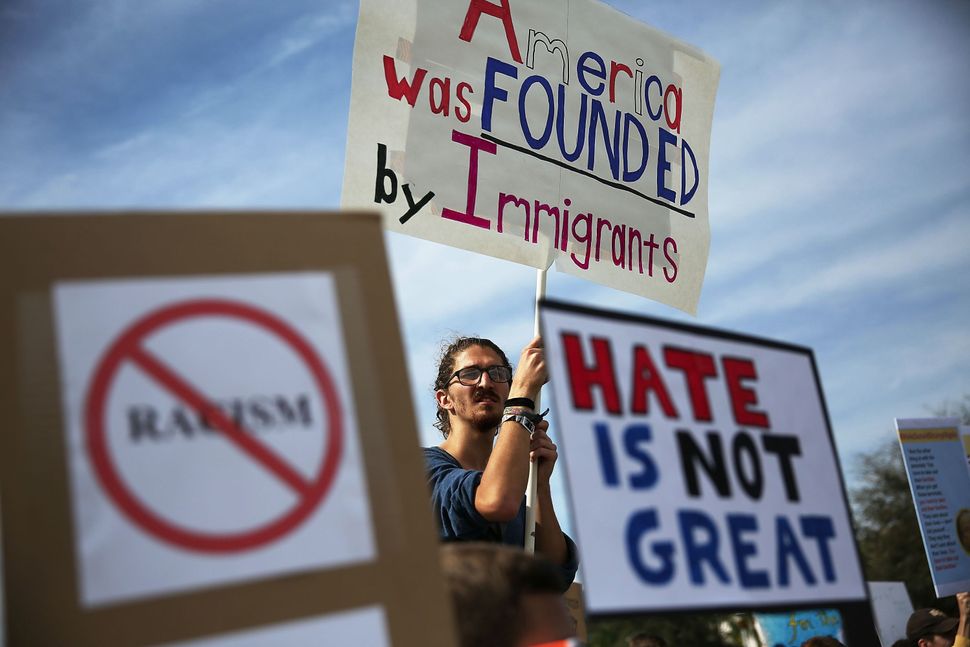 The story of the Akedah — the binding of Isaac — seems out of touch with the times.

As racism and nativism have shockingly returned to the halls of power, in the United States and abroad, we need to be roused to resistance and moved to vocal protest. As pressures for ideological conformity mount across the political spectrum, we need to be moved to value and praise the nonconformist.

Yet the message of the Akedah is, on its face, the very opposite: After all, the Abraham of the Akedah seems the epitome of the dutiful servant, as far from a crusader against injustice as one can be. The Akedah would seem an unlikely source of inspiration for political action today. Yet I believe it can be—and should be.

Admittedly, it might seem more natural to look for inspiration to the Abraham of Genesis 18. There Abraham comes off as a paladin of justice, arguing desperately with God to save the corrupt cities of Sodom and Gomorrah for the sake of the small number of righteous people who may reside there. But that episode is not about resistance. In fact, God explicitly consults with the patriarch over the plans for Sodom and Gomorrah, inviting Abraham’s appeals for divine compassion.

The context of the Akedah is starkly different. God does not consult Abraham regarding the sacrifice of his son; He merely issues a command. Both ancient and modern commentators have sometimes made much of the fact that God, strictly speaking, makes a request of Abraham: “please take” (Gen. 22:2).

But this interpretation shows a tin ear. The powerful often obey social niceties to blunt power’s edge, but power is at work all the same. Could Abraham really have said “no” to an all-powerful God? Just because God says “please” does not mean that he is really presenting Abraham with a choice, that Abraham is welcome to decline.

Yet, even in these inauspicious circumstances, Abraham did resist. This was not the open defiance, the clearly expressed “no,” that we normally associate with resistance. Throughout human history, given the starkly unequal power relationships that the average person typically encounters, open resistance has often been beyond people’s reach.

But, as the political scientist James Scott contends in a seminal study of peasant resistance in Malaysia, that does not mean that the poor and weak accept their lot. They employ varied “weapons of the weak”—foot-dragging, dissimulation, feigned ignorance, gossip, rumor-mongering, jokes, songs—to test and renegotiate the rules that constitute social order, to highlight the ever-present gap between social ideals and reality, to probe and enlarge room for maneuver. Because this struggle is waged in the shadows, we have trouble seeing it, but it is real.

Scott implores us to look for the “hidden transcript” that marks “a critique of power spoken behind the back of the dominant.” The biblical text reveals hints that Abraham, like Scott’s Malaysian peasants, conducts a covert campaign against God and carves out a space for resistance. These are just hints, however, for, as Scott puts it, “the more menacing the power, the thicker the mask.” And how much more menacing can power be than that wielded by an omnipotent, and at times seemingly capricious, God?

“So Abraham got up early the next morning, and he saddled his ass, and he took with him two of his servants and his son Isaac, and he split the wood for the burnt offering, and he got up, and he set out for the place of which God had told him” (Gen. 22:3) The verse relays Abraham’s steps in excruciating and strange detail. Perhaps Abraham is simply conscientious, planning for the impending sacrifice with the efficiency of a quartermaster. But excessive care is also a way of avoiding action. We all have known people— let’s admit it, ourselves! — who plan to a fault, who insist on preparing for every conceivable contingency, and who proceed with so much caution that they never really proceed. Justifying their elaborate preparations in the name of due diligence, they procrastinate. Abraham, of course, has very good reason to procrastinate, for he knows what awaits him and his son.

It is revealing that similarly detailed, verb-heavy sentences — recording the action in “slow motion” according to the literary scholar Robert Alter — reappear only once Abraham and Isaac arrive at their destination.

Perhaps the message, as Leon Kass suggests, is that Abraham does not lose his head, even if Isaac is imminently to lose his: the horrible task that looms does not sway the steady Abraham from behaving with solemnity and propriety. But the biblical text is often noted for its economy, and it is here unusually inefficient, perhaps reflecting Abraham’s own deliberate inefficiency as he seeks to delay the seemingly inevitable. Abraham seems to be taking his sweet time, perhaps hoping that a guardian angel will intervene.

Finally, the angel, in praising Abraham at the conclusion of the episode, echoes the initial command—but not fully. “For now I know that you fear God, since you have not withheld your son, your favored one, from Me” (Gen. 22:12). Notice what the angel does not say: the one you love, Isaac. The imperfect echo may suggest: You, Abraham, seemed to comply with my command, but you withheld the one you love, Isaac. You did not part with him willingly. You employed the weapons of everyday resistance to delay and obfuscate and to resist My will.

During the Akedah, Abraham remains a moral agent, not an automaton. Perhaps this is what God wants and why Abraham passes the test. Abraham’s resistance proves that he is worthy of God’s blessing. God wants Abraham to resist injustice, not perform it.

By this reading, the story of the Akedah suggests that the Jew must, for the cause of justice, sometimes be willing to break the law: “Do what is right and good in the sight of the Lord,” the Israelites are later commanded (Deut. 6:18). Abraham’s quiet resistance is his way of trying to do what is right and good—amidst circumstances that seem terribly wrong. This is what makes him a true “y’re elohim,” one who fears God (Gen. 22:12).

In our historical moment, that seems like a pretty inspiring message.

Ronald R. Krebs is Beverly and Richard Fink Professor in the Liberal Arts and Professor of Political Science at the University of Minnesota. This column is adapted from his essay, “The Binding of Isaac and the Arts of Resistance,” Beth Kissileff, ed., Reading Genesis: Beginnings (Bloomsbury, 2016).

The Binding of Isaac: A Lesson In Resistance To Power