Is Drake The Jewish Male Rihanna? 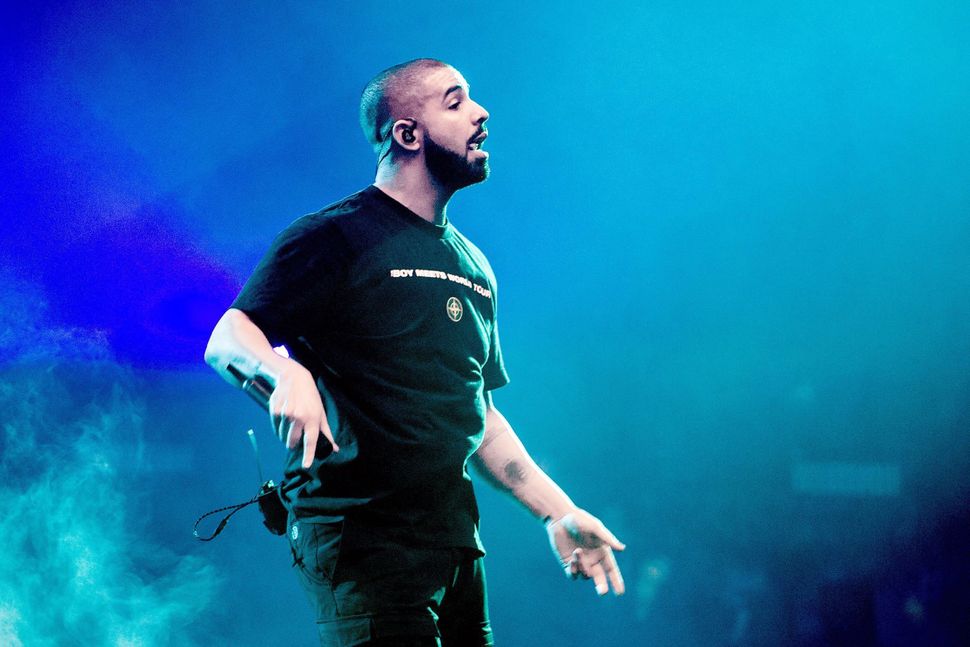 Ever since his red Moncler puffer moment in the video for “Hotline Bling” (which, unsurprisingly, spiked sales of said Moncler puffer and gave a boost of holiday cheer to puffer makers worldwide), Drake has become a kind of male version of Rihanna; that is to say, a performer-cum-style icon.

And so it seems appropriate — nay, obvious — that the Jewish rapper would take his newfound status to the next level: a fashion collaboration for his world tour, “Boy Meets World” (because of course the former Degrassi star would reference a popular 90s show that was also marketed to teens). And not just any fashion collab, but a custom Prada stage wardrobe loosely inspired by Prada Men’s Spring 2018 collection. The collab is filled with flight suits, windbreakers, track pants and t-shirts in shades of black and red — plus a pair of gleaming silver pants that, according to pedestrian.tv, made him look like a “damn astronaut” — to complement his over-the-top light show. Taking the personalization a step further, he even had each item branded with an embroidered patch denoting his tour name: “BMWT Special Edition by Prada.” #swaggoals.

Unlike Rihanna, however, Drake was more of an observer than active collaborator: His stylists Mellany Sanchez and Hazel Ong were tasked with creating Drizzy’s looks. Even though it was Drake’s idea to work with Prada, his lack of participation is why he hasn’t quite reached Rihanna-level fashion dominance (also maybe why their romance didn’t work out?). But Drake’s “Started From The Bottom And Now We’re Here” evolution from nerdy actor to high fashion rapper means there’s still hope for him. Who knows, maybe he’ll even start his own line of puffers and galactic trousers.

Is Drake The Jewish Male Rihanna?