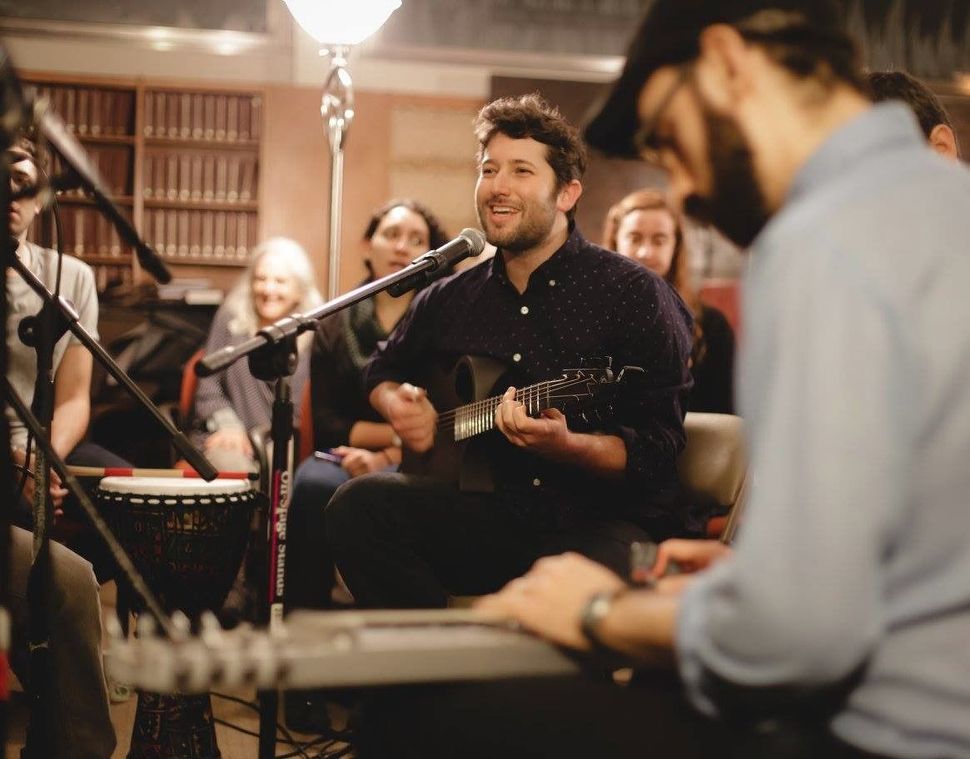 Joey Weisenberg has a quiet magnetism.

Standing up in front of a conservative synagogue in New Rochelle a number of weeks ago, he asked the congregants to spread out to the far corners of the sanctuary. Then he asked them to sing together. The sound was unsurprisingly tepid. But then he brought them together – really together. He had them squeeze into the center around the shaliach tzibur, the prayer leader, and sing. People got it. Proximity matters. You want to fill a sanctuary with song? Get close.

This was the message of Weisenberg’s first book, released in 2011, titled Building Spiritual Communities. Its great strength was to function as a toolkit for communities trying to sing together. One of the main messages: Create intimate space, and the music that follows will be intimate too.

This week, the unassuming 36-year old Weisenberg is releasing his second book, which is in some ways a variation on this theme – only this time the intimacy is not immediately with other people. It’s with text. In writing this book, Weisenberg said, he got to know these texts as friends. His hope for reader is that they get to know them as intimates.

The book is called The Torah of Music, and as the introduction explains, it is not a singing manual. Nor is it an academic treatise. Neither is it a historical look at the way Jewish texts on music have evolved over time. It’s a study guide to Jewish musical texts.

One might think that a book like this might start at the Biblical beginning — with Yuval, one of the early humans “begat” between Adam and Noah traipsing around a young Earth in Genesis, making the first musical instruments. But The Torah of Music is not a chronological text and instead begins with the prophets’ relationship to song and music. Within that discussion it jumps to Kabbalistic writings and weaves in a Hassidic teaching. Such is the style of this book. Ein mukdam u’meuchar baTorah, “there is no earlier and no later in the Torah” say the medieval Torah commentators — and Weisenberg would agree. He wanted to create the kind of book you could open up to any page and read something meaningful.

“That’s the dreamscape of the Torah mentality,” he said in a phone interview, “I like to imagine that all of these texts are in conversation with each other — that everyone is having these kind of musical dreams.”

Weisenberg is a musician, a composer and the Creative Director of Hadar’s Rising Song Institute. It is in this last capacity he travels to cities around the world, taking his Torah of singing (and his own songs) with him to workshops, jam sessions and synagogues. He says this is where he gathered most of the texts for the book. “Everybody seemed to know one thing about music,” he said. “I realized that over the course of months and years that I was starting to remember all of these things that had been said. I went back and looked them all up myself.”

The work of The Torah of Music is to make this accumulated knowledge quintessentially accessible. It took five years, much inspiration and any number of collaborators (the translations by Joshua Schwartz, the layout by David Zvi Kalman and the paper cutout art by Andrew Benicasa, to name a few), but the book succeeds — it is eminently user-friendly.

The first half is set up chapters, divided into bite size chunks. Flip open to the chapter titled “Song of Ascents” and you’ll learn about how the Hebrew noun sulam means both “ladder” and “musical scale” so that “melodies form a divine ladder that connects the Earth with the heavens.” Arrive in the middle of the chapter on “Listening” and read about how “sound is easiest to imagine as being related to God because you can’t see it yet it’s there.”

This is the kind of sweet newness offered by The Torah of Music. Here and there, lamentations on modernity slip in, too. Smartphones, for example, are subtly lambasted as distractions. So are ostentatious and unnecessary synagogue repairs that take focus away from the people in them. These are things, says The Torah of Music, that “lead us astray with our eyes”. Instead we are instructed to “close our eyes, sing and listen to each other’s voices in song and prayer”. Don’t look, listen. It’s pretty good advice. 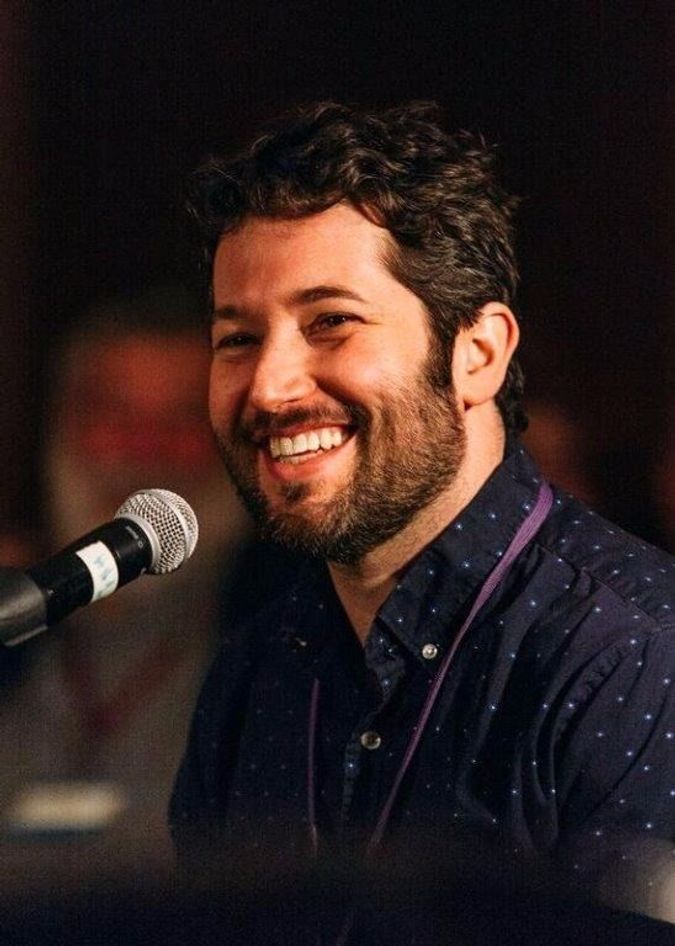 The second section of the book, an anthology of 180 of the texts cited in the first section, is also highly navigable. The book calls it an “open library”. It has its own categories (“Torah,” “Prophets,” “Halakhic,” “Hasidic”) with one exception. The last text listed is an essay on niggunim, or wordless melodies, by the Piezetzner Rebbe, and it stands alone.

With good reason. The Piezetzner, whose full name was Kalonymous Kalman Shapira, is himself a singularity in Jewish history. During World War II he operated a secret synagogue inside the Warsaw ghetto. He perished in the ghetto in 1943, but a manuscript was found in its rubble after the war and published. The essay on niggunim included in The Torah of Music is from this volume. 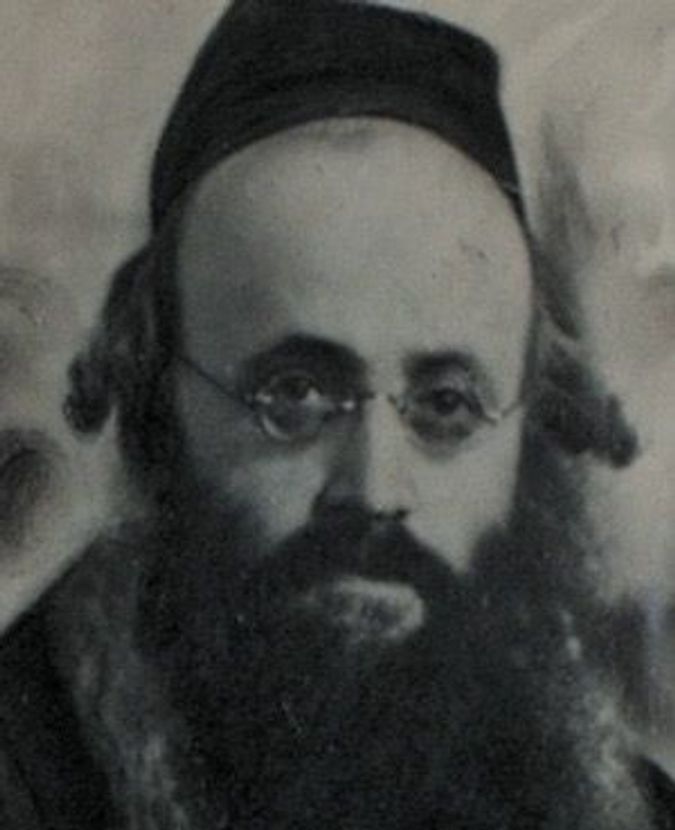 “That text just kind of says it all,” said Weisenberg when asked why it received special treatment. “If you were to read one essay – one thing in the book – read that.”

There is something of the Piezetzner’s spirit in The Torah of Music — where music is prayer and prayer is music and the niggun is the highest form of both. “I’ve never had a hard time thinking of music as prayer,” Weisenberg said, “I’ve had a hard time figuring out what prayer is. But prayer is the sum total of all of the expressions of our deepest feelings – and that’s what music is too.”