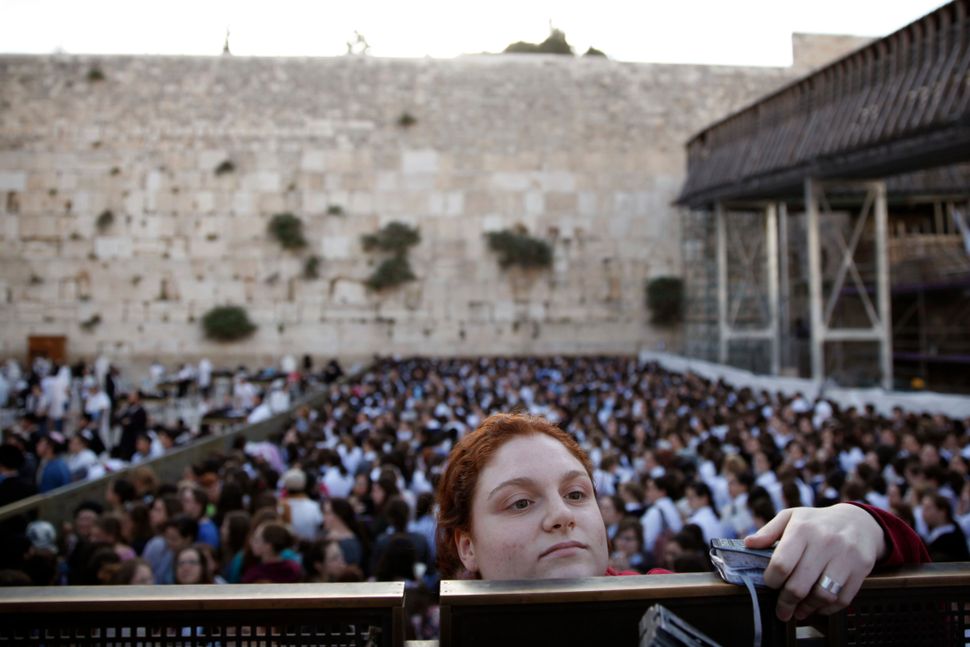 Separate but unequal is inherently unequal.

The Orthodox requirement for separate religious spheres, including for prayer, is understood in the modern Orthodox world not as an exception to this axiom, but as a divinely ordained protection of complementary roles for men and women in Jewish law.

The case is closed for disputing the paradox of this belief, although it continues to generate heated debate among Jews: You either accept it or you don’t.

But, as a secular teacher in a boys’ Orthodox high school, I cannot help but wonder: What does it this axiom mean in an educational setting, when male students watch the female teacher hurry out of the room as quickly as she can so they can pray? What about when she waits until the last student or rabbi, perhaps praying with the greatest concentration, has finished, and she can return? What about the unfortunate effect on her authority as an educator, as 16 year old boys stand at the door and tell her she cannot come in?

Over the years, this phenomenon has become a daily occurrence for me. The pervasive assumption that men pray while women are released from the time-bound commandment to do so at regular times is central to this environment. The students and rabbis cannot fulfill their obligation as long as a woman remains in their space. The fact that I am a Jewish woman who might also pray at this time is irrelevant. There is no possibility that I would contribute to or even understand their experience: I am an obstacle to be temporarily removed.

On one occasion, a rabbi arrived somewhat late, announcing with enthusiasm, “There are ten people here; let’s pray!”

By “people”, he means “men”. Was the use of this phrase by the rabbi a tactless choice, evidence of lack of awareness, or a disturbing error in understanding Jewish law?

Judaism recognizes women as people; there is no debate about that. Therefore, it would be incorrect to state that praying could begin because ten people were present, as soon as one female person exited. Lack of awareness is often a likely possibility when insensitivity towards women is concerned in the Orthodox world.

Here is an extra credit question: Does watching the female teacher leave and wait for the permission of male authorities before reentering her workspace actually offer an opportunity to reiterate the inequality of this system? Perhaps subconsciously, there is undoubtedly a concrete lesson provided to young Orthodox men as they see their female teacher pushed out of the room.

While a male teacher who is not Jewish, or Jewish but not observant, might remain unobtrusively in the room, or reenter before prayer is over, a woman teacher is uniquely required to enter a suspended zone in time and space where she is briefly not a teacher and mentor, but a person of ambiguous status.

Her students observe this every day, and even feel empowered to participate in this process.

The unrealistic belief that she automatically resumes her “real” role when the room is hers again might be due for critical examination.

Then again, maybe the system is working exactly as intended.