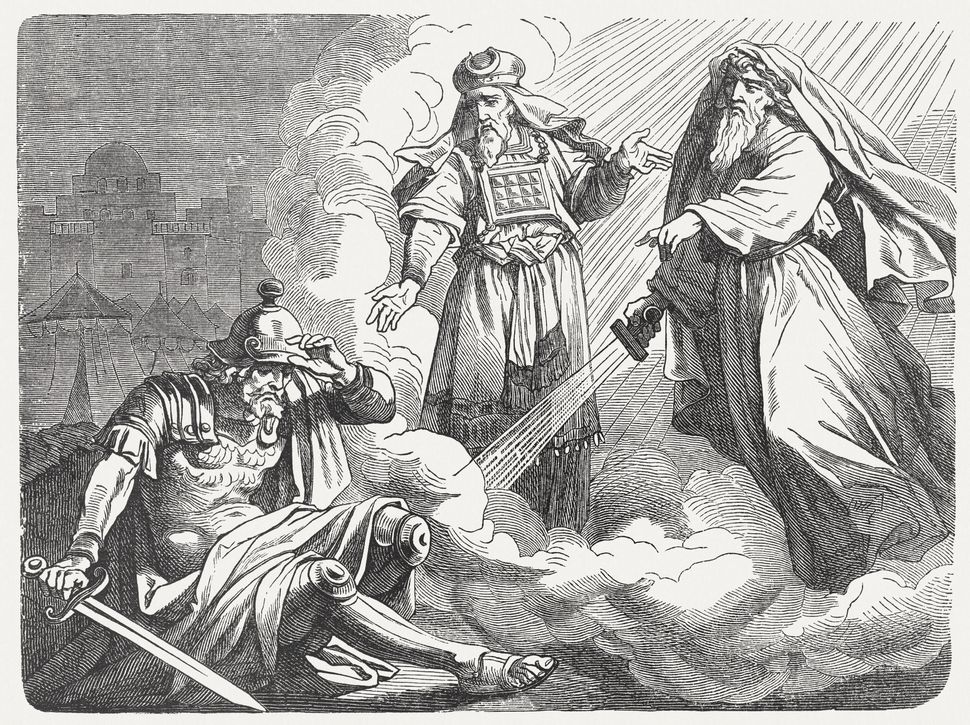 Why do we light Hanukkah candles? We tell our children how to light and when to light but we don’t tell them the real reason we light.

Most people believe that we light Hanukkah candles because a single pot of oil – which was meant to last one day to light the Temple’s Candelabra – lasted for eight. As the story goes, in the second century BCE, the Maccabees defeated the Seleucids and entered the desecrated Temple, where they found the oil. Today, Jews celebrate that miracle of oil by lighting miniature candelabras, displaying the menorahs in their windows.

For the politically invested, however, the story about the miracle of oil is intertwined with the triumph of Judaism. Both Aish haTorah and Chabad, organizations that proselytize Orthodox strains of Judaism to Jews, emphasize the Ancient Greeks’ failure to “pull Jews away from Judaism” and force them to “accept Greek culture and beliefs.” For them, candles broadcast not only the miracle of oil, but Jewish triumph over evil rulers. Yet if we revisit some of the laws concerning Hanukkah candles, what we find is a more sobering story.

Hanukkah candles are to be lit at sunset — not before, and not after, according to the Mishneh Torah, Maimonides’ compendium of Jewish law. If you forget to light at sunset, however, you can still light until there are no longer people “in the marketplace.” The candles should be lit just outside the home, opposite the mezuzah, on each and every one of the eight nights, supposedly “to publicize and reveal the miracle” of oil.

But get this: in the more accurate Yemeni version of the Mishneh Torah, there’s no mention of publicizing the miracle of oil. In fact, the word “miracle” does not appear until the end of the last chapter of the Hanukkah laws. Without the story of the miracle of oil, what is the purpose of lighting candles?

Clearly, the candles are supposed to be seen by people on the streets. But by whom?

Lighting at sunset doesn’t seem ideal—it’s still bright enough to make candlelight seem extraneous. And yet the streets would have been filled with Jews returning from marketplace. They would have witnessed their neighbors stepping outdoors to light the candles, as they themselves would have done.

The candles could be celebratory, but may also convey another message: Hanukkah, according to Josephus and Maccabees 1-2, is a story of civil war between two rival Jewish factions fighting for the priesthood and political control of Jerusalem – the Tobiads and the Oniads. While the Tobiads were generally considered to be proponents of Greek language and culture, the Oniads were perceived as advocates of traditional religious Judaism.

In the struggle for power in Jerusalem, Tobias, the leader of the Hellenized group, was exiled to Syria, where he petitioned the Seleucid king Antiochus IV to militarily intervene in Jerusalem and install him as the High Priest. Antiochus IV complied, but the conflict between the families erupted into civil war. The Oniads, under Judah’s leadership, ultimately prevailed, defeating the Seleucids and restoring the Temple.

In other words, the story of Hanukkah is not really about the miracle of oil.

Yes, we celebrate the rededication of the Temple.

But the holiday is also a warning: it’s about a Jewish leader who seeks out foreign, non-Jewish assistance, and in so doing, escalates an intra-Jewish conflict into a civil war.

In lighting the Hanukkah candles, Jews have every reason to celebrate the restoration of the Second Temple and return of Jewish sovereignty. But the candles should also serve as a reminder of the dangers of civil war and internecine strife — a message that is especially relevant in today’s political climate.

Shayna Zamkanei holds a doctorate in political science from the University of Chicago, and was recently a Frankel Fellow at the University of Michigan, Ann Arbor. She is currently working on a book about the displacement of Jews from Arab countries.