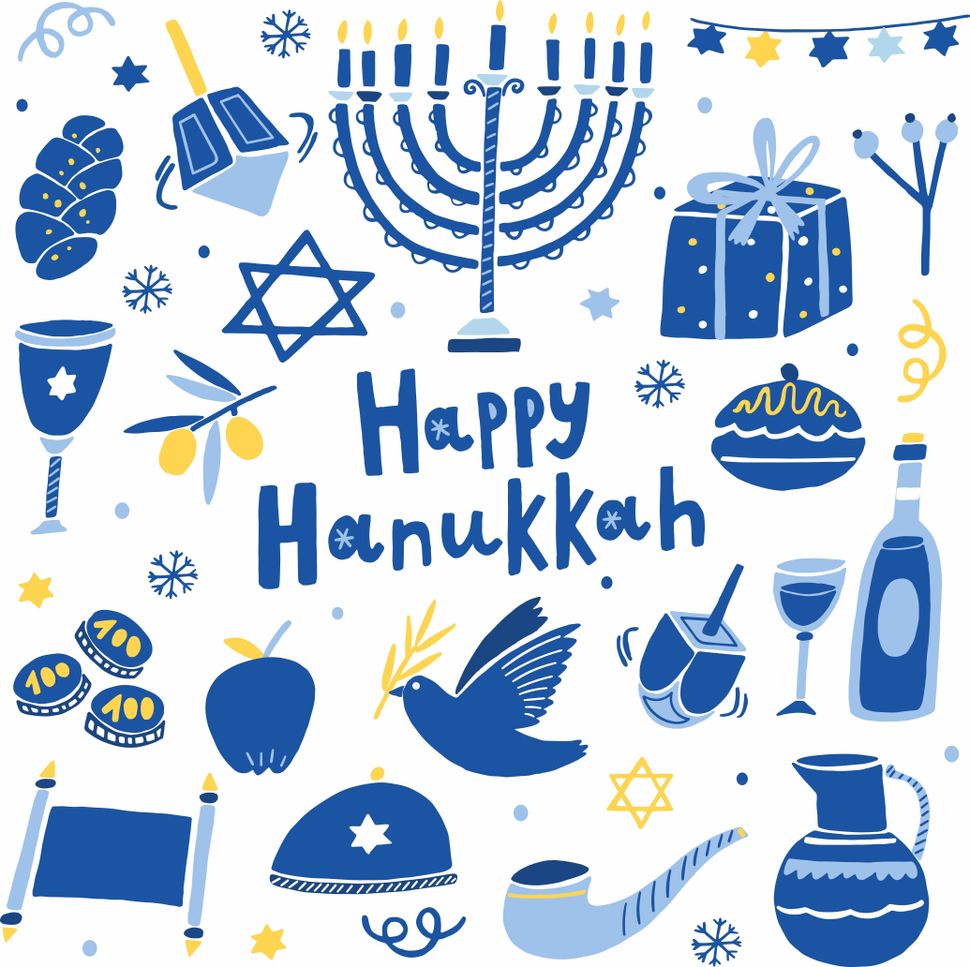 Let’s face it: This holiday season, in a time of Marie Kondo-style downsizing, most of us don’t need much of anything. Instead of investing in the latest tech gadget or toy, let your gifts at least be funny. And if not funny, then at least cute. Here are eight ideas for your family, friends, frenemies and co-workers (I’ll leave you to work out how those four categories intersect for you!)

1. Was she naughty or nice this year? How ‘bout neither — just Jewish. This teasing T offers a checklist for all three. (And the way the world is going we know you can check off more than one with Jewish.) 2. The “party game for horrible people.” Cards Against Humanity – has come out with a Jew Pack: An expansion set for the raunchy and somewhat offensive game. People either love it or hate it (and I got caught in the middle of a game torn apart by the card that said “Auschwitz” — and was supposed to be funny). Fun fact: All the game writers are Jewish. 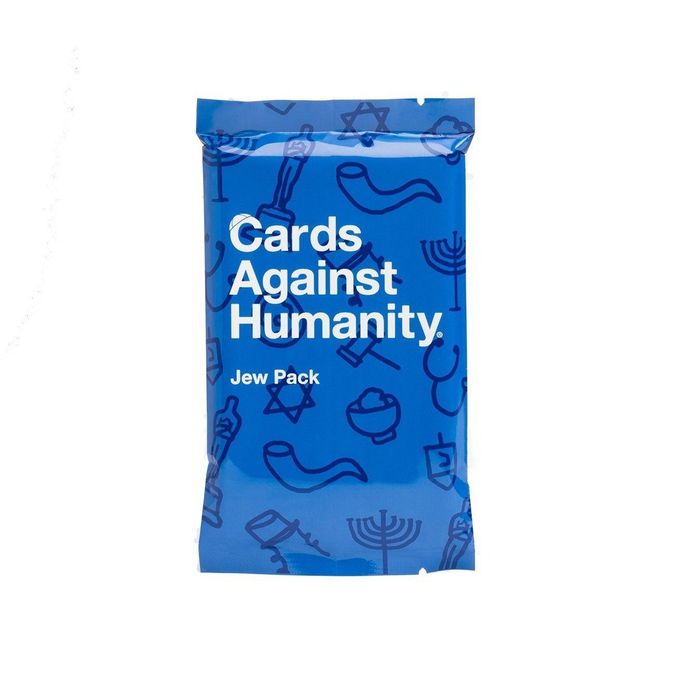 3. Itchy fingers at the dreidel table. Someone at your dreidel table probably has itchy fingers. Instead of having everyone huddle over their phones, how about tossing over a Hanukkah-type rubik’s cube. At least you can see for yourself whether little Danny is actually a genius. 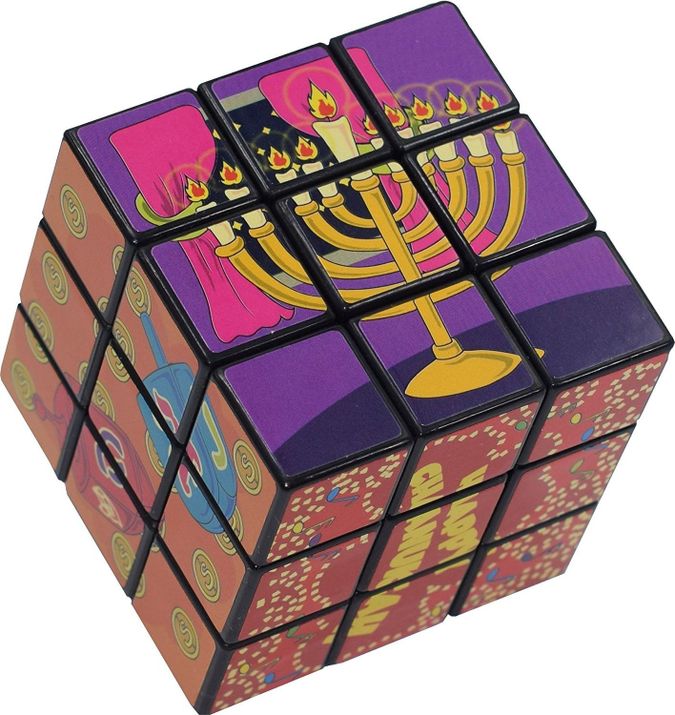 4. Maccabees’ Little Helpers? Why invest in do-it-yourself gifts when someone else can do it for you — and better? (See: homemade pasta, humus and bread.) Sure there’s plenty of people on Pinterest bragging about their carefully crafted Lego menorahs, but here’s one that may not make your kid laugh, but having to do less work will definitely make you smile. 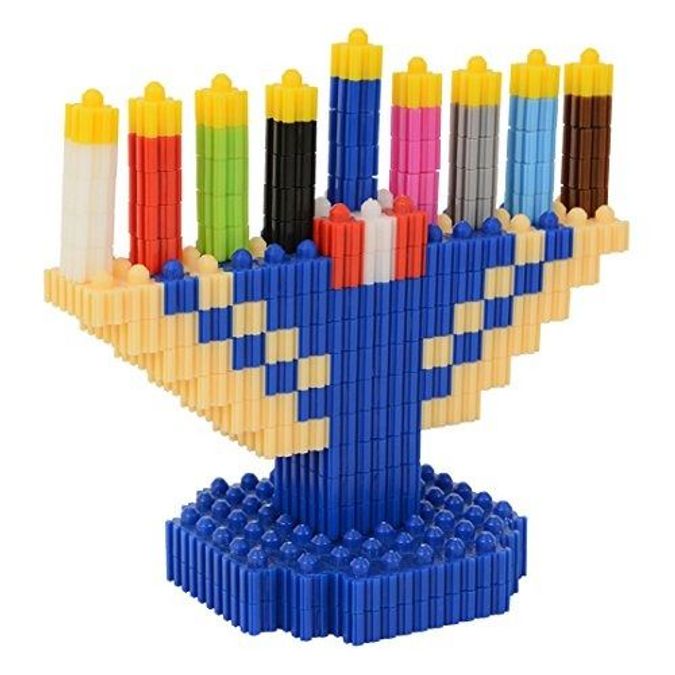 5. What’s a party without the hottest toy of the year? Whether you’re celebrating in 2017 or 5778 you need a fidget spinner. A Hanukkah fidget spinner. Adorned with the same letters on the dreidel, it could could probably fulfill the mitzvah of spinning the dreidel. If there were such a mitzvah. 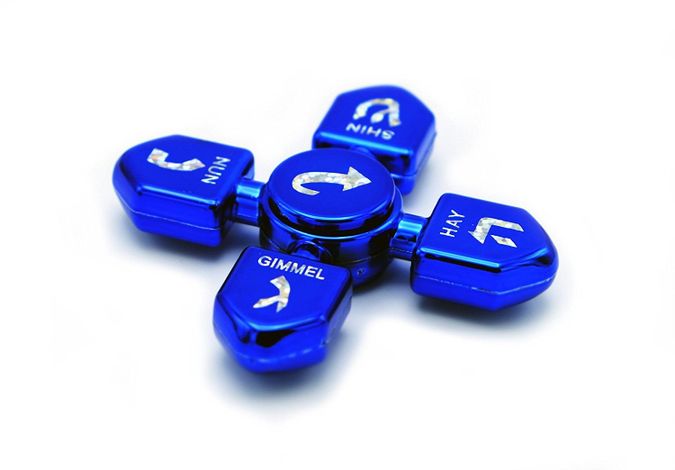 6. Put the T and P in POTUS. Who doesn’t want to wipe their bottom with a picture of our esteemed president? The company Buttswipes has kindly branded for every holiday, including this one, with a special decoration holding the roll together. We even get a picture of DT lighting the menorah. Joy! 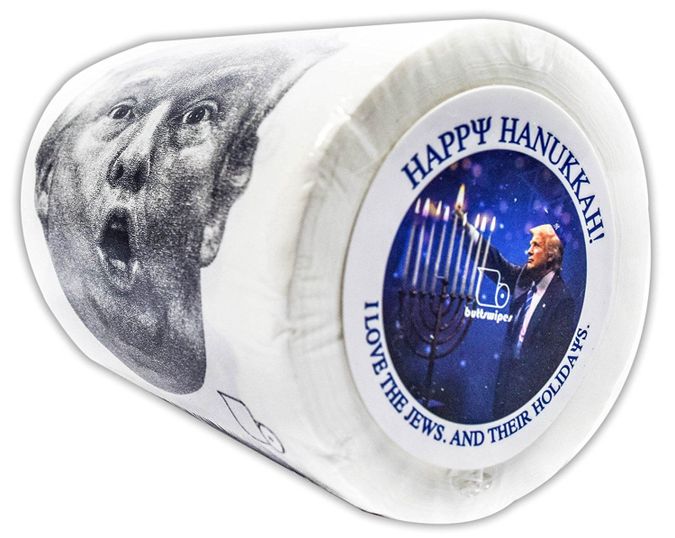 7. Maybe take a mugshot. Sure, all your outdoorsy friends may be getting $120 coffee mugs for Christmas, but do theirs have Jewish jokes (okay puns) on them? This one does. Good for those with dad-like senses of humor. 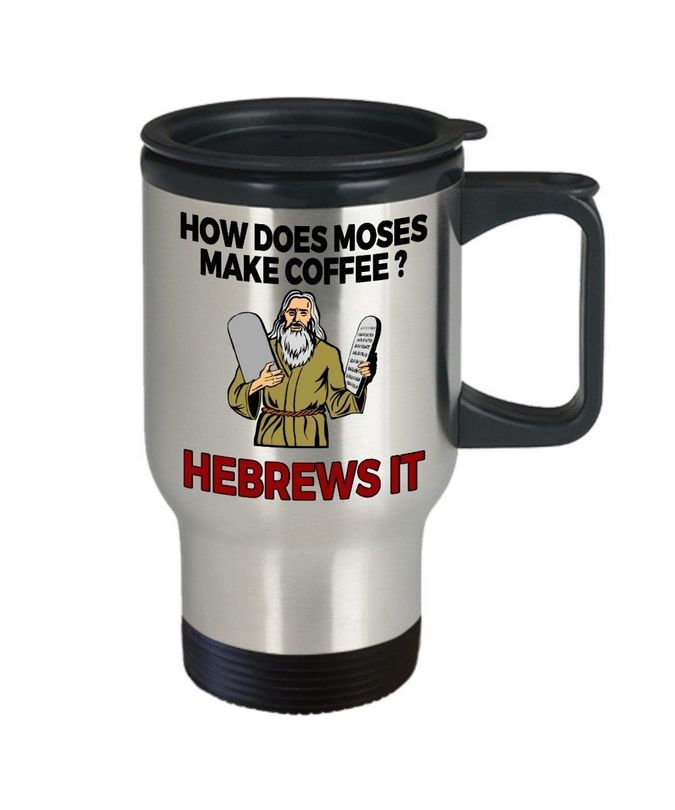 8. Don’t get stuck! No one knows they need a funny sticky note pack until they get one. (Trust me, I don’t say the same thing about the candle I got from my mom. Mom, seriously?) This one says Oy Vey — and I think it captures the going sentiment of the world today. It’s signed, “Shalom Out,” which I think is going to have to be my new parting words. Shalom Out! 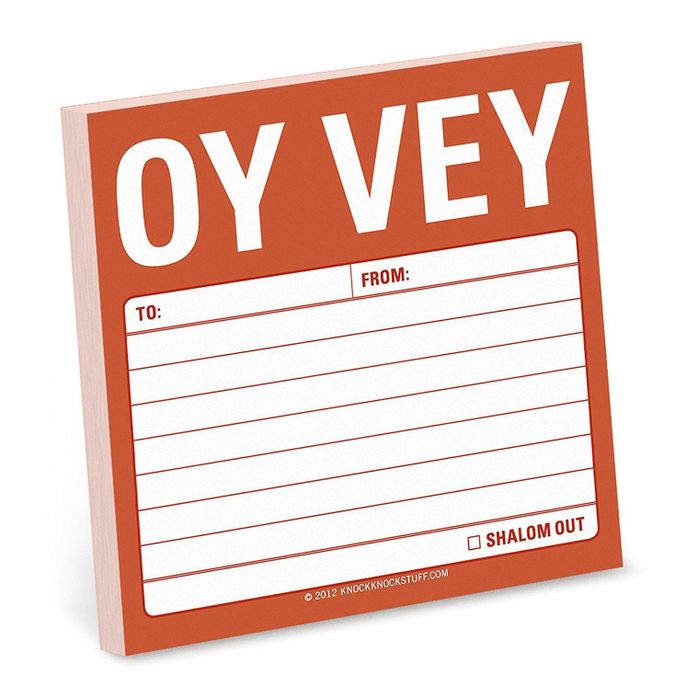