I Don’t Hate Christmas — But People Think I Do 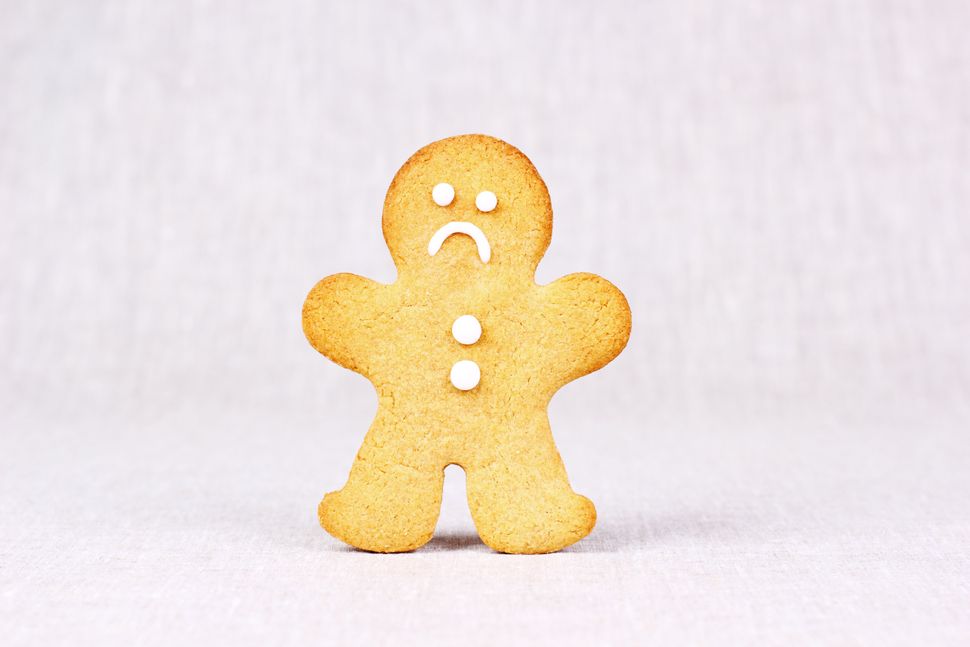 I have a reputation. When I walk into certain rooms, people roll their eyes. At least they used to.

For several years, I worked at a secular, non-profit educational institution, but people there didn’t always behave in a completely secular way. At the “holiday” party, the community sang “The Twelve Days of Christmas,” and a co-worker informed me that the reindeer and evergreen tree with presents beneath it on the invitation were not related to Christmas. When I explained that, as a Jew I saw them that way, I was asked why I stayed home on Christmas Day (a national and company holiday) if I was so “offended” by Christmas.

I’m not offended by Christmas. I don’t know many people who are. What’s upsetting to me is the assumption, especially in secular and public places, that I celebrate it.

When a senior administrator asked me how I would feel if a student put up a Christmas tree in a public place on campus, I was thrilled he asked my opinion. “Why shouldn’t a student put one up in a hallway, when the librarian had been putting up a tree in the library for years?” I said. Later that day, the librarian was asked to apologize to me.

Although I hadn’t complained about the tree in the library (for years I had been resigned to it) after I pointed out the double standard, the narrative became “the Jew is offended by your holiday whimsy.” (My “bad reputation” wasn’t entirely the result of misunderstandings like this — my outspoken personality in a conservative organization probably contributed, too.)

Some of my co-workers were more open to my concerns. She took her child to the doctor’s office and noticed it was adorned with Christmas decorations. She said she only noticed it because of a conversation we’d had about my daughter’s pediatrician, who suggested I tell her the Easter bunny would give her a bike if she gave up her pacifier. My co-worker realized how alienating it could have been for me and my child to be in an office decked out for only one holiday.

But when I quit my job to take a new position in a progressive Christian non-profit educational institution last year, that same co-worker said, “At least you’re starting in January so you won’t have to put up with all the Christmas stuff you hate until next year.”

That’s when I realized even the people I thought understood me were actually misunderstanding me. Maybe in all my attempts to be clear, to be heard, I was failing to express the nuance.

I don’t hate “Christmas stuff.” As a child, I enjoyed being included in my friends’ Christmas cookie baking extravaganzas. And when my husband and I lived in New York City, we were grateful to be invited to our friends’ “Christmas dinner for strays,” where we ate a traditional meal with people who didn’t have family nearby to celebrate with, or whose family, like ours, didn’t celebrate.

I am more than happy to learn about and participate in others’ traditions. That’s why I was thrilled to be invited to a community Iftar meal this year. To be included in another’s tradition is wonderful, but to have it foisted upon you — at work, in the grocery store, at your doctor’s office, or another secular venue — is a different matter. 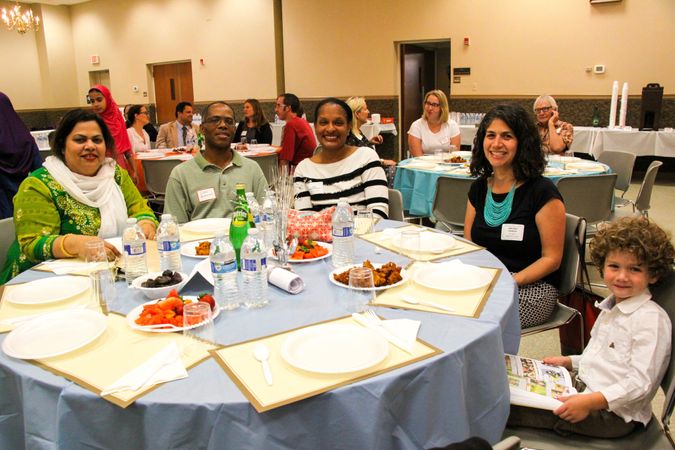 In our area, we don’t know many Jews. When we have Hanukkah parties and Passover seders, we invite the people we want to spend time with, regardless of their beliefs or faith, or lack thereof. My husband, a teacher, leads the most amazing seders and the conversations around the table sound nothing like the seders of my youth, where only Jewish voices were heard. When I make challah, my kids invite their non-Jewish friends and parents to learn the art of braiding dough.

And this past year, as our community has been threatened by the construction of a fracked gas pipeline, we have joined with an order of Catholic nuns in an attempt to protect our land. It was at the nun’s open-air chapel where my husband led a Rosh Hashanah service for our community of activists that was attended by 50 people of many different faith traditions.

I’ve been at my new job almost a year now. People have been overwhelmingly respectful and inclusive about my Judaism. No memo went out alerting them to my religion or cultural beliefs (though I did bring leftover Hanukkah cookies to hand out on my first day of work), and occasionally a student will assume I’m Christian. When I tell them I’m not, they’re always eager to talk to me about my background in a respectful way. I regularly attend chapel services, not because I have to (either explicitly or implicitly), but because the sermons are interesting, even when I don’t find the lessons applicable to my life.

Recently at work I participated in an early Las Posadas event, a Mexican ritual meant to commemorate and symbolically reenact Mary and Joseph’s journey to and search for shelter in Bethlehem. A few of my co-workers kindly answered my very basic questions (“What happens?” What does it mean?” “Do I have to sing?”), and when it came time to assign roles, I was given a featured speaking part.

As we walked around campus singing songs, doing skits and reading aloud about travelers and refugees, both ancient and modern, I recognized the theme of wandering from the Passover seder. At the celebration that concluded the event, I enjoyed conversations with my co-workers about the places our backgrounds overlap and diverge. My “otherness” was both seen and included.

No one at my new job would mistake me for someone who hates “Christmas stuff,” but I think they all understand my desire to keep Christ in Christmas, and leave Christmas out of the doctor’s office.

Jamie Beth Cohen is a writer, storyteller and community organizer who works in higher education.

I Don’t Hate Christmas — But People Think I Do