Yes, Marijuana Is Kosher — No Matter What Jeff Sessions Says 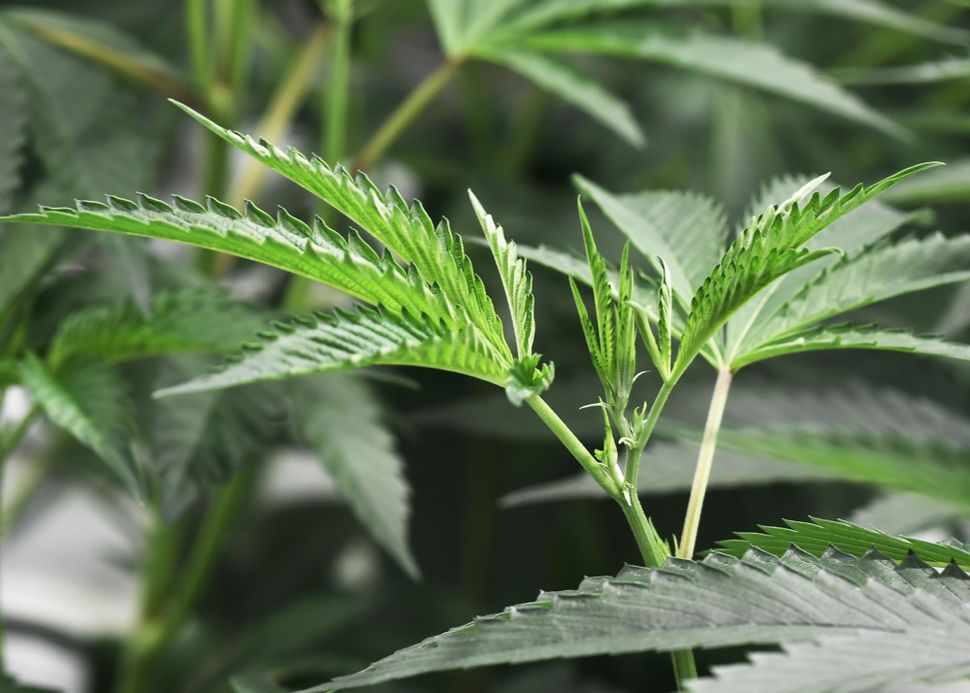 Republicans and Democrats alike are in a panic after Attorney General Jeff Sessions announced the Trump administration’s plan to renew tough enforcement of federal marijuana laws, rescinding an Obama administration directive that effectively decriminalized marijuana in states that have legalized the drug.

Meanwhile, at the state level and among the American people, marijuana continues to trend towards legality and social acceptability and away from its early ties to delinquency, with California becoming the seventh state, in addition to the District of Columbia, to legalize recreational cannabis as of New Year’s Day 2018.

Given the current cultural climate, the issue of the halachic status of cannabis is ripe for re-examination.

The History of Cannabis in Halacha

The Halachic literature did not discuss cannabis until fairly recently, probably for the simple reason that its psychoactive properties and potential uses were largely unknown to the scholars of earlier generations.

The earliest and most cited positions on the subject — including those of Rav Moshe Feinstein and the Lubavitcher Rebbe — are from the late 20th century and largely argue against its use. Later, when the medical uses of cannabis became more recognized by the scientific community, limited allowances were made for such use, while non-medical use continued to be denounced by the rabbinate.

There are several halachic issues that have been raised regarding the use of cannabis: One of the major concerns is its potential health effects. Using substances which have a deleterious effect on physical or mental health would violate the biblical commandment V’nishmartem Mi’od L’Nafshotaichem (Dueteronomy 15:4) which requires one to preserve one’s body and health for the service of God.

By most accounts, however, cannabis is practically impossible to overdose on, and is rarely addicting. While smoking cannabis can have some negative health effects, vaporizing it minimizes that potential harm, and ingesting it in an edible form can render it completely harmless to the body. Further, executive functioning can often be inhibited by cannabis, but on a developed adult brain, the effects of cannabis wear off within hours, with no demonstrated long-term effects.

Another halachic issue is the problem of its secular legal status. Even if cannabis were permissible under Jewish law, the halachic principle of Dina D’malchuta Dina — the law of the land is the law — may preclude its use in areas where secular governments render it illegal – though its applicability in matters of non-civil law (issur v’hetter) is subject to dispute among the halachic authorities.

This is a non-issue in places where cannabis is fully legalized, such as in certain coffee-shops in the Netherlands, though in America the issue is made more complex by the conflict between federal and state laws.

Aside from these considerations, most of the criticisms leveled against cannabis concern the charge that using cannabis is irresponsible, hedonistic and indulgent. But it would be overly broad to conclude that these are essential elements of cannabis use.

While researching the effects of cannabis at Harvard, during the course of which his own view of cannabis changed, psychiatrist Dr. Lester Grinspoon professor emeritus at Harvard Medical school, pointed out in an article that in addition to the commonly discussed medical and recreational uses of cannabis, there is a third, less recognized use—cannabis as “enhancer”: “Currently, it is generally thought that there are two generic categories of marijuana use: recreational and medical. But in fact many uses do not fit into these categories without stretching their boundaries to the point of distortion; they fall into a third category…that I call enhancement.”

Cannabis enhances and increases awareness of sensations and perceptions. When focused properly, cannabis’s enhancement ability can help one find deeper appreciation for, and increase creativity in, many areas, including music, art, philosophy, and even Torah. Notably, Carl Sagan and Nobel laureate Richard Feynman praised the value of cannabis in facilitating understanding of concepts in theoretical physics.

Some may use cannabis for illicit or immoral purposes, but the good or evil of cannabis should be evaluated by the context and use to which it is put. Those who suggest categorically prohibiting cannabis seek to avoiding potential harms that could result from its use, but they also ignore the benefits cannabis can have.

Generally, the approach to valuable and advantageous but potentially dangerous materials is to handle them responsibly and with caution: Such a policy would arguably better suit cannabis, which, when handled responsibly, could be of great value in furthering even religious objectives, similar to drinking on Purim, concerning which the great Ashkenazi rabbi, Moshe Isserles, writes “one may have more or less, as long as one’s heart is directed towards heaven.”

The last major concern in using cannabis is that doing so would involve participating in an activity which has been censured by the rabbinate with an almost unanimous voice. It is important to note that from a halachic perspective, the rabbinic majority’s prohibitive position does not necessarily constitute binding authority.

The most widely accepted posek, or halachic authority, to have discussed the issue was Rav Moshe Feinstein, in a response to a question posed to him. Although he felt that cannabis should be prohibited, he specifically wrote in the introduction to the collection of his responsa that he only felt comfortable publishing his opinions because he always gives his sources and the reasons for his opinion, and as a result, in his words, “I am merely like a teacher of the halacha so that the questioner may look into and check [the sources] and choose [for him- or herself].”

His empowerment of his readers to educate and choose for themselves is both honest and instructive: In the current period of Jewish exile, absent an authorized Sanhedrin, where there is no Talmudic precedent on an issue, decision-making authority is not vested within any human body — communal or individual. The opinions of individual later generational scholars, although of considerable weight and persuasion, do not constitute binding authority or create an absolute rule in halacha.

So, Can We Cannabis?

The intention of this article is not to make a halachic ruling, or advocate for the popularization of cannabis use in the Jewish community. Instead it is to defend the individual’s right to make one’s own informed decision on the matter and to suggest that using cannabis for positive purposes in a responsible and halachically compliant way can represents one path in Torah — though one which many will decide is not for them.

This article contains excerpts and was adapted from The Path to the Tree: Prophecy and its Pursuit in the Jewish Tradition by Ben Adam.

Yes, Marijuana Is Kosher — No Matter What Jeff Sessions Says