I Don’t Believe in God, But I Still Want a Jewish Community 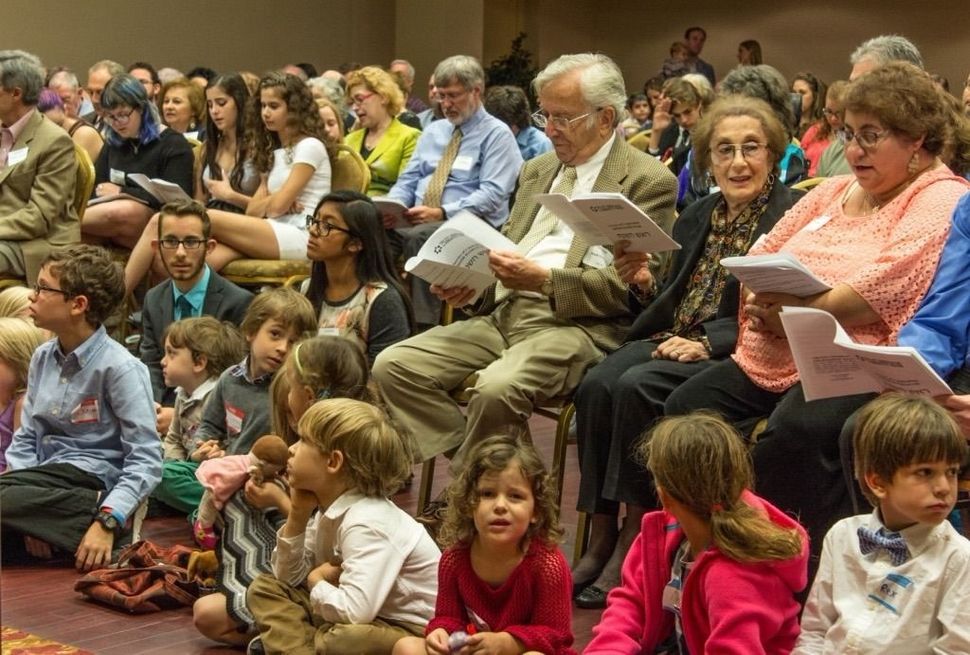 Amy Goldin’s parents believed that “religion is the opiate of the masses.” As an adult, she didn’t think much about religion until pregnancy led to a sudden and unexpected yearning for her newborn son to have a bris – and, down the road, a bar mitzvah. Together with her wife, a lapsed Catholic who agreed to raise their son Jewish, Amy joined the City Congregation for Humanistic Judaism (TCC) in New York City 14 years ago. Her son could have his bar mitzvah there “without my having to sign onto beliefs I didn’t share,” she said.

TCC, which “understands Judaism as the civilization, ethical values and shared fate of the Jewish people,” is one of 30 congregations throughout the U.S. and Canada that comprise The Society for Humanistic Judaism (SHJ), the umbrella organization for the Humanistic Jewish Movement in North America.

The movement originated in 1963 when the late Sherwin Wine, a Reform rabbi, decided he would no longer say words he didn’t believe, “and replaced them with words he did believe, a Humanistic philosophy overlaid onto Jewish ritual and community,” said Paul Golin, SHJ executive director.

The major bond among secular humanist Jews – besides being fiercely Jewish — is disbelief in God’s existence. Whether atheist, agnostic, or just skeptics, we’re not on board even with the metaphorical God described by Reconstructionists as “… the power in the cosmos that … enables human beings to reflect the image of God.”

Throughout my life, other Jews have angrily told me, “You’re not a real Jew!”

As a child, their words hurt, but my Jewish atheist parents had taught me the words of Isaac Deutscher from his book, “The Non-Jewish Jew”: “I am a Jew because I feel the Jewish tragedy as my own tragedy; because I feel the pulse of Jewish history; because I … do all I can to assure the … security and self-respect of the Jews.” Progressive politics and Judaism were entwined for me (they still are); I spent more time at my father’s labor union than I did at synagogue.

In a 2013 Pew Research Center survey, one in four U.S. adult Jews (22%) described themselves as “having no religion.” Among millennials, 32% declared themselves Jewish only “on the basis of ancestry, ethnicity or culture.” Many of these folks, whom I call “stay-at-home-secular-Jews,” are like financial technologist Rob Torop, who feels no need to socialize or “mark” Jewish traditions either alone or with his two sons. Working in the tech field, he often feels a closer emotional link with other programmers than with other Jews.

Still, there does appear to be an increasing number of secular Jews looking to participate communally in Jewish rituals and social action. Perhaps this is in response to lonely hours in front of screens and/or living in tumultuous political times. TCC’s Rabbi Peter Schweitzer sees urgency among some Jews “… to champion truth, science and reason — which may erode their allegiance to ‘traditional religion’ and lead them to us.” 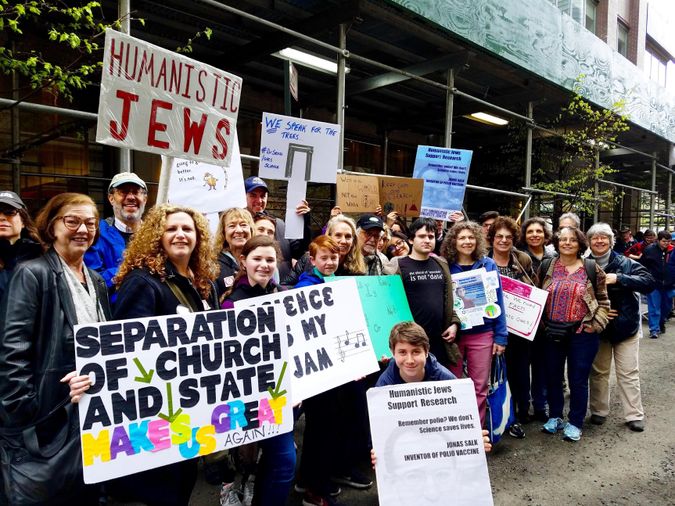 In my case, as in Amy Goldin’s, parenthood was the push for me to join TCC. Fifteen years ago, when my husband and I adopted a baby girl from Guatemala, we were shocked by our fierce desire to raise her with Jewish values and culture. My husband’s Jewish parents, who celebrate Christmas, were somewhat discomfited when we signed on TCC’s dotted line, while my mother was truly horrified to hear me speak the words, “my rabbi.” However, my husband and I have never regretted our decision to join: Along with our daughter, we’ve learned a tremendous amount about Judaism through a God-free lens with which we are totally comfortable.

Other humanistic Jews throughout the country have also found their place. Last year, Suzie Friedman joined The Birmingham Temple Congregation for Humanistic Judaism in Farmington Hills, Michigan. Long before that, she’d been “inspired by hearing Rabbi Wine speak of his philosophy.” Now, alongside fellow congregants, she’s trying to improve the world, serving meals to the needy and raising money for victims of human trafficking and survivors of torture and persecution.

Rick Bolnick never felt emotionally connected to the Reform temple he belonged to for 17 years. Finally, he switched to Kol Hadash, Chicago’s Humanistic congregation, where he feels at home: “I only have to believe what I believe. It fits for me and that feels good.”

Humanistic Jews do observe Shabbat, Rosh Hashanah, and Yom Kippur, among other holidays. We replace the word God with words like humanity, nature and life. When we light Shabbat candles, we say, “Radiant is the light within people.” Our cultural Bar/Bat Mitzvah Program asks students to write about such subjects as “Jewish values,” and our music integrates Hebrew, Yiddish and Ladino with American folk and pop, including crowd-pleasers like “We Shall Overcome” and John Lennon’s “Imagine.” 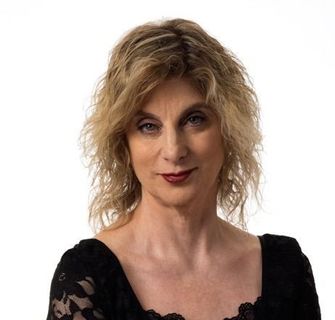 As for me, I celebrate my Jewishness in many ways, including eating in Jewish delis, reading Jewish novelists, lighting a menorah, attending secular seders and High Holiday services, and participating in social justice actions that would have made my parents proud.

I’m no longer hurt when someone tells me I’m not “a real Jew.”

I’ve learned you don’t have to believe to belong.

Janice Eidus is an O.Henry Prize-winning novelist, essayist, and short story writer whose work appears in The Oxford Book of Jewish Stories. Her novel, The War Of The Rosens, is about a struggling secular Jewish family in the Bronx. Her essays about adoptive parenting, Jewish identity and more appear in The New York Times, Lilith and elsewhere.

I Don’t Believe in God, But I Still Want a Jewish Community