Where Do Silent Orthodox Women Stand In The #MeToo Era? 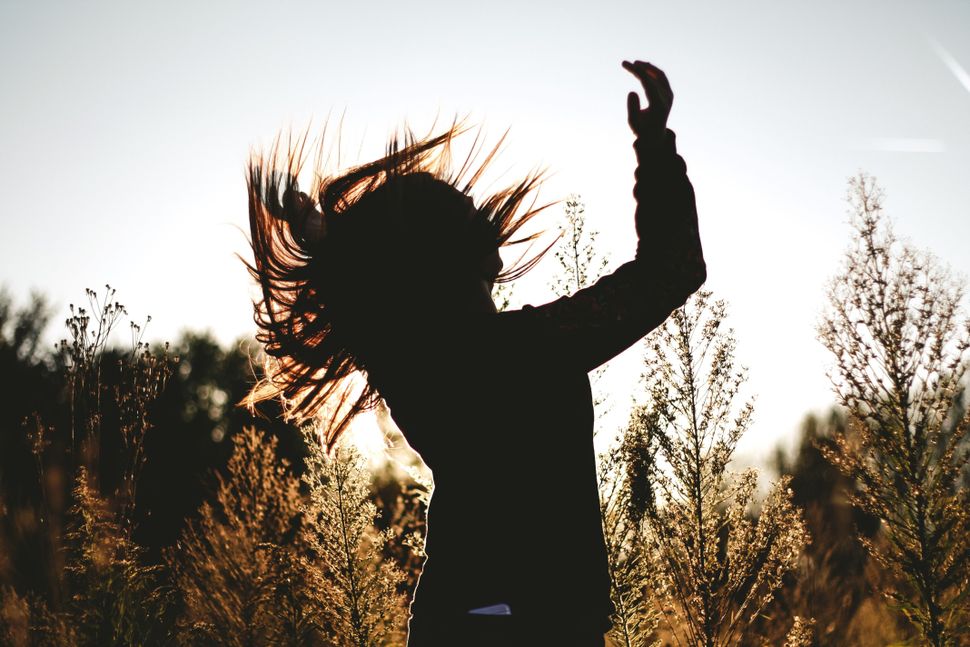 Now that the world is facing a whole new revolution — the #metoo initiative, the equal pay initiative, the I-can-do-it-all feeling that women all across the country are experiencing right now, I wonder about my role as a frum, Orthodox woman – one of the many women whose voices are silenced.

In the ultra-Orthodox community, a man has much power bestowed upon him by our male-dominated religion.

A man can make halachic decisions, women cannot. A man can be a rabbi, women are only a rebbetzin in relation to their husband. A man makes kiddush on Friday night. A man makes Havdalah on Saturday night. A man gives the get in case of divorce and he holds the power over the vulnerable woman, according to halacha. A man blows the shofar: if a woman were to blow it, it would not be considered a mitzvah.

A man learns the Torah. A man does most of the 613 mitzvohs, women are not required to do all of them. Where is the woman’s place? Where is her power? What happens to her if she is single, divorced, or widowed? She is left relying on her father, her son, or her brother, if she has one.

Our religion is based on a man-led ideal. Marriage is a must, divorce is debilitating. Sitting by Shabbos table with no man at the head of it is not a real Shabbos at all. A table without a man is a table that is missing something important. The presence of a man legitimizes the existence of a woman.

Recently, a wife lost her husband to old age. When she arrived at his funeral she cried out to her children: “I am nothing without him.” Now she sits with her children at her side, the center of her world gone, his chair sacred and empty by every Shabbos meal.

My single friends find Shabbos difficult as well. Shabbos is all about family, and if you don’t have one, you are left to look for one, to become a part of one just to survive being part of the frum community. When I was young, I had no father who was frum, I had no family who was frum, all I had were my friends. I usually joined their families for Shabbos and the holidays, sitting quietly at the end of the table, listening to someone else’s father say kiddush, read the hagaddah, and say havdalah while holding the fire.

But once in a while, usually the Shabbos of the Thanksgiving break, my single friends and I would get together and make our own. We would surround the table and sit at the head. We would make our own kiddush, our own havdallah. We were like an unconventional family. We also sang. A lot. And loud.

As singing by a woman is forbidden in front of a man, we took this opportunity to make our voices heard. We sang every song we knew and poured our hearts out to Hashem. We only had this opportunity during Thanksgiving break, but a man has this opportunity every Shabbos, wherever he is.

How sad it is that our beautiful voices are delegated to all-girls’ weekends, all-girls’ plays in high school, and a random all-girls’ shabbaton for a camp or a school?

Being alone as a man is not as lonely as being alone as a woman in our community. A man will always have his community, his shul, which he attends three times a day. A man will forever be tethered by the Torah, and so much easily connected to its life. A man will learn Torah, he can use his talents freely. He can sing. He can dance. All in public, for all to see and admire. He can shine despite being single or divorced or widowed.

When I was young I had the chance to sit by many different Shabbos tables, as I did not have my own. One time a bunch of us girls got together by one of our friends. Her father was the rabbi of the community and had a huge heart and a deep understanding of the human spirit. After we ate the meal (he made kiddush and blessings on the bread) and it was time to sing Shabbos songs, my friend’s father took out earplugs and put them in his ears.

“Go ahead girls. You can sing now.” He closed his eyes and we all began to sing. His small gesture was a long ago act that I remember as something huge for the spirit of the woman and for the voice that we were told not to use in front of men. In his house I always felt important and I always felt understood. His ability to level out the field and to give us a chance to sing went a long way.

I am an Orthodox woman, living in an Orthodox community. I am not modern, I am not Conservative or Reform. When I was becoming an observant Jew back when I was 13, the Orthodox path shone the brightest for me. You see, I am an all-the-way type of person. When I go, I go big. So I chose the most complicated, restrictive, and very observant path.

But as I look around me now, I see so many inconsistencies, especially where the place of the woman is concerned. I married a man who is Orthodox as well and here is where I built my home: there is no escape. There is no changing your mind, there is no easy exit. We have children and we raise them Orthodox. We live in a community where we own a home: also Orthodox.

Of course I wish I had the wisdom of a 30 year old at 13, but that is not how the world runs. And maybe it could have worked for me to be so Orthodox if my children did not have special needs, if yiddishkeit came easy to all of us, if I didn’t have demons that haunted me. If I were a quiet woman, doing God’s will, smiling my troubles away, it could have worked. If I had faith in the institution I now belong to, it could have all been smooth and I would not be writing this.

But I am not quiet. I can’t stand inconsistency. I can’t smile my troubles away as I say “Baruch Hashem” to everything I see. I feel that my community, my path has quieted the woman’s voice.

In my community, we sometimes have a hard time filling the shul with the required 10 men. As a woman I am voiceless in helping. I cannot fulfill a minyan, I cannot organize, I cannot even get involved in helping. In fact, speaking to the men about unity and explaining to them how important it is for us to create a minyan is left to the very page that you are reading. 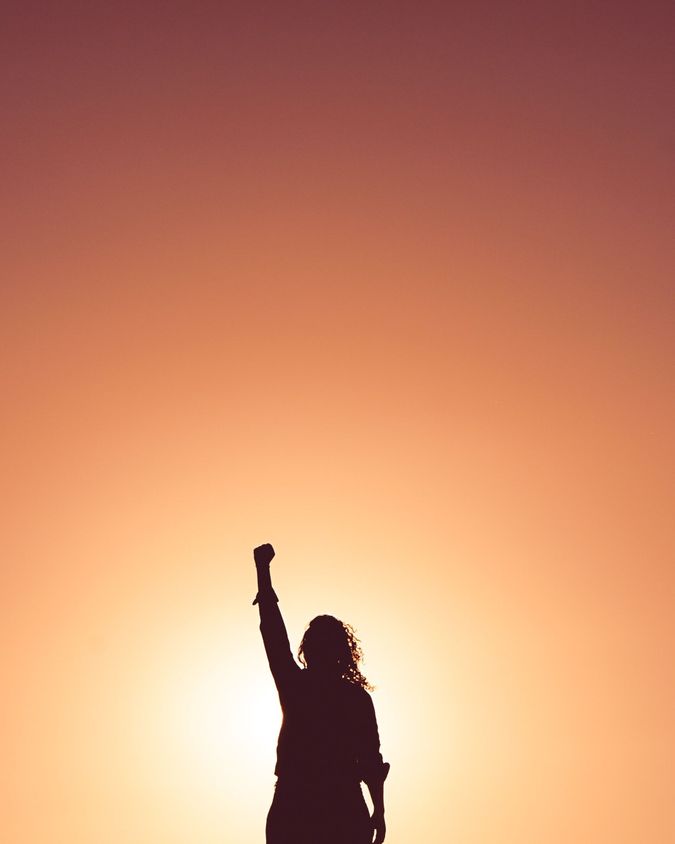 Don’t get me wrong. Mixed praying will not solve the problem for me. I am a big believer in separating the women and the men. Ever since I was a child, I had a fear of men. My parents divorced when I was young and the boyfriends that my mother brought around left a bitter taste in my mouth toward men and their desires, especially towards a young 10-year-old-girl, vulnerable as can be, hiding behind her mother. Their unwanted advances are what brought me to this religion in the first place, and the protection that I feel when I dress modestly and hide behind a mechitza barrier is enough to make me stay.

But the more I think about it, the more I question – silently, sitting behind a computer screen and screaming at my reality as I quietly type out each word.

I know that there have been many women who are infuriated that publications will not show their faces, will blur them out, will make women invisible. I know that women who have talent for singing and dancing have found ways to express themselves, but will never become famous.

I know that a friend of mine who is not married but is a powerful speaker will always go as Ms., never a Rebbetzin. Why can’t she get the title of Rebbetzin? She has inspired so many, is a powerful force in the frum community. Yet she will always and forever will be a Miss. (And even if she does get married and her husband will not be a rabbi, she’ll just be a Mrs.)

It’s unfair. And so behind the times.

Here is a wish that this will change: That people start to think of women as equals. That a Rav, a man, will not get the final word on the plight of a woman. That a woman’s input can be just as powerful as a man’s. That a woman’s voice can just as loud as a man’s. And that the silence can finally be broken.

Goldie Young is a teacher and an author. She lives and New York with her husband and three beautiful children.

Where Do Silent Orthodox Women Stand In The #MeToo Era?