In An L.A. Shtetl, I Found Myself 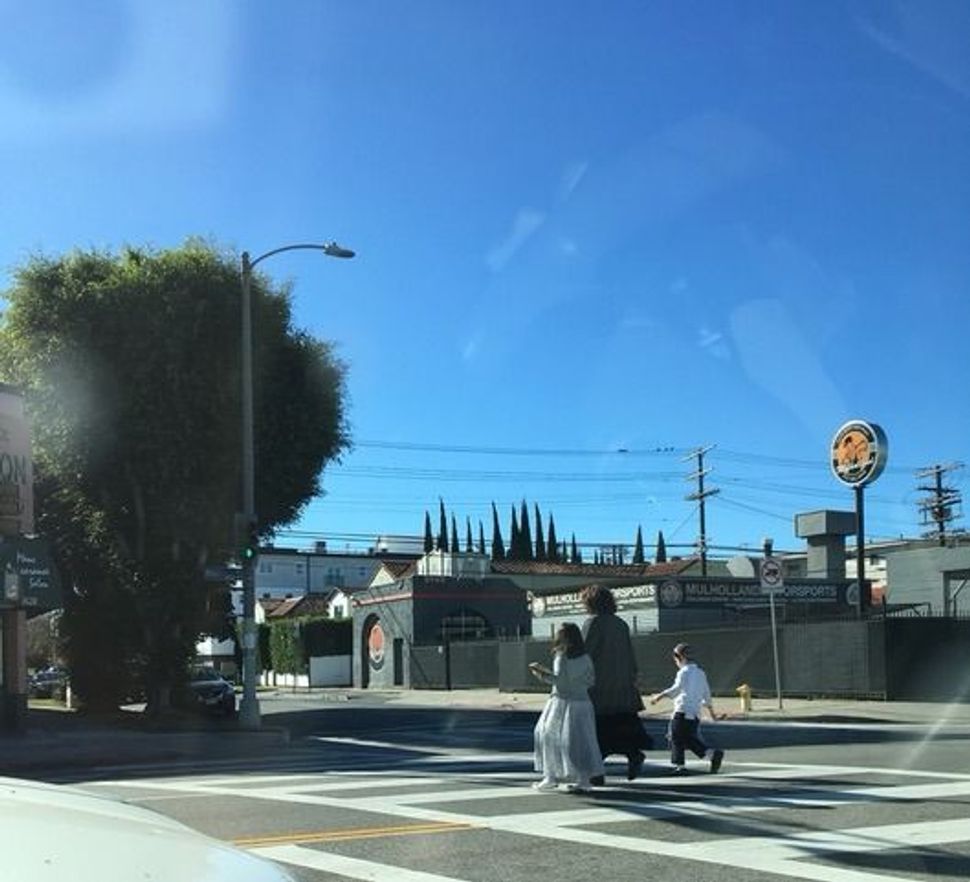 “She’s pretty for a Jewess,” the woman in the elevator says in French to her boyfriend, a Moroccan who lives in my new building in Pico Robertson. With my blonde hair and blue eyes, I’ve gotten used to being called “a nice” Jew from Morristown, New Jersey. Then there was the “So nice for a Jew,” as my boyfriend’s father said to him, in a loud whisper meant for me to hear.

But what I’m not used to, after moving to the Pico-Robertson neighborhood of West Los Angeles, is being surrounded by Jews.

And not just Jews: Orthodox Jews

After my divorce, I needed to leave our two-bedroom condo in Santa Monica and it turned out that the last bastion of inexpensive rent was a slice of Los Angeles known as Pico-Robertson. I found a huge one-bedroom for less than what a studio went for in Santa Monica. But I might as well have gone to another planet.

Pico Boulevard between La Cienega and Robertson Boulevards had a shul on almost every corner, two kosher delis, three kosher bakeries, two large kosher markets and three smaller ones, and a Ralph’s supermarket with a rabbi installed behind the kosher deli counter.

I was raised reformed Reform: We only went to temple on the High Holidays. We fasted on Yom Kippur and we celebrated Hanukkah. I grew up going to Passover Seder at my grandmother’s apartment in Flatbush, but I hadn’t been to one in Los Angeles since moving here from New York a decade ago.

So it was a little bit of a surprise to encounter the blast of Orthodox Judaism: Hasidic, Satmar, followers of rabbis whose over-sized, framed photographs hung in the windows. It was a shock when a rabbi who worked at Chabad yelled at me to “Come Home!” When one of my Israeli neighbors, wearing Louis Vuitton hi-tops, showed me his tattoo and asked if I wanted to get high. I asked about the tattoo; I thought tattoos were frowned upon. “I’m not religious,” he said. But he rose at 5:00 a.m. every morning to go to shul and thank God for being alive. That’s not religious?

I find myself wearing sweaters over my sleeveless shirts and shoes that covered my feet even in hot weather. One night it is drizzling and I wear a scarf with just a little bit of hair sticking out. Two men in black bow to me as I pass them on Pico Boulevard. 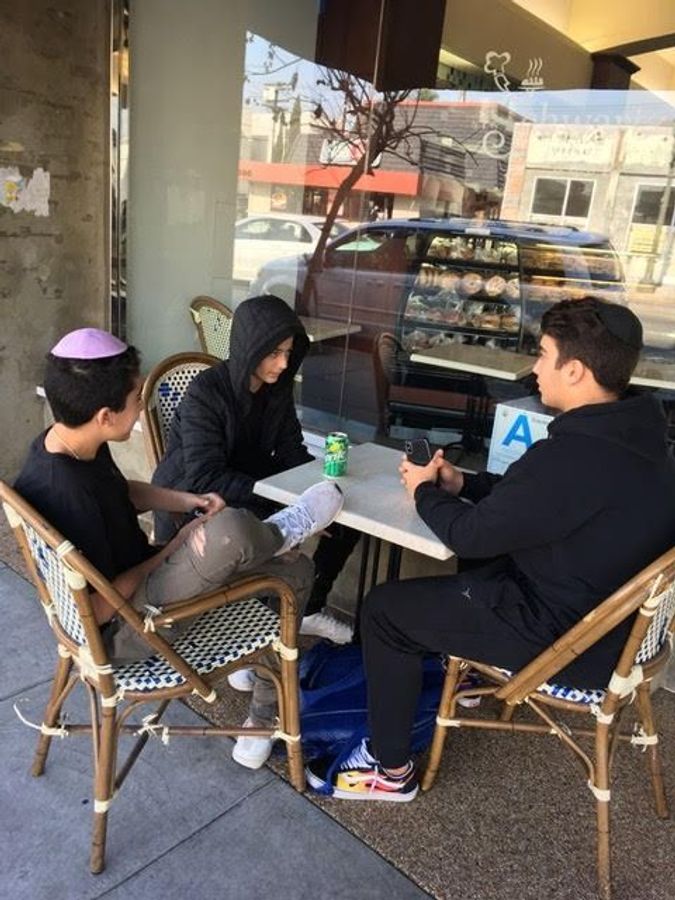 Boys outside a bakery in Los Angeles’ Pico Robertson neighborhood.

Am I a Jew? What is a Jew? I remember going to Sunday school at my friend’s Catholic Church. I was 12. The nun asked me to stand up. “Everyone,” she said, “this is a Jew.”

My dream was to live in the hills above Topanga, where crickets and frogs provide the evening soundtrack, and drinking coffee by the turquoise pool is often the first activity of the day. Instead, sundown on Yom Kippur offers up famished Orthodox Jews, pugnacious Iranian Jews, dismissive Israeli Jews, little yappy dogs owned by non-Jews who reside here for the cheap rents. The last of the sun beats down on the cars and potholes, puts into relief the shabby buildings and chipped adobe. Hardly what I had had in mind when I came to L.A.

Because I have white-blonde hair and blue eyes, I have been asked many times since moving to Pico-Robertson if I am Jewish

“Yes,” I always tell them. And the response each time is exactly the same: “Ashkenazi.” That is a separation for them, but not for me. Is being Jewish so ingrained that it hardly matters what your choices and beliefs are, or even your very consciousness is? There is a sense of connection that is beyond anything one merely thinks or envisions.

At the neighborhood Walgreen’s, where I am filling a prescription, there is a sign that the pharmacist speaks Hebrew. “Ten dollars co-pay,” she tells me in accented English and raises one eyebrow. My insurance has reduced the price by over 90%. I raise mine back and we smile. At the front register, where I pay for a sweatshirt I found on sale, Shana the cashier makes a “Not bad” face at the price.

Why can I communicate in this nonverbal language so easily? Why is it, in fact, second nature? I attended Harvard, graduated with honors, my ex-husband had been an old-school WASP who liked his drink and, I learned, his women. Yet I somehow understand a group of strangers much better than I ever did him. 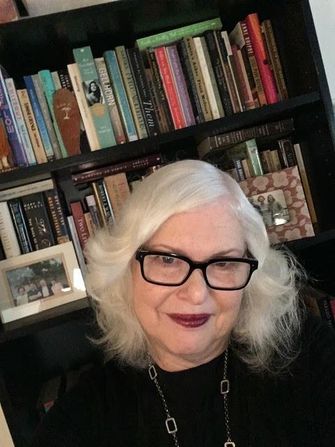 Friday night. You can hear a pin drop on the usually noisy Pico Boulevard. Only the Starbuck’s on the corner of Robertson is open. It is cheerful and cozy. I stop for a latte. I am alone as usual. But I look out on the street and there are men in shawls and women in scarves pushing strollers and a few boys with payot on the allowed scooters. I am alone, but not really.

Andrea Stein is a freelance book editor living in Los Angeles. In her spare time, she misses New York.

In An L.A. Shtetl, I Found Myself