How RBG’s ‘I Dissent’ Became A Fashion Statement 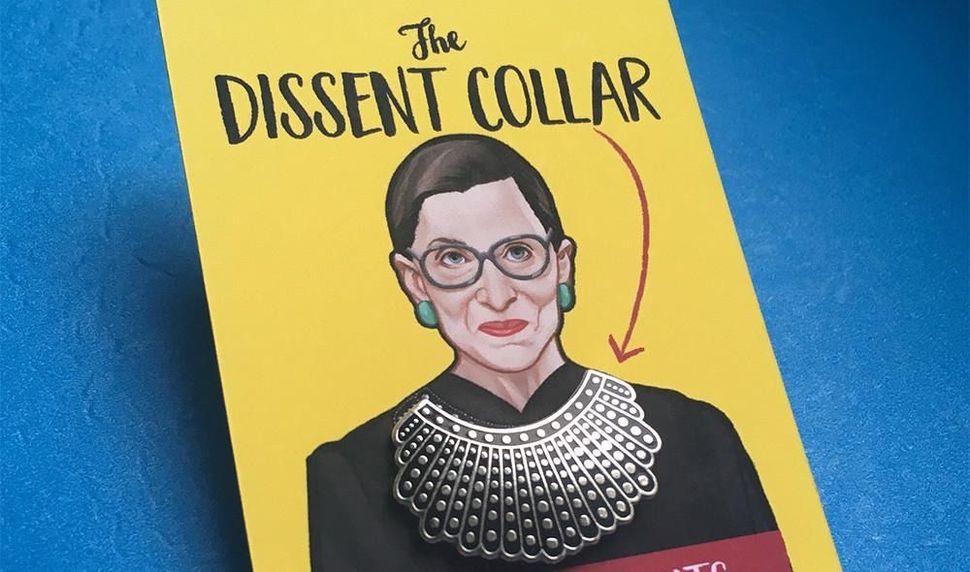 Supreme Court justices aren’t known for their sense of style. The long, black, shapeless judicial robe that they wear is practical, allowing the justices to focus on important matters (like saving the Constitution).

But Ruth Bader Ginsburg, dubbed the “Notorious RBG” by her ardent admirers, manages to add a bit of flair to her otherwise drab uniform through her large, even colorful, collection of jabots, or collars, that adorn her neck. 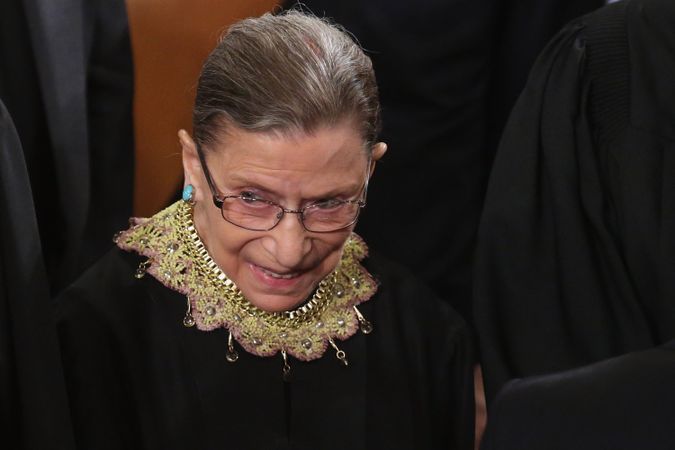 There’s the folksy, gilt-edged jabot she wears when she reads the majority opinion; the white beaded jabot from South Africa that is her “favorite”; the white ribbon-esque jabot that she bought in the gift shop of the Metropolitan Opera.

And then there’s her most famous jabot: her dissent collar. On days when no oral arguments are allowed, RBG uses the collar to indicate her dissent to whatever is being discussed or has been decided. Like the day after Donald Trump’s victory in the presidential election, Ginsburg wore the dissent collar. 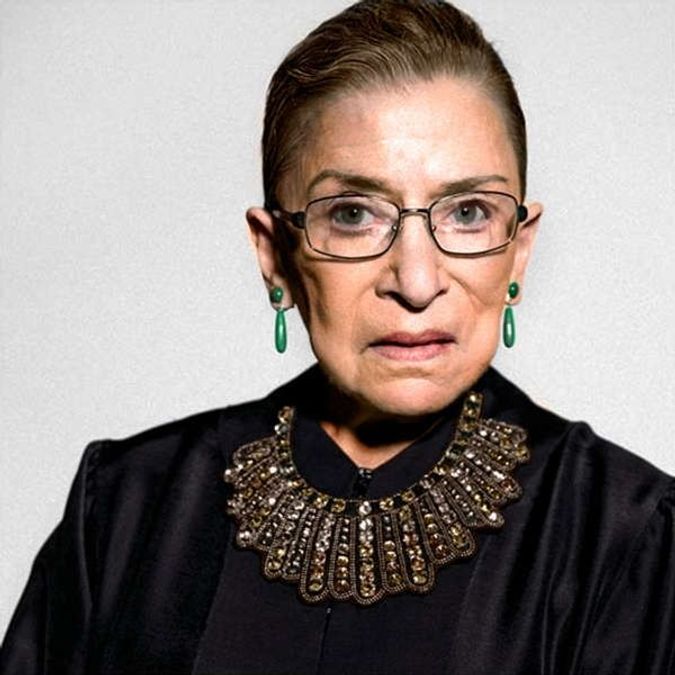 The decision to wear it was interpreted as RBG’s way of objecting to Trump’s victory. Especially since she had, earlier that summer, criticized the idea of Trump becoming president.

This action inspired Nick Jehlen to create enamel pins of the “infamous” dissent collar in collaboration with the illustrator Caitlin Kuhwald as a holiday gift. After the demand for the pins increased, they founded the RBG swag site, Dissent Pins.

As the creators explained on their site, “We created Dissent Pins as a tribute to the Notorious RBG and her subtle form of dissent.” As demand increased, they added pins of the Notorious RBG herself, an IUD and “science is real” to signal, like Ginsburg, a “subtle form of dissent” to pro-Trumpkins. In addition to the pins, they also sell necklaces, earrings and even temporary tattoo versions of the collar. 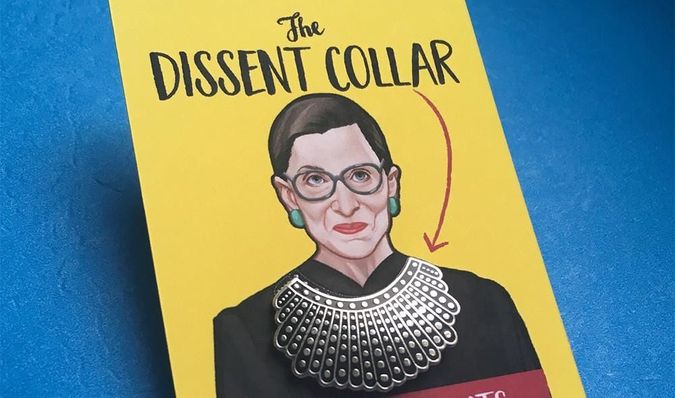 And even though they have essentially commoditized RBG and her principled, no-nonsense stance on defending democracy, some good does come from advertising one’s love for Ginsburg. Inspired by the lawyers who came in droves to airports to assist immigrants after Trump announced the so-called Muslim ban, Jehlen and Kuhwald wanted to make it easier for these noble defenders of democracy and freedom. Which is why they donate 50% of their profits to organizations like the International Refugee Assistance Project: IRAP) and the Center for Reproductive Rights.

How RBG’s ‘I Dissent’ Became A Fashion Statement