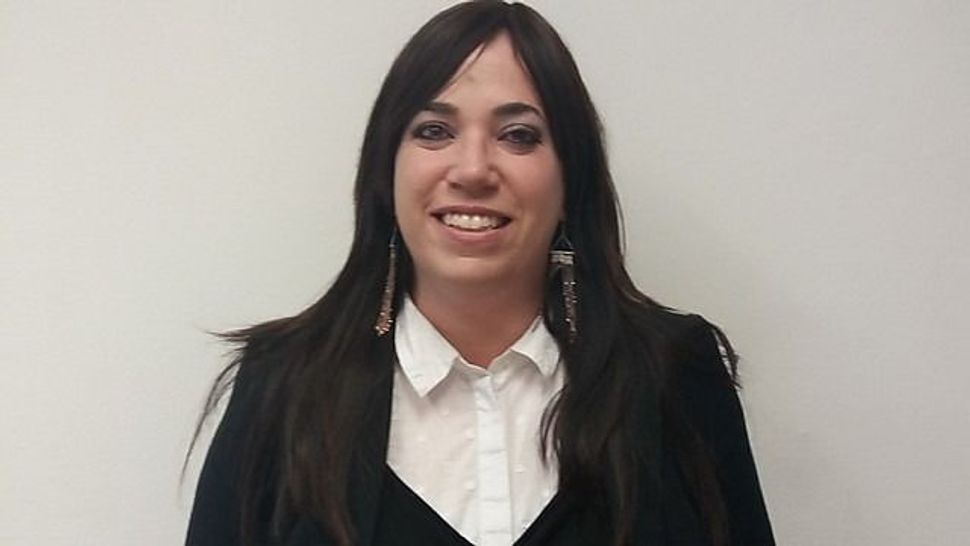 Image by Israeli Ministry of Justice

She’s breaking the glass ceiling — all the way from the ultra-Orthodox enclave of Bnei Brak.

Toker, 41, was born in England and grew up in Bnei Brak, one of 12 children. Previously a senior deputy at the Jerusalem District Attorney’s Office, Tokar is a graduate of Bnei Brak’s Volf Bais Yaakov, who went on to study in the the Academic College of Law in Ramat Gan and received a graduate degree from Hebrew University.

She comes from an illustrious Haredi (ultra-Orthodox) family: The daughter of Refael Volf, the right-hand man of the late Rabbi Elazar Menachem Shach, leader of the Lithuanian Haredi community, and the wife of lawyer Yehezkel Tokar, son of Rabbi Nachman Tokar, who was a rosh yeshiva at the elite Hebron Yeshiva.

Toker is the mother of four and her eldest son has just joined the ultra-Orthodox unit in the IDF’s Givati Brigade — an unconventional move for a son of a Haredi family. “She is raising her children with an ‘open’ Haredi education, yet is considered as having solid principles in everything tied to Torah and halakha,” Yisrael Cohen of the Haredi news site Kikar Shabbat reported.

Of course, an appointment of a Haredi woman to a secular court will not go uncriticized. Shlomo Benizri — member of the Shas party and former Knesset member, who has previously blamed earthquakes in Israel on Israel’s tolerance of homosexuality and has served time in prison on corruption charges — blasted the decision to appoint Toker, questioning her Orthodoxy. “This is brazenness and chutzpah, to call oneself Haredi on one hand and with the other hand raise a hand against the Torah of Moses,” he told Kikar Shabbat. “They want to give legitimacy to the secular legal system.” 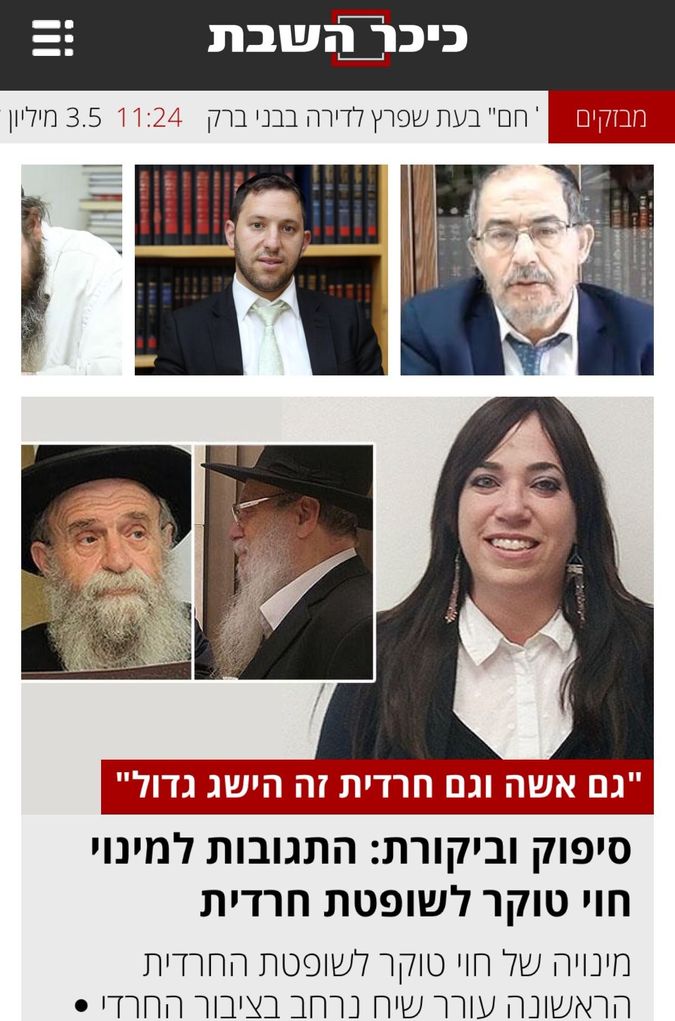 Haredi news sites laud Toker — with extensive lists of the respected men she is related to. Image by Screenshot/Kikar Shabbat

But it seems Toker’s pedigree is saving her. Orthodox media lauded the appointment, emphasizing Tokar’s illustrious lineage, community standing and Haredi education — and the men she is related to. “First Time, A Bais Yaakov Graduate Appointed To Judge,” read the headline on B’Hadrei Haredim, the Israeli ultra-Orthodox news site. Reports in religious media debate about just how observant Toker is — “Acquaintances say that she is certainly a ‘modern Haredi’, yet she is still more Haredi than modern,” Cohen reported. “‘She doesn’t even have Whatsapp,’” one acquaintance said.

According to Kikar Shabbat, there is hope among Haredim that Toker will “represent the Orthodox spirit with genius, and bring honor to the Haredi community”.

The appointment was a long time coming, after Shaked promised that she would appoint a Haredi judge. “I see a unique challenge in the appointment of a Haredi female judge, and I intend to do this in the next committee,” Shaked said at a recent conference organized by Kikar Shabbat in January.

What’s next for Shaked? “We still don’t have a Haredi Supreme Court Justice,” she told Dekel Segal in an interview on Galatz radio. “But this is definitely the next task at hand.”