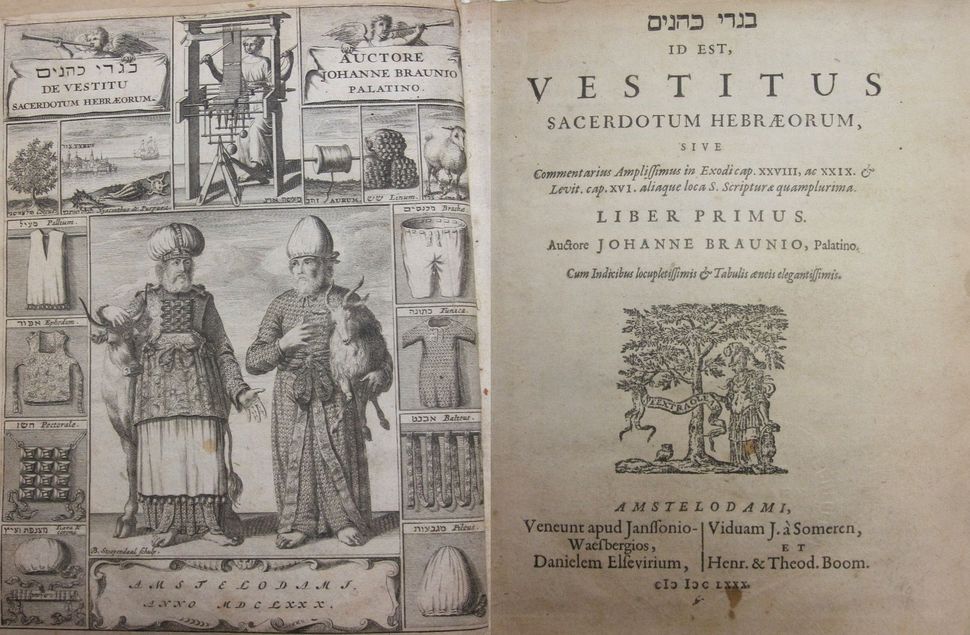 While the library at New York City’s Fashion Institute of Technology — also called FIT — has many books on fashion, the oldest tome in its collection is no Parisian catalogue, but rather a Jerusalem one: It’s a Renaissance-era book on the priestly garments worn in the Holy Temple in Ancient Israel, written by Johanne Braunio (or Braun).

Written in 1680 and published in Amsterdam, the book is primarily in Latin, with a sprinkling of Greek and Biblical Hebrew. Its title page says “Bigdei Kohanim (Hebrew) De Vestitu Sacerdotum Hebraeorum (Latin),” which loosely translates to, “The Jewish Priestly Vestments.” 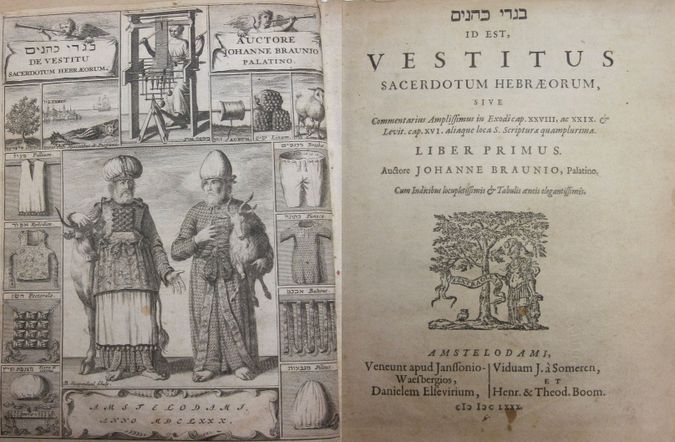 The book’s two volumes describe the materials and functions of the priestly garments and precious stone-studded breastplate, and are illustrated by the famous Dutch engraver and mapmaker Bastiaan Stoopendaal.

What’s perhaps most fascinating is the fact that this esoteric subject continues to be extensively covered within the Jewish community — thousands of years after the destruction of the Temple, the traditional Jewish community continues to obsess over the details of Temple service: The back of every Artscroll Stone Tanach, or bible, has an illustrated diagram of the priestly vestments. Posters of priestly dress hang on the walls of sukkahs during the holiday of sukkot. During the holiday of Purim, little boys still dress up as a high priest, whether or not the family is a kohen (and yes, even Walmart sells it). 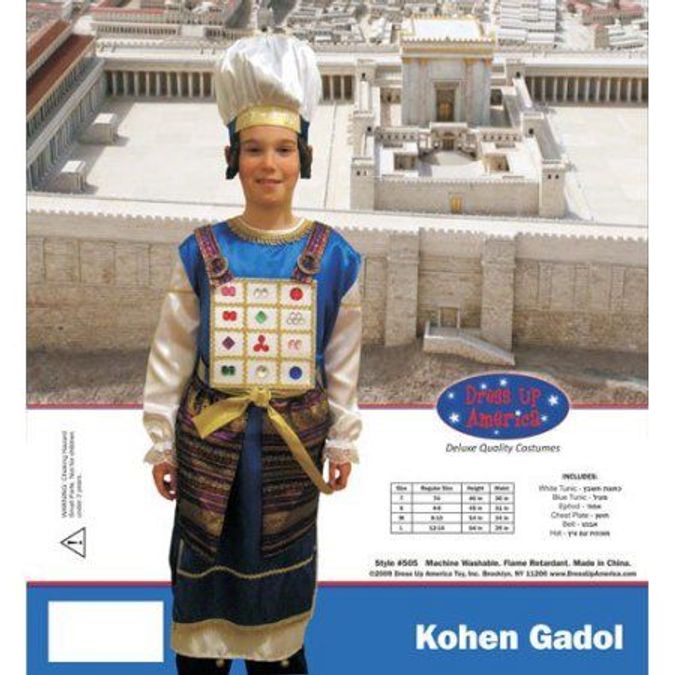 A “Kohen Gadol” or High Priest costume sold at Walmart. Image by walmart.com

This all, despite priestly vestments being entirely irrelevant to modern-day Jewish practice. This occupation with studying Temple life is both an indicator of modern messianism — that the Messiah will come and therefore Jews will need to know how to create these devotional garments — as well as of the Jewish love of history, down to the nitty gritty details.

The Braunio book is one of 7,500 rare and fragile manuscripts, monographs, scrapbooks, periodicals and works of art housed in the FIT library’s Special Collections & College Archives unit, which has recently undergone a $3.6 million renovation. The volumes, and others in the collection, can be viewed by the public by making an appointment.