What’s With The Orthodox Anti-Chabad Bigotry? 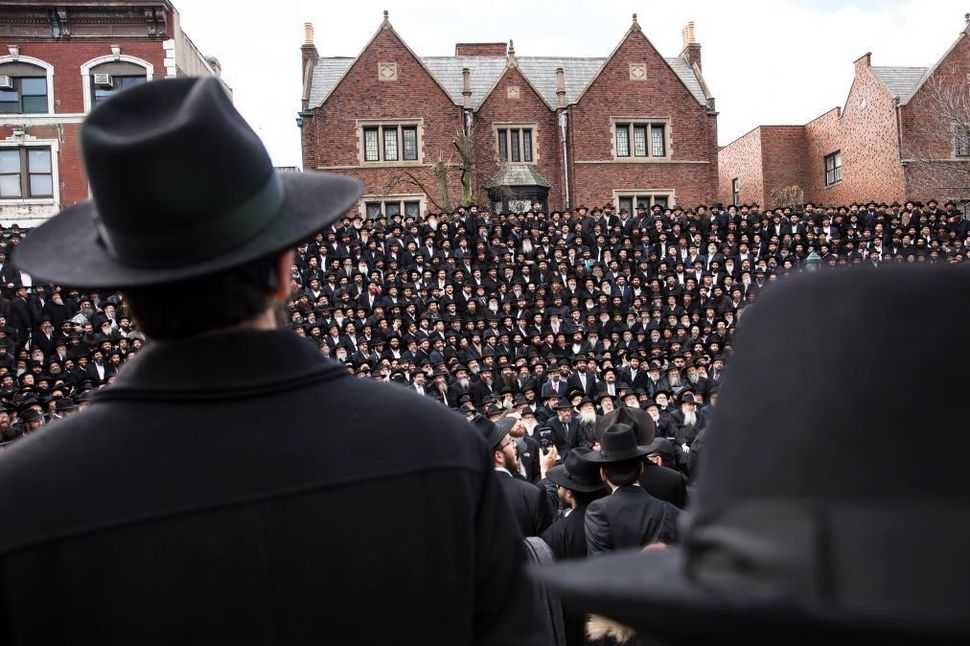 It occurred in a yeshiva high school, as a prank for the month of Adar, in the spirit of Purim. On social media, photos circulated of various tables and dioramas mocking Chabad’s global activities. 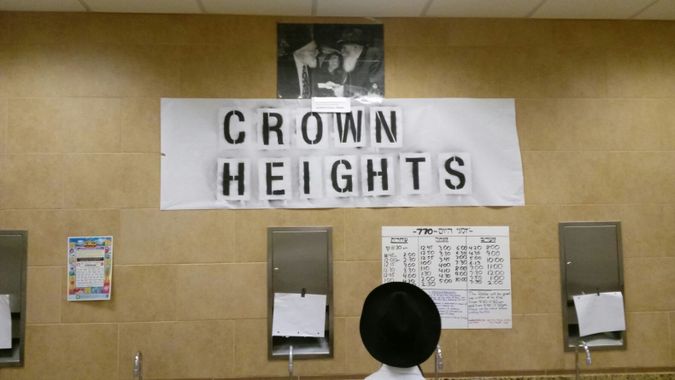 The students lampooned the Chabad movement and its mission of spreading Judaism, with mock travel sukkahs, prayers at the Lubavitcher Rebbe’s gravesite, and Chanukah menorahs. The school is a Yeshivish high school — that is, non-Hasidic Orthodox. The high schoolers set up a “hat-whacking” station, imitating Chabad’s trademark slightly disheveled hats, as the Rebbe wore his. 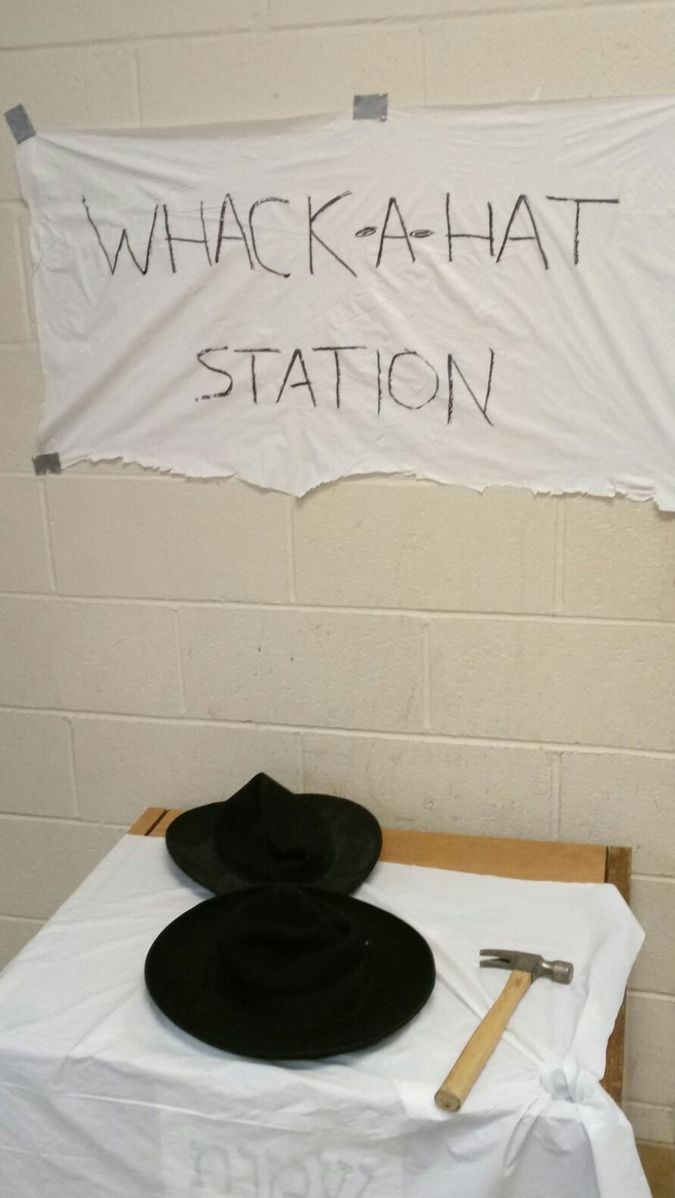 These images were crafted to deride, as the school is part of a community that doesn’t support Chabad. Rabbis speak out against the movement and the dean has written essays claiming the movement is heretical. 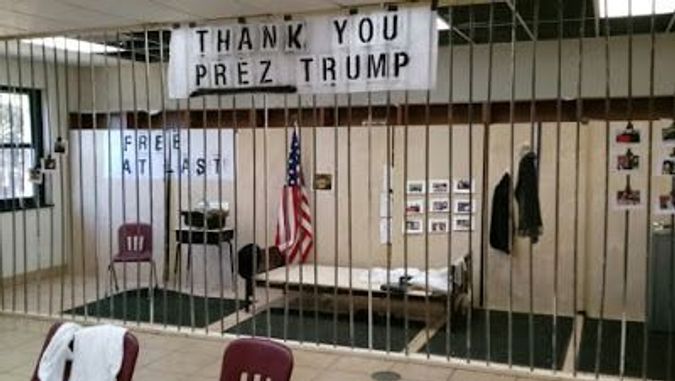 Eventually, the principal had the materials taken down.

The gag wasn’t ill-intentioned, some said. It was just a joke. It was only an Adar prank. The kids were just having fun.

As a high school teacher and inner high school student, I am empathetic to teenagers, and quickly forgive my students for their follies. Students at this age often lack a degree of agency because they are simply reproducing their parents’ words and behavioral patterns.

But this incident, which is not isolated, is endemic of a larger issue in the Jewish world about intrafaith relationships and dialogue.

Orthodox Jewish communities don’t hate one another. Actually, there’s simply a casual rejection of other Jewish communities of one another. For example, ‘Yeshivish’ (non-Hasidic, Lithuanian) Jews believe that Hasidim are too insular — some reject Chabadniks’ beliefs, some don’t believe in Chabad’s methods of outreach. In the meantime, Hasidim think that the ‘Yeshivish’ are too ‘modern’, too detached from the spiritual world of Hasidic and mystical thought. Ignorance of the other is the core of this divide. This disconnect allows for community members to reject or scorn members of other communities.

The Hasidic-Litvish debate, dating back to the 1700’s, is predominately irrelevant. Few people currently debate tzimtzum, Jewish mysticism, and the intellectual enmity between the Vilna Gaon and the Shneur Zalman of Liadi.

The prank is not a reflection of that.

Rather, it’s the epitome of the fighting among Jewish communities. There is ignorance of the other which leaves room for rejection. And it’s painful to witness.

When my Lithuanian/Yeshivish friends and family make fun of Chabad, I stand up for the movement and the thousands of emissaries around the world. I remind the scoffers that young men and women go out and build new communities, salary-free. Shluchim have an amazing amount of courage to risk personal comfort and professional opportunities to be a part of a movement that is larger than themselves.

And when Lubavitchers use disparaging terms like “snag” (the pejorative slang term for ‘Misnagid’, which was used to refer to those who oppose Hasidism), or Ner Yishmael (referring to the Yeshiva Ner Yisrael, with ‘Yishmael’) — I remind them of the piety, seriousness, and studious rigor that the Lithuanian yeshiva community supports and sustains. The degree of stringency and seriousness in which they observe the mitzvot. The community has a tremendous generosity, offering millions to various charitable causes.

I always try make peace and defend the other, because I firmly believe we must stick together.

The incident caused me to reflect on my own experience in Yeshiva, and of balancing the Lithuanian and Hasidic worlds. Every Thursday evening, during the three years of my post high school Yeshiva study, some classmates and I studied Hasidic thought with students from the nearby Chabad yeshiva. It was certainly not approved by the anti-Hasidic administration, so we studied clandestinely in our dorm rooms. More than once, the residence hall supervisor (‘mashgiach’) discovered our activities and unkindly asked the visiting students to leave. We often played cat-and-mouse games trying to hide from him. In another instance, my Hasidic thought books went missing from the study hall. Upon investigation, I learned that my mashgiach took them away and put them in his office. After an awkward conversation in his wood-paneled office, he returned them.

These silly occurrences, ones that barely rest on my conscious memory, are only relevant because they are the embodiment of the rift among Jewish communities.

But there’s also a wider issue. Anti-Semitism is not a new problem and it’s not going away anytime soon. Public displays of animosity give license to outsiders who genuinely hate us. If we detest ourselves, so can they.

We can’t be sensitive to anti-Semitism from non-Jews before reckoning with the scorn from within.

Eli Reiter is a teacher and writer living in New York. He hosts and produces the long-form storytelling show “Long Story Long.”

What’s With The Orthodox Anti-Chabad Bigotry?