Rebecca Minkoff And Cosmo Magazine Collab To Get Readers To #VoteTwice 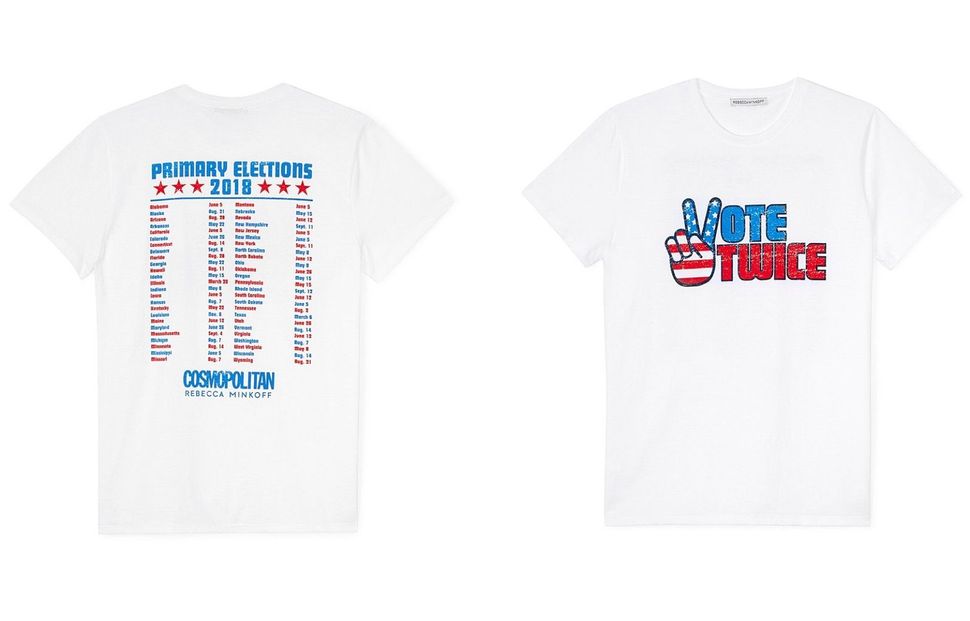 Rebecca Minkoff — who not only helms her eponymous fashion empire, but also recently gave birth to her third child (a boy named Nico) — just added to her already bloated list of responsibilities: civic advocate.

In other words, she’s partnering with Cosmopolitan Magazine on a line of T-shirts to encourage young women to vote. Called #VoteTwice, the initiative encourages Cosmo readers and Rebecca Minkoff consumers to be politically active on a local and national level by voting in the primaries — which, depending on the state, are held sometime between March and September, as well as the upcoming November Midterm election.

The $48 T-shirts look very similar to classic concert-branded merch, except that the “tour dates” on the back of the shirt are the dates of each state’s primary. The front features an American flag printed hand making the peace sign, which doubles as the “V” in “Vote Twice.” 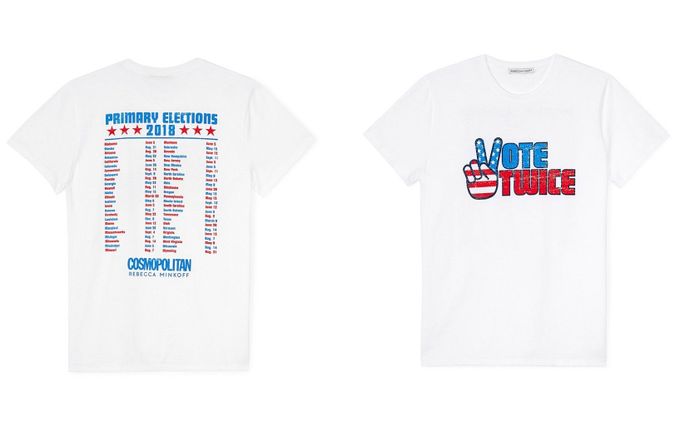 In addition to Minkoff, Cosmo is working with Rock the Vote and Ignite (a nonpartisan group encouraging young women to vote) to assist with registering people to vote.

And although both organizations appear to be left-leaning and progressive, Jessica Pels, Cosmo’s Digital Director, insisted that the initiative was an effort to mobilize young people of all political streams to vote. ““We want every young person in the country, no matter their political leanings, to go to their primaries and their midterms and to cast ballots,” Pels told WWD. “We think that the more young people who are engaged the better, period.”

Rebecca Minkoff And Cosmo Magazine Collab To Get Readers To #VoteTwice