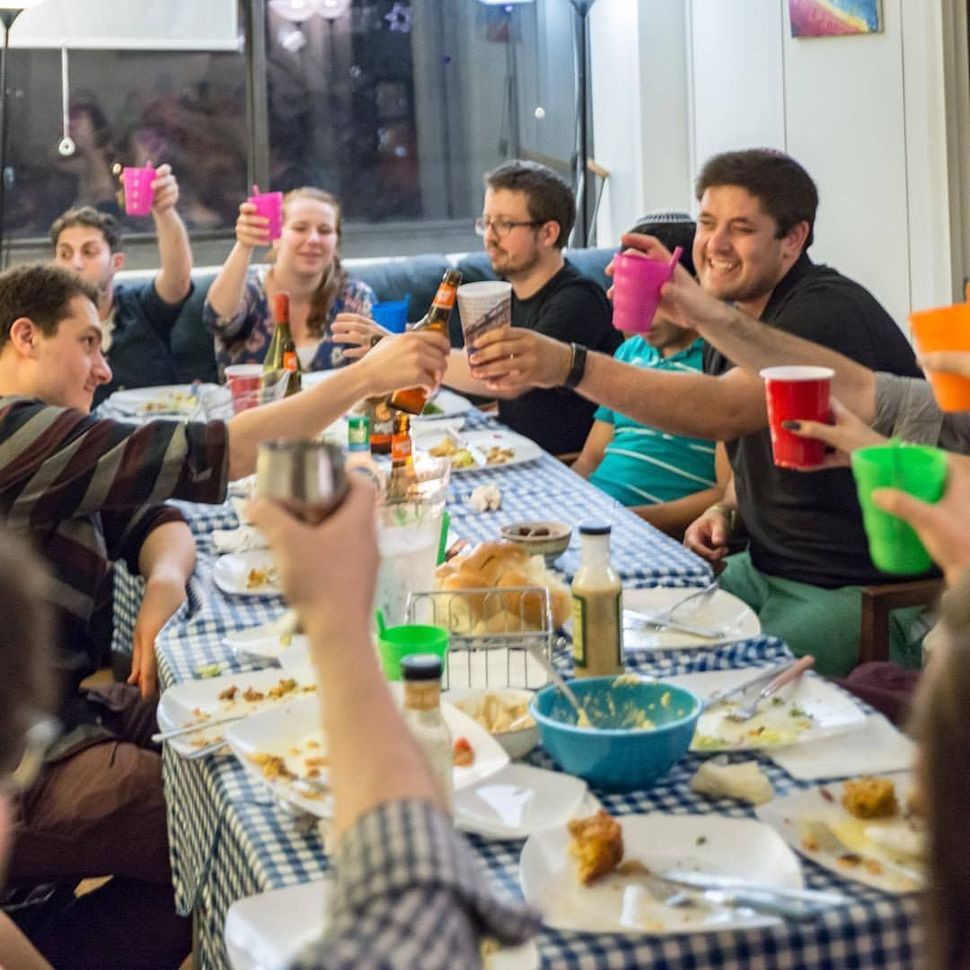 As a graduate student in Pittsburgh and London between 2007 and 2015, I sometimes felt that only Orthodox groups such as Aish HaTorah and Chabad sponsored activities for Jews my age.

These groups succeed because they engage in active outreach (kiruv) and create a charismatic vision of Judaism, requiring little buy-in from the attendees.

However, they offer unequal experiences for men and women. At one Chabad event for Simchat Torah in Pittsburgh, for example, women were kept in a separate room to sing and dance quietly together while the men enthusiastically prayed and danced with the Torah. At Chabad events for Shabbat in Pittsburgh and London, women were regularly expected to set out food and clear the table while the men conversed.

Given such experiences, Orthodox activities did not appeal to me, as a progressive Jew. But if I wanted to participate in Jewish life and meet my peers, these seemed to be my only options.

Upon graduation, I was excited to move to Washington, DC, where liberal organizations have a host of initiatives to engage young professionals – and are often using the Orthodox ‘kiruv’ model, but with a much more progressive twist.

“Orthodox Kiruv is not only outreach, but outreach with a goal or perception of what Judaism should look like,” Rabbi Susan Landau of Temple Micah told me. “My idea would be inviting people into a Jewish setting and showing them how Judaism can enrich their lives in ways that they are already living.” Through the synagogue’s young professional group, Next Dor, Landau hosts two to four events per month, ranging from Shabbat services to social justice projects, attracting twenty attendees or so for each event. Larger events are held by reform synagogue Washington Hebrew Congregation’s 2239 and Sixth and I, a non-member synagogue which divides its budget equally between religious and secular programming.

On average, 2239 welcomes about 150 young professionals to activities in Metro-accessible spaces. Rabbi Aaron Miller believes his program succeeds because, in his words, he avoids the simple “liquor ‘em up and make it free” approach to Jewish programming. “If the only programming that progressive organizations are willing to provide are break-even happy hours, no one will want to come. We are singularly focused on quality control in the Jewishness that we do.” The 2239 programs include a monthly Metro Minyan, quarterly book club meetings, and holiday celebrations.

Sixth and I, an unaffiliated synagogue with two regular rabbis and a rabbinic fellow, offers a different approach. It organizes weekly programs ranging from philosophical discussions and Talmud study to themed Shabbats. As with Next Dor and 2239, Sixth and I charges a fee for their events, but tickets to religious activities rarely top $20, and there is no expectation or option for membership. The synagogue’s popular Sixth in the City Shabbat, which includes musicians and vocalists, often hosts upwards of 200 people. Yet Rabbi Scott Perlo believes that regular educational programming is just as important as Shabbat events. “I don’t think we would be successful if we just had Shabbat services,” he told me.

Moishe House subsidizes housing for groups of young Jewish adults and provides them with a monthly budget of $250-500 for programming. OneTable offers Shabbat hosts $15 per person for Friday night meals, either in their homes or at local restaurants. While identifying as pluralistic rather than liberal, their missions of having individuals craft rituals that are personally meaningful places them firmly in the liberal camp.

Speaking to this issue, Moishe House founder David Cygielman wrote that Moishe House works because “young adults create the most authentic and relevant experiences by planning programs they are genuinely interested in attending.”

“You are more likely to value something created by a peer; also more likely to try it yourself,” said Aliza Kline, Executive Director of OneTable. “Ingrained in Chabad culture is opening your home and inviting strangers in. It is amazing and non-normative. We want to encourage hospitality and the Jewish value of welcoming the stranger (hachnasat orchim).”

While liberal Jewish events in Washington often lack the raucous singing of a Chabad supper, they are providing viable alternatives for young people. “There’s more than enough people to go around,” Rabbi Perlo, of Sixth and I synagogue, said. Even with all the work that we do, we’re barely making a dent. We’re doing our best, but there’s definitely more demand than capacity.”

The long-term effect of these initiatives remains to be seen, but liberal Judaism certainly has room to grow in its outreach attempts.

_Ashira B. Greene is a consultant with a doctorate in Education from University College London. She has been published in New Voices, and is currently writing a novel about the effects of kiruv programming on young adults. Follow her on Instagram and Twitter