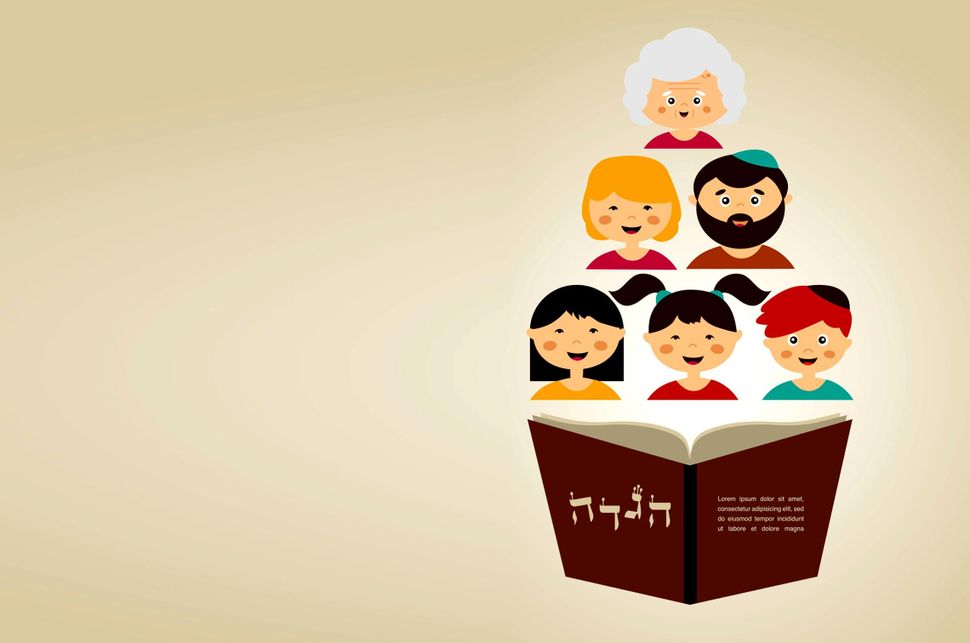 Family on Passover. Image by iStock

At its best, the Passover Seder can model the values it celebrates—freedom from slavery and oppression—by disrupting habitual hierarchies and bolstering inclusivity. Unfortunately, sometimes our attempts to honor this sacred mission fall short. At its worst, the festive meal celebrating freedom can deepen the very divisions it seeks to heal.

For those who wish to create a meaningfully inclusive Seder, traditional sources offer a wealth of inspiration, and encourage each generation to add its own creative voice to the practice.

Here are some suggestions as to how to make a traditional Seder more inclusive.

Remember that it’s a communal effort.

Seder means “order.” It revolves around a script—the Haggadah—that offers a particularly promising spiritual technology to empower the disempowered. At many Seders, the reading of the Haggadah moves around the table so that every voice is heard.

By common custom, the youngest child is the one who asks the four questions—ensuring that children are integrated into the ritual as soon as they are able to speak and encouraging adults to listen to voices that are sometimes ignored. Through the story of the four sons, the Haggadah reserves a place at the table for the rebellious child who turns her back on tradition. Some hosts invite members of other faiths, refugees, and the indigent to join the meal. Many leave the door open and set an extra place at the table for Elijah the Prophet—invoking the radical invitation: “All who are hungry, let them come and eat.”

As every teacher knows, in group settings, some people will not participate unless they are explicitly invited. The silent are often women, minorities, or simply introverts. Sometimes silence is a choice, and that should be respected. But all too often, group dynamics unintentionally replicate existing hierarchies, intensifying instead of healing the pain of those who feel like strangers.

It’s time to reclaim the Seder as the creatively inclusive practice it has the potential to be.

Maimonides calls on every person to retell the story of the Exodus, the more the better. To disrupt default patterns, Maimonides’ words may be interpreted as a call to supplement the Seder with listening circles.

A listening circle is a group dialogue that supports deep listening and speaking from the heart. It is not a debate, nor is it an analytical conversation in which we are trying to solve a problem or reach agreement on an issue. The goal is to create a safe space for people of diverse backgrounds to share their unique gifts and perspectives.

The Native American version of this practice employs a “talking stick” to designate the speaker. At the Seder, any object that carries symbolic value can be used as a “talking piece”—like matzah (unleavened bread symbolizing humility), or an orange (symbolizing inclusion of women and members of the LGBT community).

Four questions can serve as a guide to four listening circles throughout the evening, with each question following one of the four cups of wine.

What is your name -— the name you wish to be called tonight?

Names imbue us with dignity. Names are the prelude to the book of Exodus (which in Hebrew itself means names): before slavery, people had names. But the Moses story itself begins with a glaring absence of names. We read about a woman who gives birth to a boy, a sister who watches as he floats alone in treacherous waters, a daughter of a tyrant who draws him out. Only once he is adopted does Moses receive his name.

The first step of the Seder, Kadesh, means sanctification. One way to sanctify a community is to recognize its individual members by their preferred name. Some of us, like Moses (which means drawn from the water), were given a name that memorializes salvation. Some, like Abraham and Sarah, changed our names after life-altering transitions. Some use multiple names, pronunciations, or pronouns. What is the name that supports your experience of freedom tonight?

What is your personal experience of Egypt?

The second cup of wine follows the Magid, the telling of the Exodus from Egypt, our passage out of the ultimate constriction. The second listening circle we propose invites people to share a story of oppression. Speaking about trauma can be difficult; people should feel free to answer the question indirectly. The prompts are suggestive, not rigid prescriptions, and sharing in a listening circle is always optional—you can always simply pass the talking piece along. If you do choose to share, try to speak in the first person. Limiting statements to “I statements,” rather than speaking as representatives, honors others in the circle—they have agreed to listen, not to be spoken for.

What are you thankful for?

Barech—the grace after the meal — as well as the search for the afikoman (the activity that for many children represents the high point of the night), offers an opportunity for people to share a story of gratitude. The third question asks: What blessings are you thankful for tonight?

What does ‘miracle consciousness’ mean to you?

After Hallel, the readings that praise God, we invite people to take the final step out of slave consciousness by cultivating miracle consciousness: Have you ever witnessed a miracle? Stories of coincidences, survival against the odds, unexpected love, or dreams of ultimate redemption can all contribute to this final round of the evening.

At a large Seder there might be time for just one of the questions, or questions may be answered in pairs or in triads. And different questions might be more fitting depending on the people gathered.

Dialogue is difficult — and that’s okay.

We recognize that the listening circle format might make some people uncomfortable—including in allowing for slower speech and even silence.

Change is rarely easy, but the invitation to stretch out of our comfort zone is at the very heart of what Passover is all about.

After the Exodus, when the Israelites were wandering through the desert, some complained to Moses: it would have been better had you left us to die in Egypt. The change was so shocking to them, that they missed the familiarity of slavery.

Passover acknowledges the tension that comes with change, and it encourages us to bring curiosity, resilience, and creativity to the process. Yes, shaking things up is unnerving. But that’s the point.

The Seder is a communal empowerment ritual based on the insight familiar in modern times under the heading: the personal is political.

Its main tool is speech—structured speech. Haggadah comes from the word “higgid” which means to tell, to expound. Pesach—the Hebrew word for Passover—is made up of “pe” and “sach” a mouth that speaks. Passover is our annual opportunity to recalibrate the usual seder, the default order of our lives, including habits of communication that privilege some voices over others.

A Seder must include dialogue. The sages tell us that even if a person celebrates the holiday alone, she should direct questions to herself and listen for answers. For those who are fortunate enough to celebrate in community, Passover is our chance to move into truer, deeper dialogue with all who are hungry for a more inclusive future.

Rabbi Mike Moskowitz is the Senior Educator at Uri L’zedek, Orthodox SocialJustice. Shari Motro is a Professor of Law at the University of Richmond.