Mark Zuckerberg Wore A Suit To Congress To Look Boring 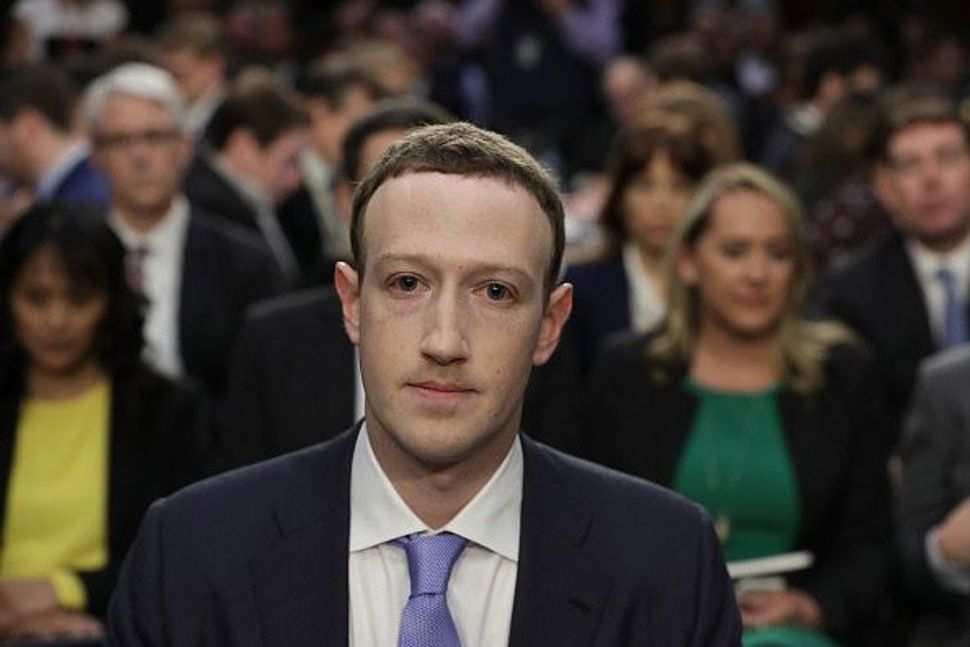 What was perhaps most fascinating about today’s Senate committee inquiry into Facebook’s privacy policies in light of the Cambridge Analytica scandal was not the requisite public shaming and scapegoating, but what Mark Zuckerberg wore for his public castigation: a suit.

Mark Zuckerberg looked bland and contrite — he avoided smiling, even smirking. When he did smile, it was half-hearted, even solemn. As he spoke, he was humble yet firm, like he was pitching important investors on his unicorn of a company. He was direct and serious, his hair was short and straightforward, looking like a prepubescent choir boy. He wore a dark, non-descript suit, and everything about it was neat and orderly, even buttoned up: His jacket was buttoned, black-tie-style. Underneath, a white shirt was buttoned to the collar, and his blue tie was tied in a small Windsor knot and neatly tucked as if he were a respectable lawyer, or an associate on Wall Street.

Zuckerberg is known for his penchant for hoodies. His look of black zip-up hoodie over a faded T-shirt has become a uniform of sorts in Silicon Valley. And so, for Zuckerberg to wear a suit is jarring, a seeming 180 from his usual garb.

But it wasn’t exactly.

Zuckerberg’s hoodies, like today’s suit, is a uniform. As Somini Sengupta wrote in the New York Times back in 2012, “Mr. Zuckerberg is nothing if not a master of optics.” Zuckerberg understands the implicit power of his clothes, specifically with regards to having a uniform.

His hoodie, with it’s blatant disregard for what constitutes appropriate business attire, is used to convey his rebelliousness, because, as Henry Blodget opined in Business Insider, “Mark Zuckerberg really doesn’t give a damn about you.”

And that apathy, having a practiced cool as a “disrupter”, is a core philosophy of Silicon Valley. The whole purpose is to destroy the notion that there is a “proper” way to do things. That being brash, aggressive, even rebellious is something to embody because only the bold and daring can succeed. That people who care too much about their clothes and the way they look don’t care enough about creating the best possible product.

But it’s also democratic: Everyone can afford a $20 hoodie, but a Brioni suit can set you back $2,000. A tech founder will often wear the same outfit as a lowly engineer or coder might, and buy their outfits at the same fast store. To wear a hoodie, therefore, is to embrace the notion that succeeding as a startup is inherently meritocratic: Anyone can succeed, as long as you’re dedicated enough. It doesn’t matter that Silicon Valley has issues with representation and diversity; the optics of wearing a hoodie allows techies to pretend that their industry is truly accessible.

Today’s dark suit and blue tie — a tie color that is as basic and common as a woman’s little black dress — is simply a different kind of uniform. Zuckerberg’s look mirrored the way nearly everyone around him was dressed.

In contrast, the Senate committee used red — specifically in the form of ties and scarves, for the women. It was a power move — they were lording over Zuckerberg, barely containing their mirth and scorn as they asked the same question in different ways, trying to catch Zuckerberg in a lie. There was the red striped tie of Senator Nelson, the “ranking member” of the committee, who completed his look with the flourish of a red paisley pocket square as he questioned Zuckerberg’s intrusive advertising model. Senator Cantwell’s jacket was a deep shade of lipstick red as she relentlessly bombarded Zuckerberg with prying, direct queries that made Zuckerberg squirm and stutter. Senator Feinstein wore a mulberry jacket, her sharp, eagle-eyes bespectacled and her floral scarf tied around her neck with a flourish. She looked like Margaret Thatcher — grim and firm as she scolded Zuckerberg like he was a misbehaving schoolboy over Cambridge Analytica’s election interference.

And, for Zuckerberg’s part, he played the contrite, misbehaving schoolboy role perfectly with his unassuming wardrobe choice. And it also allowed him reprieve from the anger of the American public — it’s hard to be angry at someone who has embraced our anger, who has subsumed his rebellious soul into a person of conformity who is eager to cooperate.

Mark Zuckerberg Wore A Suit To Congress To Look Boring