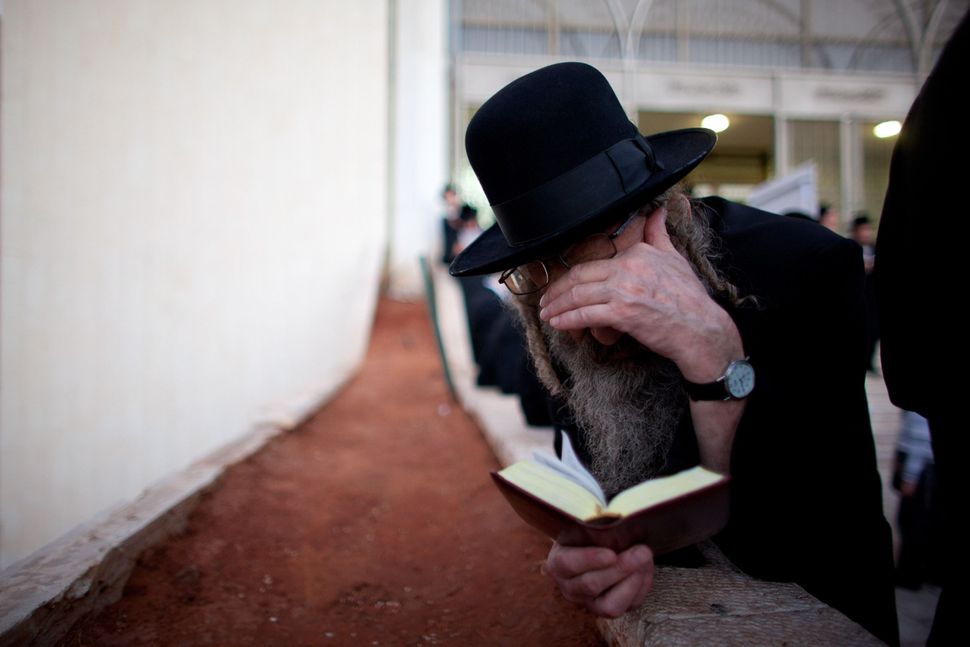 A man prays as Ultra-Orthodox Jews perform the Tashlich ritual on September 24, 2012 in Bnei Brak, Israel. Image by Getty Images

Note: This is Part 1 in a two-part series about the effect of Judaism on mental health. Part 1 is an examination of a recent study on the subject and its implications for Jews on a personal level. Part 2 will be about what our diverse communities can learn from this study.

I was sitting in the subway, as I am now. Trying to write, as I am now. But I couldn’t focus. I was consumed. Or rather, I was fighting desperately not to be consumed.

I changed my entire life to become Orthodox. Studied in Israel for a year, got married in Chicago, and then sold all our things and moved back to Israel just so we could study more, become more equipped to be in this world, and more knowledgeable in the beliefs we cared so deeply about. We had a child before we were ready. We moved back to Crown Heights, Brooklyn, the heart and home of the same Hasidic community.

And now I was on the subway. And I was sick.

For months, maybe years, underneath the surface, I had questions. Many questions. But there was one that was fighting its way to the surface, pushing so much that now I was scared of being consumed.

It was the question of Noah’s ark. No matter how I looked at it, it made no sense to me that the world was flooded. There was no explanation that satisfied me. No rabbi who could explain it properly. No “scientist turned Hasid” who could convince me. Not even my beloved Lubavitcher Rebbe had a letter that made me happy.

And so I was miserable.

A week later, I was sick. There is no doubt in my mind that it was because of this all-consuming question.

And it wasn’t just the question. It was the commitment I had made to this life. My child was named “Tanya” after the foundational text of Chabad, after all. We lived in the heart of it. We were bought in, and now this one question felt like it would rip all that apart. If I let it.

And yet, as I learned, even when I fought the question, it came back, and made me so sad, so despondent, and so scared, that my body itself broke down.

This is what it means to be bipolar and religious.

A recent study showed the effects of religious Jewish practice on those with depression, bipolar, and other mood disorders. It’s called “Protective and Harmful Effects of Religious Practice on Depression Among Jewish Individuals With Mood Disorders” and it is vital reading.

As the study put it, “Previous research has consistently found that spirituality and religion positively influence mental health in general and depression in particular.” This is something that has been pretty well-established for quite a while.

The researchers, in essence, understood a very important aspect of religion, and one that is particularly true when it comes to Judaism, which so emphasizes action and the practical application of its belief system: that it is comprised of two basic elements. Belief. And action. Action applies to everything from celebrating Shabbat to studying Torah to being part of a community and sending your kids to Jewish schools. Belief is our “intrinsic religiosity.” The inner world we all occupy that ultimately has its own rules and dynamics. 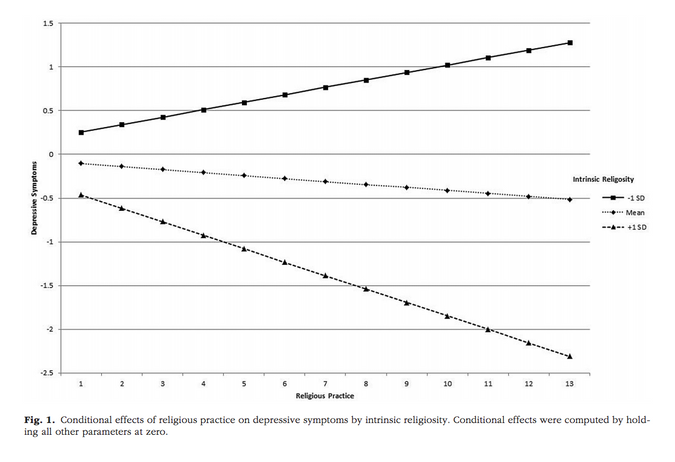 Fig. 1 from ‘Protective and Harmful Effects of Religious Practice on Depression Among Jewish Individuals With Mood Disorders’ Image by Association for Psychological Science

For most of us, religious or not, the need to match our beliefs with our actions is of utmost importance. When they are not in sync, it causes us pain. This is commonly referred to as cognitive dissonance: when our actions don’t match with our internal reality and worldview.

Finding Myself In The Study

The moment I heard about this study, I was close to tears. That graph was not just a bunch of raw numbers, a vague scientific concept graphing abstract ideas — rather, it was a portrait of my life.

That day on the subway, and the week after, when I was so pained by my spiritual dissonance that I got physically ill, was on that graph. I was the person with low “internal religiosity” and “high religious practice.” All of that commitment to my new life was part of putting my beliefs into action. And as I started taking on external markers, like wearing a black hat and the long black jacket worn on Shabbat by Hasidic Jews, I started going further along that X-axis.

And the more I went along that x-axis, the more I slid further down the y-axis of “depressive symptoms, symptoms that were so bad that they caused me to have physical symptoms.

It was no surprise to me, then, when I saw that “the relationship between religious practice, intrinsic religiosity, and depressive symptoms was stronger among participants with a bipolar mood disorder as compared with those with a unipolar depressive disorder.”

That is, those with bipolar are so sensitive that they experience both the highs and the lows of religiosity more than others.

Because I was bipolar, I had no choice but to align my actions with my beliefs — life otherwise was unbearable. It forced me to face the disparity between my beliefs and my actions. If I had been able to successfully hide my confusion over a question as fundamental to the Jewish religion as its relationship with the wisdom of science (and other secular knowledge), I would never have discovered the Judaism that I love so very much today. I may have lived a life of quiet, painful desperation. I may have allowed my pain to control me.

But spiritual dissonance is painful to everyone — not just those with mental health issues.

And this is the part of the story that the Jewish world, I believe, can and must learn from.

Fellow practicing Jews — do not allow your cognitive dissonance, high religious practice and low intrinsic religiosity, control you. Because otherwise, it will break you.

And communities: it’s time for you to lend a hand.