Ivanka’s Tips: How To Benefit From Your Fashion Brand While Working In The White House 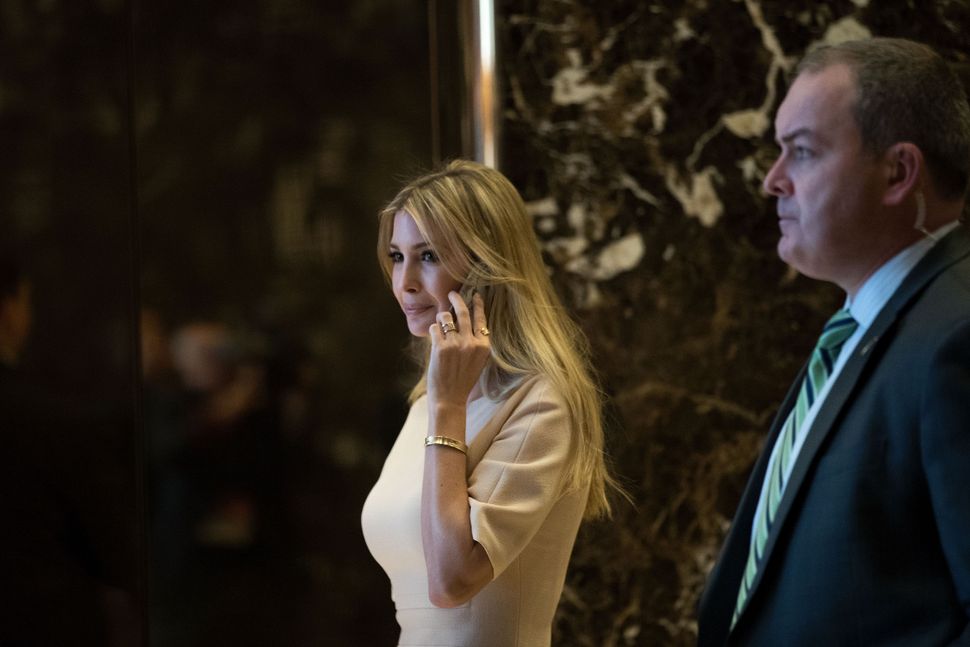 I’m not one to brag, but as the daughter of the President, I’ve been doing some important things with important people.

Unlike other daughters of the President (I’m looking at you, frenemy Chelsea), I have “an unprecedented role” in the White House as a special advisor to the President. That means, my dad (that’s President Trump for the rest of you plebs) listens to my really amazing, ostensibly liberal, but mostly elitist advice.

I don’t believe in working for other people (I started a fashion and lifestyle brand, after all), but I make exceptions when it comes to my beloved father. Especially when he offers me a position that allows me to do cool things, like meet with Canadian Prime Minister Justin Trudeau and make googly eyes at him (Jared gave me a hall pass), go to the Olympics in South Korea, and be a scientist for a day like a real-live Barbie doll.

As great as it sounds — I admit there have been struggles. You just don’t know how tough it is to run a fashion behemoth while working for daddy. Apparently, there are all these archaic ethics rules that government employees have to abide by, like against using public office for private gain, and for some odd reason my fashion brand comes under its purview. It’s not like I’m making any money being an advisor to the President — I am doing this for the people. How else am I supposed to afford the $15,000 a month rent on my multi-million dollar house in the (formerly) idyllic Kalorama neighborhood of D.C.? Just like you, I have bills to pay and mouths to feed.

So after nearly a year of officially working for daddy, I have figured out the secret to making money from my personal brand while working as a public servant (God, I hate the word “servant,” especially in regards to what I do. I fight for the people — I have three servants in my house and all they fight is the grime build-up in my toilets.)

You see, I’m a shrewd businesswoman. Sure, I had to hand the reins of my company over to my underlings/executives. And transferred my assets in the company over to a trust. But I’m smart enough to know that being thrust into such a public role is a unique opportunity to promote my brand to a whole new demographic and customer base. #Grabyourwallet was kind of a drag on my business (F*** you, Nordstrom), so I have found some sneaky ways to promote my business.

And you kind of have to be sneaky about it. Those ethics people are so goddamn militant. Like the time Kellyanne Conway went on Fox News and gave a nod to my business, encouraging people to buy my stuff. She only did that because she saw how depressed I was about people boycotting my business. She was being a good friend, not that any of those boycotters would ever understand what that even means. But either way, that was kind of a bust — it was way too obvious.

So the promotion needed to be more subtle. I’m one of the most photographed people in the world (second to maybe Kim Kardashian, who, not to brag, has been trying to recruit me as a friend so she can get some grandma out of jail), so I knew I had to wear my fashion brand. And since my brand is in the realm of “affordable luxury,” it would benefit my personal brand of relatable but aspirational. This is an important tip, ladies: Always make sure your personal brand is consistent with your public one.

But wearing head-to-toe Ivanka Trump collection would be, as they say, unseemly. So I find other ways of wearing my brand, knowing that there are sites dedicated to identifying the items I, and other celebrities, are wearing. So when I went to Des Moines, Iowa to promote STEM education for women, I paired a striped David Koma tea skirt with a pair of my “Aleth” black slingback pumps. See? Subtle.

It’s easy to stick to shoes, especially because Ivanka Trump Collection shoes are so sophisticated and classic. You really should consider getting a pair. Not that I’m trying to promote myself. Really I’m not. I swear. I’m. Just. saying.

Anyway, sometimes I get really bold and wear TWO pieces from my brand, like the time I came back from the Olympics in South Korea and paired my Ralph Lauren black peacoat with my “Carra” leather pointy toe black pumps and my “Soho Solutions” shopper tote. This outing was particularly successful because my tote bag sold out! It’s like the Meghan Markle effect, but with me, Ivanka Trump, the true American princess.

Ivanka’s Tips: How To Benefit From Your Fashion Brand While Working In The White House