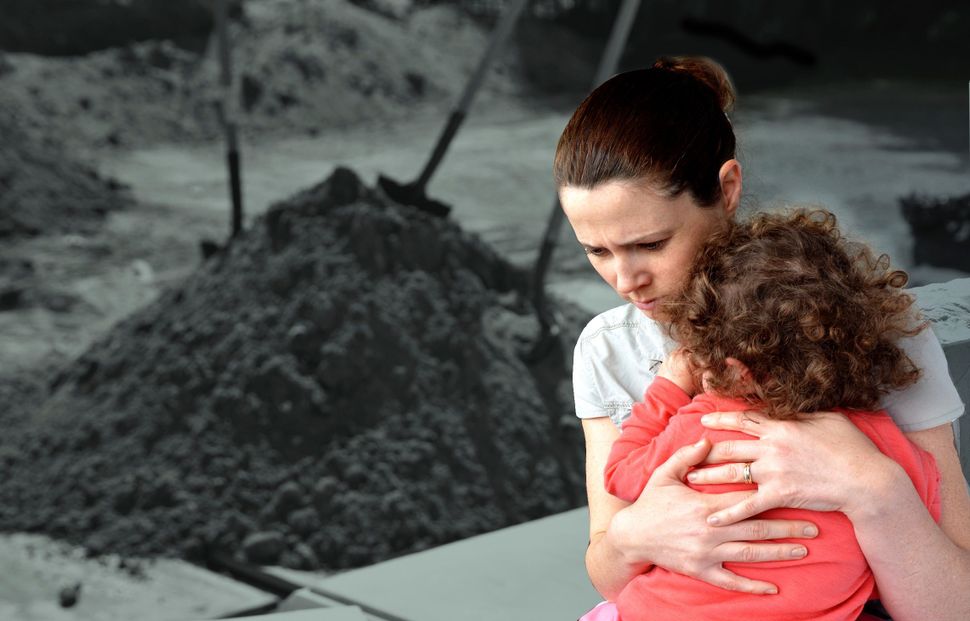 Elias Friedman married late in life, especially for an Orthodox Jew. At 47, he married Rivka, and less than a year later, she gave birth to a healthy baby girl. Just four days after the birth of his beloved child, while he was soothing her at 2:30 a.m. in the dark, he collapsed, and died en route to the hospital of a massive heart attack.

Friedman was a beloved member of the community; he gave generously of his time saving lives. He served as Critical Care Paramedic with SeniorCare and volunteered with Hatzalah of the Upper West Side. Immediately following his death, before the funeral even took place, rabbis in his community set up a fundraising page, as is common following tragedy in the Orthodox community. On it, they wrote that the tragedy had left Rivka and his daughter “without any means to support themselves,” and that they hoped to raise $500,000 — presumably, Friedman had not purchased life insurance.

But despite the generosity of over 1,600 supporters, a week after Friedman’s death, barely more than one-fifth of the goal had been raised.

In the New York area, especially after the cost of a funeral, $119,000 often isn’t enough to last an Orthodox family for a year. And despite Friedman’s community being more than generous, the Jewish community has an innumerable number of needs and only a finite number of resources.

Why aren’t Jewish families prioritizing life insurance? “Between the high cost of tuition and kosher food, even those not competing to keep up with their neighbor find leading an observant lifestyle to be extremely expensive,” Rabbi Efrem Goldberg, senior rabbi of the Boca Raton Synagogue, told me. As a result, unfortunately many parents, particularly younger ones, don’t prioritize having life insurance, which they see as a luxury, not a necessity.

It’s something Goldberg sees as problematic. When he had his first child, his father sat him down and explained how to responsibly think about and plan for the future, including worse case scenarios. He explained that life insurance and disability insurance are not negotiable, but they must be as much a part of a budget as food and rent.

Unfortunately, that conversation is happening less and less. It’s a huge problem. The community should seek to educate its members as to the importance of planning.

“If God forbid tragedy strikes and the breadwinner of a family passes away with no life insurance, it is the community that will be responsible to step in and provide support,” Goldberg said. “It is therefore, in the community’s interest to educate and motivate its members to plan properly. These conversations can happen as early as senior year in high school, but certainly should be shared through community seminars, and encouraged by rabbis in their sermons and writing.”

The general rule of thumb for choosing a life insurance policy is ten times one’s income, while also factoring in any other obligations one might have; like the education costs for a minor, business expenses, mortgages and other debts.

In recent years, a great number of Orthodox rabbis have begun requiring couples sign a halachic prenuptial agreement, which stipulates that the husband must grant his wife a religious divorce if they obtain a civil one – or face serious financial consequences. There may not be a way, nor perhaps should there be a way, to force couples to have a serious conversation about taking out a life insurance policy, but it needs to become an issue we discuss with openness and frankness. The community needs to be honest with young people starting families: We want to help you, but when starting a family, part of taking care of their needs is making sure you can take care of them even in the event of a tragedy.

In the days, weeks and months after a loved one’s death, survivors shouldn’t be worrying about how to pay the bills or pay for college, and the community shouldn’t have to fill that gap. The time and energy they spend taking care of the family would be better spent arranging emotional and logistical support, not just fundraising for the day-to-day costs of living. There are constructive ways of coping with tragedy, and making sure members of the family have life insurance is one of the best ways to do it.

Writing for the OU, Rabbi Goldberg cites rabbinic responsa about insurance as a tool to protect our families – one that was supported both by Rabbi Moshe Feinstein and Rabbi Ovadiah Yosef. “We cannot predict when our end will come,” he writes. “But we can plan so that the pain of our loss will not be compounded by financial instability, hardship and disaster.”