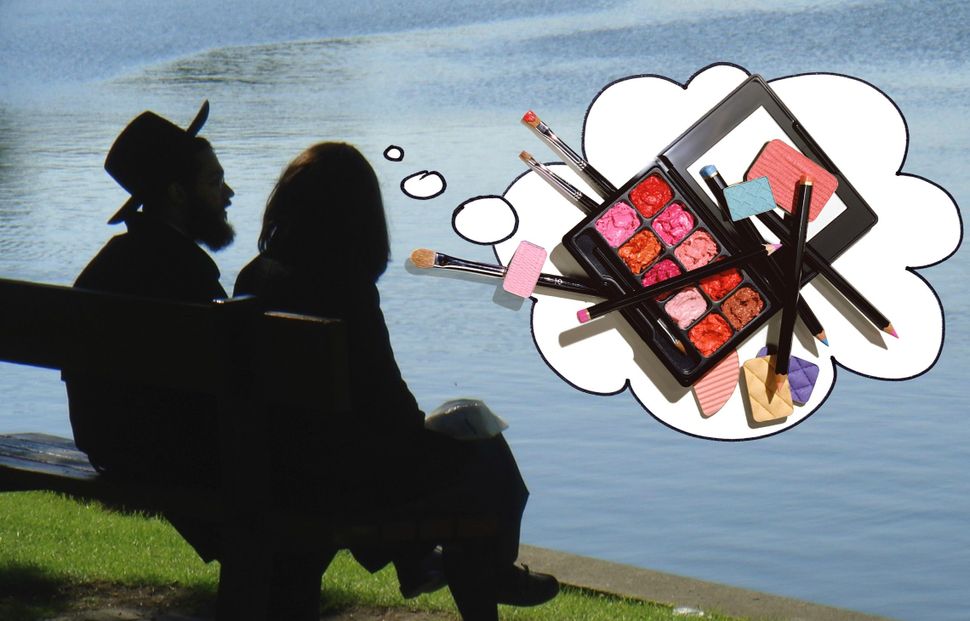 There are loads of Shabbat makeup tutorials online.

In one, the gorgeous yet likeable LA beauty blogger Gila Katz (@GilaGlam) adeptly runs through a “glamorous Shabbat look” for The Shabbos Project, an inclusive platform that invites all Jews to observe one Shabbat together. Ms. Katz’s vlog tutorial incorporates long-lasting standards like Dior Show waterproof mascara. As long as it is applied prior to sundown, wearing regular makeup on Shabbat and holidays isn’t off-limits, even to those who strictly observe.

But taking products off and reapplying again is a problem, according to Jewish law — a hot topic among Shabbat-observant women keen on looking their best for all 25 hours.

The time-honored method for Shabbat and holiday application is to schmear on a heavy coating of moisturizers and makeup before lighting candles, then sleep very carefully in it and keep it pasted on through Havdalah the next day. Estheticians and dewy-faced Hollywood starlets alike would shriek with disapproval if they knew, what with every one of them touting that ‘makeup removal prior to bed is the cardinal rule for an age-defying complexion.’ It’s a pretty tall order to keep a full face of makeup on for that long without ending up smudged or looking like a clown with exaggerated features. Just imagine how many pillowcases have been lost to the cause.

For some women there’s also the awkward problem of a Friday night mikvah visit and its prerequisite for squeaky clean skin. As Rabbanit Alissa Thomas-Newborn of Modern Orthodox congregation B’nai David-Judea in Los Angeles explained in a newsletter to congregants, “Women who wear makeup daily worry that if they show up to shul without makeup, it will be obvious to others that it was their mikvah night on Shabbat — and they will be embarrassed.” In this case, makeup literally becomes an issue of protecting a woman’s privacy.

Conventional makeup is typically oil-based and creamy and made to stay put like paint, often incorporating dark pigments. For those who strictly observe Shabbat, applying these products after sundown on Friday breaks the commandment of tzovaya or coloring — which applies when painting colors on the face, such as with eyeshadow — as well as schita/libbun or squeezing out a wet cloth, an act that includes applying liquid to cotton balls or brushing on cream foundation.

But there are ways around this. The late Rabbi Moshe Feinstein found loopholes and issued leniencies, chief among them being that non-blending, lightweight makeup applied onto a clean face with separate brushes and exclusively in a powder or thin, low viscosity liquid was permissible. Rabbi Dovid Heber lays out the deets in his article on kashrus website Star-K titled, “The Kashrus, Shabbas, and Pesach Guide to Cosmetics.”

Apparently, this feature was drafted after the K-Star Kashrus Hotline (410) 484-4110 was ringing regularly with women suffering from various skin complaints calling to ask what was acceptable to apply and when. Rabbi Heber carefully outlines a great number of rules related to Shabbat observance which correspond to the application of makeup. For example, the act of tochain, or grinding, is considered a labor. Conventional eyeshadows, powders, and blushes come in pressed forms in compacts. However, he points out, “Some are of the opinion that one may not break up clumps of blush or take powder from a cake of blush on Shabbos.” Loose powder (though undoubtedly messier) doesn’t require any grinding. With all these specifics at play, wearing a line of kosher for Shabbat makeup on Shabbat and holidays can take the fear factor out of the makeup bag for those women who want to wear products without accidentally breaking laws that they have chosen to follow.

Is Shaindy Kelman the Mary Kay of the Shabbat makeup world? With her own line of kosher for Shabbat and Yom Tov cosmetics, a shipshape little army of knowledgeable beauty consultants on four continents, and a grateful following of frum women who can now brush on foundation, shadow their eyelids, and add a healthy glow to the apples of their cheeks on Shabbat without fear of breaking halacha, or Jewish law, it certainly seems that the Baltimore-based Mrs. Kelman is on her way. 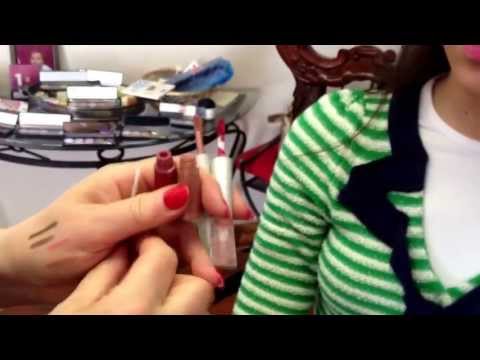 The Romanian-born daughter of Holocaust survivors, Kelman was trained as a biochemist and started her career conducting cancer research in medical labs. While raising four young children and looking for a “fun” side job, she was hired and fired in a single day by Chanel for not being available to work Saturdays. That prompted the founding of two beauty spas, the acquisition of an esthetician’s degree, and ultimately the creation of her own line.

She worked with Rabbi Moshe Feinstein’s student Rabbi Blumenkranz in New York for more than 15 years, beginning in 1983 when she founded Shaindee Cosmetics, an affordable luxury label that includes kosher-for-Shabbat products. “He would look me in the eye and then check each of my products,” she says.

Shaindee Cosmetics gave me a sample kit to try, which came with a detailed booklet promising that I would “look beautiful and follow halacha.” Inside, I found a Shabbat cleanser, Hungarian moisturizer spray, foundation powder, and a selection of four blush, lip, and eye powders, all of which had been certified by a rabbi. She said, “The colors are weak so they can’t become like permanent painting. I also don’t incorporate oils because they stick to your skin.” Then she confessed that every year she jolts awake with recurring nightmares of getting her products certified for Passover wear, which requires the added restriction of being chametz (leavened bread)-free.

Mrs. Kelman also threw in a long-lasting lipstick which was not for Shabbat, but can be applied before sundown. The show-stopping crimson was labelled “Vamp,” which was entertainingly suggestive. It stayed on a full 25 hours, even elegantly surviving a date with my husband during which I unapologetically ate a messy hamburger.

For those accustomed to squeezing out creamy foundations from a tube and perhaps even using a clean finger to blend shades of eye shadow, the techniques involved with switching to loose powders do take some getting used to.

Mrs. Kelman briefed me thoroughly. “You have to use brushes. You can’t use your fingers because those push the pigments onto your skin. However, you are allowed to use a brush and put as much of the same color you want into the same place.” Separate Shabbat brushes are used because during the week one would ordinarily blend colors and creams and remnants of the non-Shabbat product will remain on the brushes.

One of Mrs. Kelman’s clients, Naomi Goldman, says she wears Shaindee Cosmetics’ Shabbat makeup all week long but doesn’t personally wash her face on Shabbat. “I love makeup and think it enhances a woman’s beauty. It’s important for a woman to feel beautiful for herself, and for her children to feel proud.” An educator, Mrs. Goldman offers counseling to brides and supports women putting on Shabbat makeup after the mikvah on Shabbat.

Inspired by trends mentioned in Vogue and Hollywood actresses like Emma Stone, Mrs. Kelman posts easy to follow vlog tutorials on the Shaindee Cosmetics website. “Makeup is confidence in a bottle,” she promises. “You spend all day taking care of everybody else. It’s nice to just spend a few minutes taking care of yourself,” she says while brushing her Shabbat highlighter across the cheekbones of a doe-eyed model. She has a point.