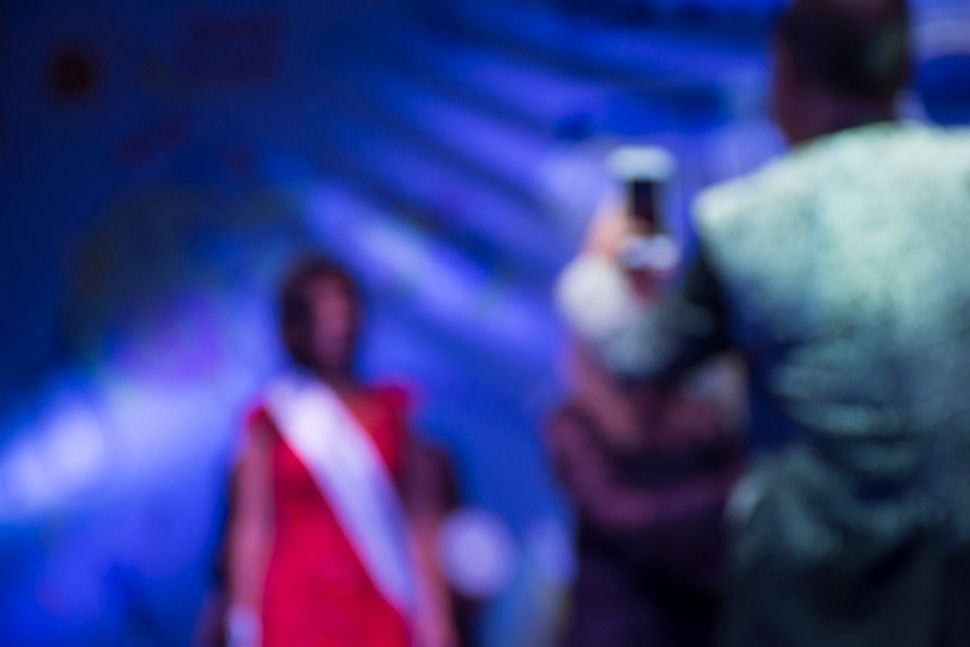 A beauty pageant Image by iStock

The Miss America pageant, to me, is the stuff of funny memes: Young pretty ladies with buff arms and manicured long nails hysterically crying as the crown is placed on their heads. Barbie-like specimens of physical perfection struggling to answer questions about education and geography.

It was the biggest joke of all: For decades, since its very inception, everyone knew that these contestants had to be stripped down to swimsuits to be truly valued as worthy competitors.

This week, the Miss America Organization has done away with the swimsuit portion of the Miss American pageant, renaming the event a “competition” and bucking a tradition established in 1921.

As an Orthodox Jewish woman, I view this advancement as an empowering nod to my tradition of modesty, to my belief that a woman’s worth is so much more than how she looks in a bikini.

No doubt, #MeToo can be blamed or thanked, depending on your perspective, for this new policy. As Gretchen Carlson, chairwoman of Miss America, said, “We’re experiencing a cultural revolution in our country with women finding the courage to stand up and have their voices heard on many issues. Miss America is proud to evolve as an organization and join this empowerment movement.”

All of these people who have criticized the #MissAmerica competition for decades because we supposedly objectified women w/ swimsuit are now saying “how could u get rid of it?” Really? #nowin https://t.co/Z5F9XW8Y7U

While most women still feel strongly that the responsibility is upon a man to behave, no matter what a woman may wear — society is quietly growing to realize that women’s self-representation is important, too.

Because Miss America’s shift in policy has nothing to do with male misconduct and everything to do with how women present themselves, and the messages they inevitably broadcast to the world through fashion as self-expression.

It’s about women being free to be who they are and, in a talent competition, being judged for what they do, not how perfect their bodies are. Regarding the evening gown competition, Carlson shared on Good Morning America that, “We’re no longer judging women when they come out in their chosen attire, their evening wear, whatever they choose to do. It’s going to be what comes out of their mouth that we’re interested in, when they talk about their social impact initiatives.” 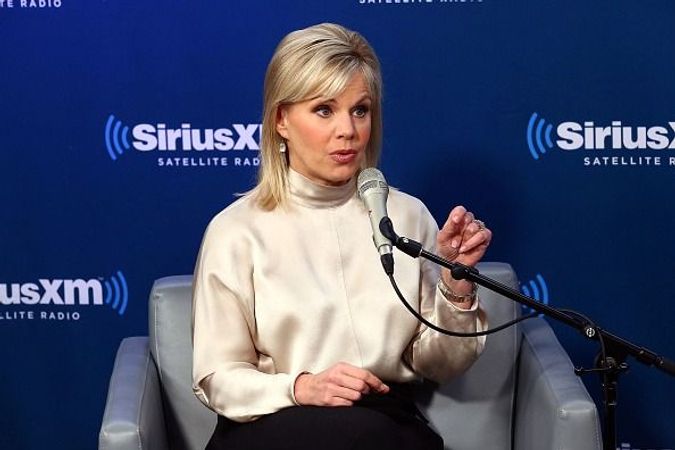 Apparently, this is a strategic shift for Miss America, which hired advertising agency Young and Rubicam to rebrand the pageant. After conducting interviews with past winners, stakeholders and others involved in the organization, the agency recommended that Miss America pivot to becoming more “relevant” to the modern young woman of today, focusing on career and personal achievements. The swimsuit competition, Y&R felt, would distract from that message.

In our attempts to teach Jewish modesty effectively to young women in the Orthodox community, we try to impart the message that it’s not about the men, it’s about you. It’s about how excessive exposure of the outside distracts from the internal essence of the inside – who you are, what you can do, and who you can become. That the soul is primary and the body is our soul’s home. And while our home should be tasteful and attractive, it should not detract from the holiness and specialness of what is inside it.

Luckily, we aren’t the only ones saying this anymore. Even haute couture is following along. 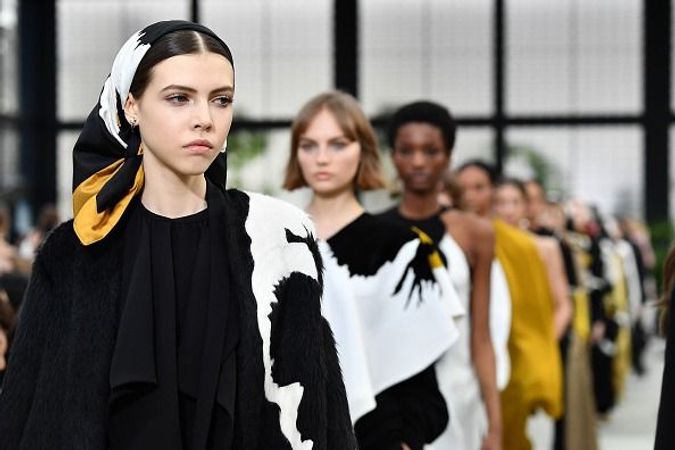 Models walk the runway during the Valentino show as part of the Paris Fashion Week Womenswear Fall/Winter 2018/2019 on March 4, 2018 in Paris, France. Image by Getty Images

After two decades, the 90’s and the 2000’s, of skimpy being ‘in’ — the emergent fashion style of the 2010s is covered up, as evidenced in countless runway shows and fashion reports. Last year, Vanessa Friedman wrote in the New York Times that today’s trends mark “the end of the naked look. The beginning of a new age of female ‘pluri-empowerment’… as expressed through the kind of dress that prioritizes the individual and her needs over the cliché of female role play.” That the reaction to our society’s over-exposure of the female, and the way social media has encouraged us to over-share in general, has women dressing in the opposite direction. It’s the “anti-Kardashianization,” according to the Times. 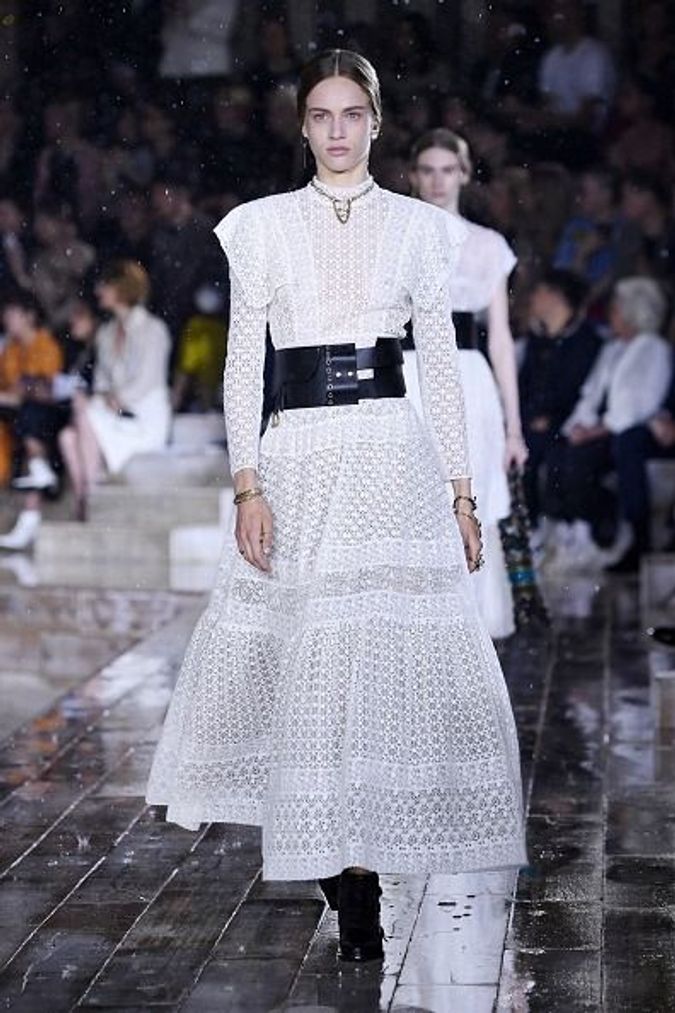 A model walks the runway during Christian Dior Couture S/S19 Cruise Collection show on May 25, 2018 in Chantilly, France. Image by Getty Images

For those in the fashion-know who have traded in their strapless little numbers for high-necked frocks, the move has been liberating, a deliberate choice to focus on what women want and to “reject the strictures of the male gaze.” The new style feels elegant, sophisticated, practical, and confident.

Consider the words of stylist Karla Welch: “We’re political people. Clothes are a form of armor.” Choosing clothing that protects your privacy can actually be your mouthpiece to the world about who you truly are.

America is finally waking up to that.

Alexandra Fleksher is an educator, a published writer on Jewish contemporary issues, and an active member of her Jewish community in Cleveland, Ohio. You can find her blog and published articles on www.alexandrafleksher.com.