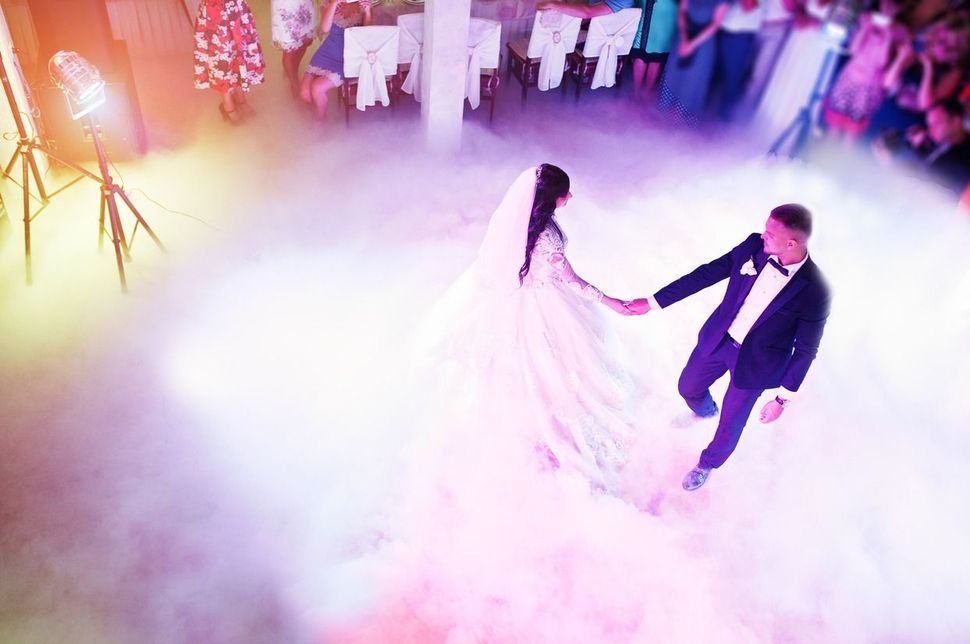 When my husband and I started to make wedding preparations for our August 2017 wedding, one thing was evident: We would try to do as much as we could ourselves, to alleviate expenses.

Some solutions were simple, and even fun — after discovering that the rental cost of a chuppah from a florist would start at $900, for the most basic design, we spent hours watching YouTube tutorials on DIY chuppas and scanning Pinterest boards for ideas.

Our chuppah was a beautiful one, made from the structure of a gazebo grill ($70) on top of which we placed a delicate white lace curtain ($20) and attached it on the poles with ribbons ($10). The florist added some ivy branches on the structure ($30). Total cost: $130 and a bonding, symbolic experience with my husband-to-be, building the structure under which we would be married.

Wedding costs have steadily increased over the past few years, reaching an all-time national high of $35,329 in 2016, up from $32,641 in 2015, while the number of guests dropped, according to The Knot’s 10th annual report, which surveyed 13,000 U.S. brides and grooms married in 2016 to uncover the financial spending habits and trends of American weddings.

Of course, these are averages, and the location will mostly dictate the final price. In 2016, Manhattan was the most expensive place to get married, at an average $78,464 wedding, while Arkansas was the least expensive, with an $19,522 average spent.

And these aren’t even kosher weddings. The average cost of a kosher wedding nationwide is in the range of $20,000 to $40,000, and considerably higher in New York. According to New York-based Josh Spiegel, president and creative director of Birch Event Design, a high-end floral, decor and production company working mostly with Orthodox clients, in the last couple of years clients don’t just want a wedding, they want “an experience” for their guests.

“It’s not just about flowers anymore, it’s about building walls with moldings, about mirrors. Flowers are actually taking the backseat, so prices have changed tremendously,” he says.

Spiegel adds that the average luxury market client spends between $30,000 and $60,000 on flowers and decoration alone.

The Knot’s report also outlines that trend, noting that while costs have increased, the number of guests have dropped, showing that couples’ spending focuses more on guests and how to “create an experience” for them. Custom guest entertainment has more than tripled, from 11% to 41% since 2009, with photo booths (78%), games (18%), musical performances (12%) and fireworks (8%) at the top of the list, according to the report.

It’s worth noting that along these trends, couples are also being increasingly creative about ways to cut costs, including by having destination weddings, which represented 20% of total weddings in 2016.

“If they had their wedding in New York, especially in Orthodox communities, it would be a bigger crowd as you have to invite all the neighbors, all the friends, second- and third-degree cousins,” he says. “And everyone comes.”

Many couples also feel the pressure to keep up with other weddings, and match or even surpass them. Several recently married couples approached for this article declined to comment on their wedding costs, citing the fact that it was “still a very sensitive issue,” or that they “were not comfortable discussing the financial aspects of it.”

Joshua Slavin, 30, who recently got engaged and is at the early stages of planning with his fiancée, says that some of his friends had “amazingly beautiful weddings” and that they “feel pressured to be somewhere near the same level.”

“You can’t compete with that and it would be a mistake to try to. But you want to show your guests a good time also and it’s a challenge to do that on a budget,” he says.

Slavin adds that doing “everything by the books” is not important to them and they’ll try to be as creative as possible to alleviate costs. Slavin plans on doing the decoration himself. “Although my fiancée will certainly push back,” he adds.

Chabad of Charleston’s Rabbi Yossi Refson, echoes that sentiment, saying that “nowadays, people are delaying getting married because of their careers, so it’s disheartening to see people delaying further as they can’t afford keeping up with the Joneses.”

He says he advises couples to keep the focus on the wedding, not on “whether the flowers are matching the socks, or whether the liquor will be top-shelf.”

“I tell couples that what’s special is two halves of the soul being reconnected, and that’s what’s inherently beautiful. To focus on the moment and how these souls are connecting.”

Some communities place caps on spending, or limit the number of guests or musicians. Periodically, ultra-Orthodox rabbis will release edicts (takanos) mandating simpler weddings – limiting orchestras, guest capacity, and menu options – in order to rein in the standards for luxury which seem to be spiraling out of proportion.

Other communities require families to match the total amount spent on donations to charities. But Rabbi Refson says that’s the case mostly in Israel, as there are few mechanisms in place to control spending costs in the U.S.

On the other end of the spectrum, some couples are very creative about ways to lessen expenses, such as Sarah Zapiler, 27, and Zachary Tomlinson 29, from Brooklyn, New York. The couple had an official wedding day in June, which was followed by seven ceremonies across the country, reflecting the Seven Blessings (Sheva Brachot), Zapiler says.

Rabbi Ellen Lippman married them in Central Park Conservatory, under a chuppah built by Sarah’s brother.

“We were looking for spaces we had connections to and wanted to keep costs down, so the ceremonies were in parks and people’s homes mostly,” Tomlinson says.

The night before the wedding, the couple also had a party at the theater where Tomlinson works as an art director, so the venue was free. Friends performed, Sarah’s mother made desserts and they asked guests to bring bottles of champagne. All of Sarah’s dresses were handmade by Zachary’s stepmother, and the chuppah became a “traveling chuppah,” that accompanied them across the U.S. They also designed their Ketubah and had an artist friend paint it.

The couple estimates the total cost for the seven ceremonies amounted to $20,000.

Rabbi Ellen Lippmann, of Brooklyn’s Kolot Chayeinu, says that she officiates many weddings where couples either chose an outdoor, public space, or in a venue where they have a connection who can help them with discounts. She recently officiated a wedding in an arboretum in Philadelphia. She also informs couples about MAZON, the Jewish non-profit organization to end hunger, where she used to work and where couples can give tzedakah. The organization asks families to consider donating 3% of what they will spend on their wedding, or ask their guests to contribute to MAZON in lieu of giving a wedding gift.

While it’s wonderful to spend money on a celebration, Rabbi Refson reminds couples to keep in mind to spend within their means.

“When they’re standing under the chuppah, they receive blessings for life,” he says. “That’s not the time to figure out how you’re going to still be standing with all these costs.”