Menu
HomeThe Invisible Ones Among Us
Image by Getty Images

Every generation has its own cry, sometimes open, sometimes hidden; sometimes the baby itself doesn’t know that it’s crying, and hence we have to try to be attentive to the hidden cries as well.
Share 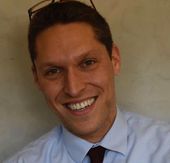 The Torah — And Kabbalah — On Refugees