Jewish Facebook Was My Synagogue. Until Racists Crashed The Party.

As a Jew of color, I found my Jewish community — of all places — on Facebook.

It was there that I could find other like-minded Jews. It was there, on ‘Jewbook’ as we called it, that I could be unafraid to be different — among the spaces for Jews of color and queer Jews, like one group titled ‘Sounds Like Your Intersectionality Doesn’t Include Jews but Okay’. It was these groups that answer a need for diversity and representation when many Jewish communities are racially homogenous, ableist, and Ashkenormative.

Whether in groups like ‘God Save Us From Your Opinion: A Place for Serious Discussion of Judaism,’ with almost 20,000 participants, or the mostly secular ‘Jewbook tHUNDERDOME,’ a group with over 1,000 members, or the religious women’s group with 14,000 members ‘Frum Girl Problems,’ in which women vent and share recipes — these online spaces have been key to my sense of Jewish community. 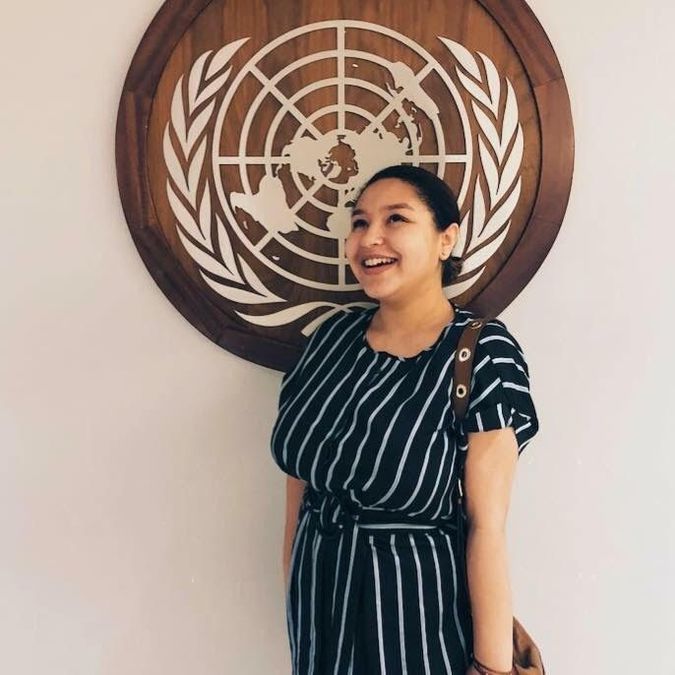 It was there that I could find inclusive discourse with unique perspectives from all different types of people — from Israel to human rights to patrilineal Judaism, everything was up for discussion.

At least, that’s how it was until lately.

Just like in “real life” Jewish communities, there has been an uptick in racism online, too. Recently, in the infamous “no rules” group, Jewbook tHUNDERDOME, . Sparked by Nylah Burton’s recent Forward piece, about how the term “white-passing” does not and should not apply to white Jews, members subjected Burton, along with other Jewish members of color, to vitriol and racial harassment for expressing the point that American Jews exercise white privilege. The point was archived by its administrators shortly afterward.

You guys want to see racism in Jewish spaces? You want to know why the groups are shutting down? A thread. #JewbookBlackout pic.twitter.com/9RO3HzB4kO

“I think that it’s a space where ‘no-rules’ has allowed rampant racism and misogyny to flourish,” said Burton. “And I think [some of the administrators] enjoy fostering that kind of environment.”

The discourse across these groups, lately, has gotten toxic, in the midst of the moment’s culture wars.

For many Jews in the margins of establishment communities, these sorts of Facebook groups have offered rare welcoming communities that they finally can feel a part of.

Sam, who prefers to not use his last name, is an American Jew and a friend I made through one of these groups. He considers Jewish Facebook groups to be a vital part of his Jewish experience. “These groups offer a more immediate and diverse sense of community than simply going to shul or having a Shabbat dinner with relatives or friends with your same background,” he wrote to me. “If anything, the Internet has been one of the most powerful tools for Jewish Diasporism, in your ability to connect with global [diaspora] Jews around the clock.”

CJ Alicandro, a Reconstructionist convert based in Portland told me that “Jewish Facebook definitely played a part in my conversion process and it continues to be a part of my Jewish life.”

Yet no matter how important these online communities have been for me — after watching the toxicity spiral out of hand in the ‘Jewbook group,’ I am beginning to question how ‘at home’ I feel in any online Jewish space. I no longer want to be part of a system that systematically invalidates our voices as Jews of color. I suppose this was to be expected: The Jewish community overall has rarely been inclusive of people of color. It’s often exemplified through negative language (the Yiddish ‘shvartze’ in particular), to common slips, like asking if we’re lost when we’re in synagogue, or asking if we’re “the help”, or asking when we converted, or if our parents were Jewish.

I am tired of feeling excluded from my own community.

I am tired of having my heritage questioned, because of the color of my skin.

And I am tired of finally feeling welcome in a space, feeling a glimmer of hope, only to find out that behind smiling faces lies a much deeper sense of how unwelcome I really am.

Victoria Gagliardo-Silver is a Manhattan based writer and student. She is passionate about racism, politics, and the intersection of the two. You can find her at @viccsilver on Twitter.

Jewish Facebook Was My Synagogue. Until Racists Crashed The Party.