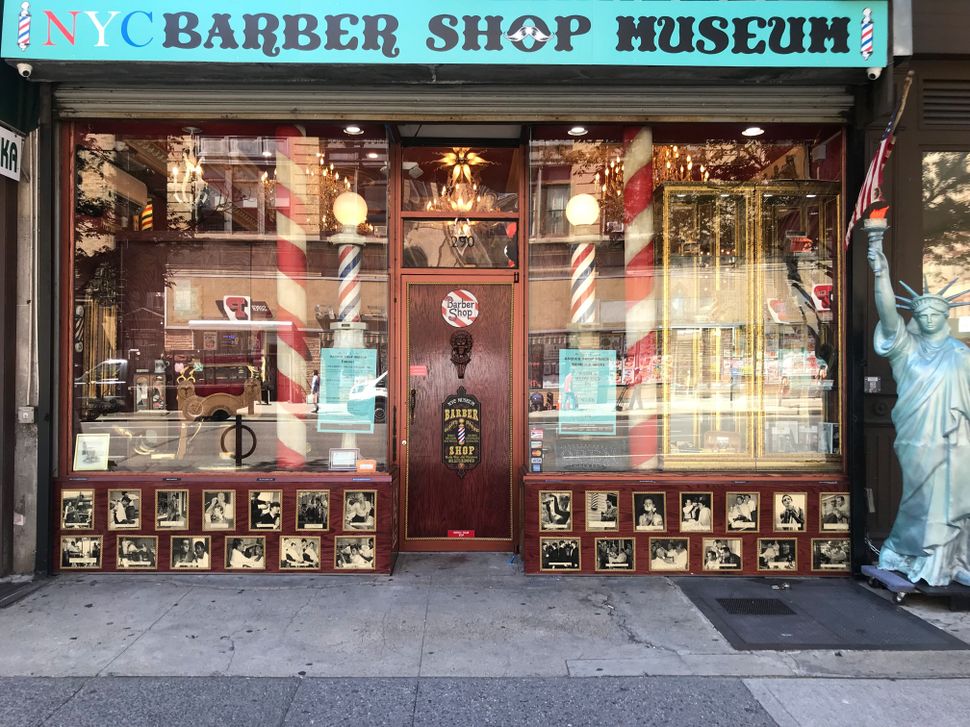 It turns out mohels aren’t the only Jews good at cutting.

Fourth-generation barber Arthur Rubinoff just opened the NYC Barber Shop Museum on a busy Upper West Side block, in a 670-square-foot storefront that doubles as a haircuttery.

The story behind the museum – where Rubinoff exhibits rarities from his 1,000-piece collection – sounds as unlikely as the place itself. A rebellious child, Rubinoff laughed at his father Rubin’s precious collection of barbershop memorabilia. “Maybe one day I’ll want to open a museum,” his father — who emigrated with his family from Fergana, Uzbekistan in 1991 — would joke. “I used to think it was junk, garbage,” Arthur Rubinoff told the Forward.

A story of how Emil J Paidar Hydraulic barber chair from 1929 took a centre stage on one of the greatest images of 20th Century. In 1955 photographer Dennis Stock made a few iconic pictures of his buddy James Dean. ‘For a novice actor in the 1950s, New York was the place to go. We used to roam the streets of New York together, and I liked to photograph Jimmy observing others. He was not at all fastidious about his looks; in fact, he would turn up more often than not in shaggy-dog style at meetings both formal and informal. What prompted him to walk into this barber shop near Times Square one day when we were walking, I cannot say’ When Dennis’s photo essay appeared in Life, in conjunction with the release of ’Eden, it confirmed Jimmy’s status as a future film star. It also earned Dennis praise. #jamesdean #dennisstock #photography #history #barber #barbershop #1950s #20thcentury #nycbarbershopmuseum #nycbarbershops #manhattan #timesquare #nycsights #newyorksightseeing

When his father passed away in 2003, “I started seeing life through different eyes,” Rubinoff said. ”I started collecting myself. It became sentimental.” The Forward caught up with Rubinoff, 43, who also markets personal-care products under the barbershop’s Reamir label.

Michael Kaminer: What are you trying to share with the public through the museum? Is barbering undervalued?

Arthur Rubinoff: I wouldn’t say ‘undervalued’, but a lot of people don’t know the history. Back in the Middle Ages, barbers were dentists and surgeons. It’s also an art. I’m a fourth-generation barber, and I love what I do.

We appreciate all your support and ready to welcome you at #nycbarbermuseum starting this Monday at 10:00am! 290 Columbus Ave, New York, NY 10023 @arthurreamir #barbershop #museum #nyc #usa #history #manhattan #upperwestside #reamir

Like you, my barber’s a Jew from Uzbekistan, as are all the guys in his shop. What’s the connection between Uzbeki Jews and barbering?

I’ll tell you. There were not a lot of barbers back in Uzbekistan. It started with immigration — I witnessed it. People with education — teachers, doctors, other professions — when they came here, had English-language barriers, certificate and license barriers. A lot of them went into barbering, shoe repair, nails. Those are always in demand. The money is always there. My father, may he rest in peace, used to say: ‘A barber can make a living even in a desert’. Anywhere I go, I’ll survive, feed my family, feed myself. People need a haircut, just like you need doctor or attorney. 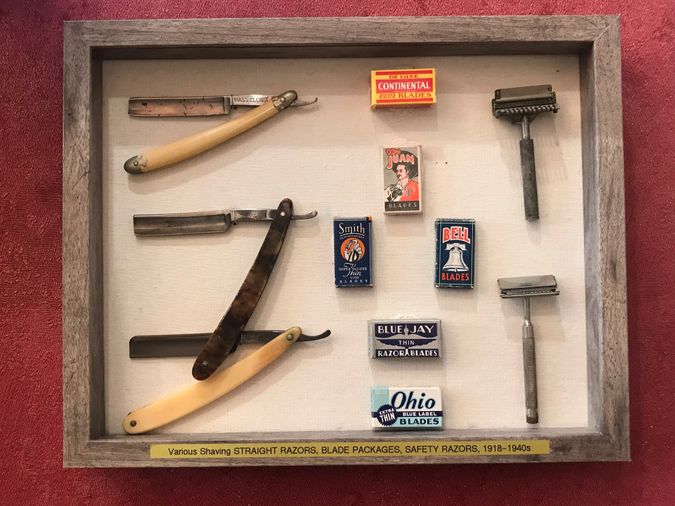 The museum’s generated attention worldwide. What’s the most unusual artifact you’ve got?

I have 41 barber chairs in my collection, 16 ceramic barber poles, 27 wooden crafted barber poles. I have a brass barber chair that’s one of only three left in the world. I have a lot of razors, some 200 years old with ivory handles. There’s a very unusual hot-towel steam sanitizer from 1901 that still runs on gas – and works. The space isn’t that big – rent’s too high – so I have to rotate the stuff. 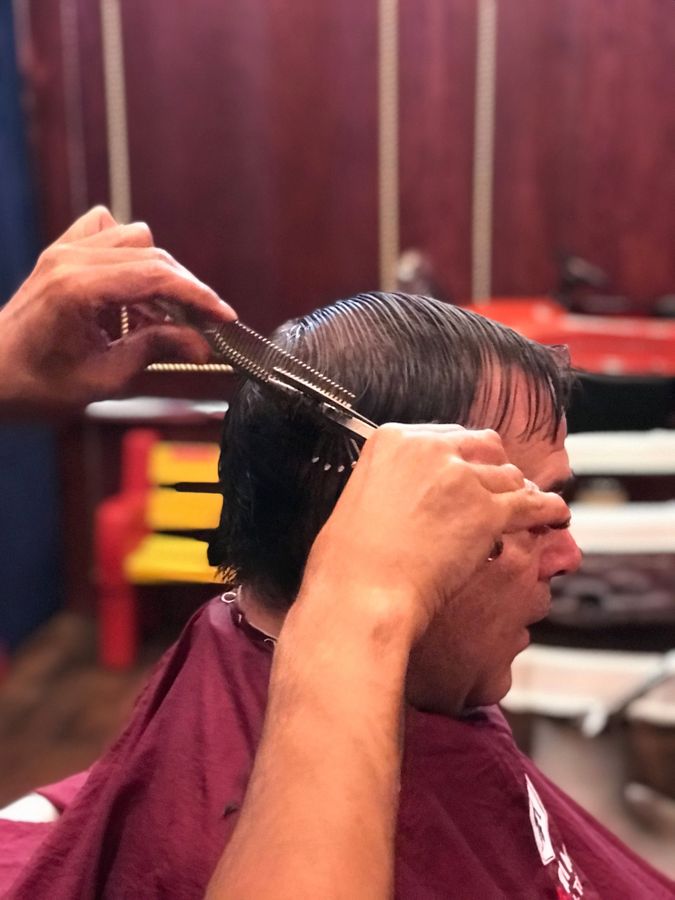 My own barber recently joked that Jewish clients can be a pain. Is there any truth to that?

To me, Jewish people and French people can be a little cheap. They don’t like to give tips. That’s what I‘ve experienced over the years. But my Jewish customers are wonderful, sweet. In the end, I love them all. If they wouldn’t be my customers, I wouldn’t make a living.

What do you think your father would say if he could see the museum?