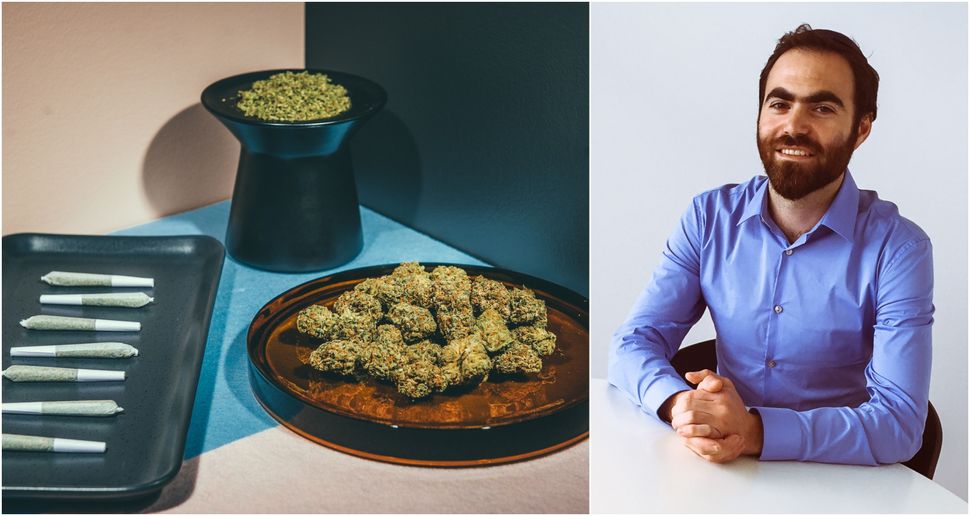 Image by Courtesy of Harmony

From the outside, Harmony’s commercial warehouse is fairly nondescript, save for a mezuzah on the doorpost. Inside, however, is a state-of-the-art cannabis cultivation facility — a two-level, 15,000 square-foot agricultural system, yielding two tons of medical marijuana annually in order to supply Harmony Dispensary in Secaucus, New Jersey.

“I believes it protects us,” CEO Shaya Brodchandel says of the mezuzot at both the warehouse and the dispensary. “I’m very proud of being Jewish and of being involved in the medical cannabis industry.”

Hailing originally from Crown Heights, the Lubavitch world headquarters, Brodchandel, now 31, moved to Jerusalem with his family at the age of 9. After getting married, he returned to the States in 2007 to begin working in real estate and radiopharmaceutical manufacturing. “I led a team to build, design, and run a pharmaceutical plant that produces nuclear medicine isotopes for medical patients,” he says. “And then I transitioned into this space, into medical cannabis.”

One of six medical marijuana locations in New Jersey, Harmony Dispensary is still fairly new, having opened on June 18. The native Brooklynite and his family moved to Jersey for the enterprise.

Meanwhile, all eyes are on New Jersey to become the tenth state to legalize adult use (recreational) cannabis, given Murphy’s promises on the campaign trail — though we’ve yet to see any tangible movement on that so far. “I would hope we could do it this year,” Murphy said, though it seems the legislature is taking careful time to hash out the bill.

For his part, Brodchandel says he’d rather focus on medical marijuana for now anyway, rather than venture into adult use. “We’re a nonprofit organization, we’re committed to the patients of New Jersey,” he says. “If we have enough supply and product that exceeds all of the patients’ demands and have the opportunity to service a recreational market when the time comes, then we will, but that’s not our primary focus.”

An #allée in all its #glory

Though Brodchandel’s involvement in the cannabis space may raise some eyebrows in the community, he says it’s becoming more mainstream among secular Jews and Orthodox alike. “I have a very dear friend in Israel who is ultra-religious and has a medical cannabis farm license, and we discussed this a number of times,” he says. “From a religious point of view, I don’t see any issue with medical cannabis. When I look at patients coming in on crutches, in wheelchairs, in terrible conditions, you literally see how you’re helping improve their lives. That’s what gives me the confidence to do it. I believe in the medicine.”