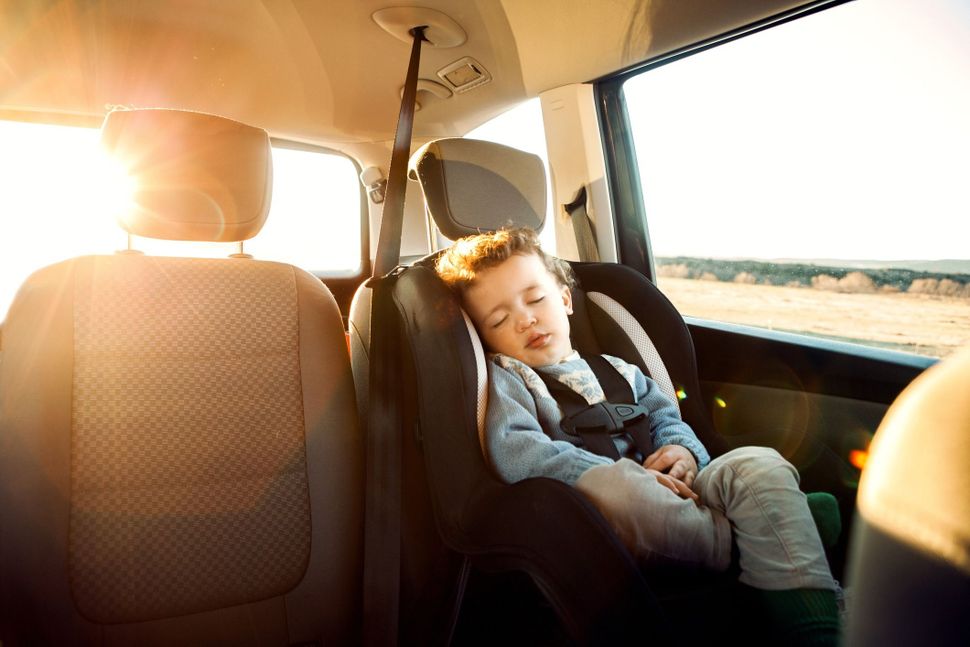 Every nine days a child in the United States dies from vehicular heat stroke.

Most parents think it can’t happen to them, and yet statistics reveal that 55% of the time tragedy strikes, it is the child’s parent that unknowingly left them inside the vehicle, according to KidsandCars.org.

Adam Tannenbaum, a technology strategist and father of eight wants to change all of that with his soon-to-be-released creation, Athena, a multi-sensor safety monitor that installs into any type of vehicle and automatically alerts designated individuals by phone call, text or email if a child (or pet) is left behind.

Tannenbaum, Co-Founder of Eve, a technology company, still recalls the time he pulled his car over to the side of the road for a little catnap only to awake two hours later, covered in sweat, completely dehydrated and somewhat incapacitated.

“It was a crowded neighborhood filled with pedestrians and I somehow managed to get myself out of the car and have someone call an ambulance. I’m a responsible adult and never thought something like that could happen to me. Now imagine the most vulnerable members of our society, our children, trapped in a car totally helpless and no amount of crying or screaming or fuss is going to help save them. Inside a car, they are totally cut-off from the world. I get tingles down my back just imagining it,” shudders American-born Tannenbaum on the phone in Ashdod, Israel, the city he has called home for thirty years.

Athena will not be the first safety detection monitor to hit the U.S. market. But unlike existing products and apps, Athena’s artificial intelligence incorporates an in-cabin sensing system that is not directly connected to a car seat or back door like others, meaning if the child is not in the car seat at the time or doesn’t use a car seat or you forget to open the back door, it will still work. Athena also doesn’t require a charged cell phone, a smartphone or won’t just give off an endless series of beeps likely to be ignored. Athena will contact the designated party via phone, text or email before moving on and alerting other designated contacts until someone is reached. 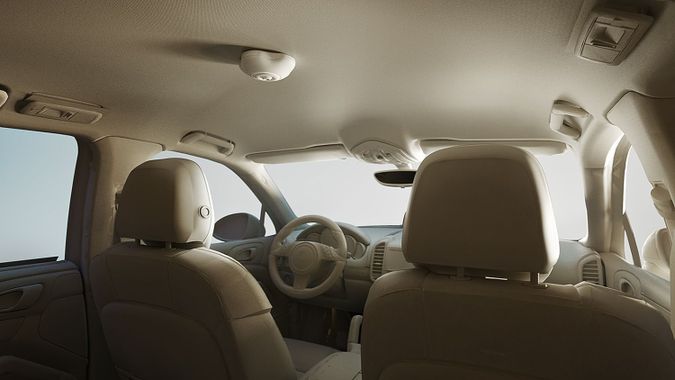 Athena affixed to ceiling of car Image by Athena

According to Tannenbaum, Athena will likely be released next summer, at an expected cost of $150-$199 with three available looks — white, black and stainless steel.

As for the installation, the standard option will be a do-it-yourself plan with a basic instructional video. Tannenbaum is currently in talks to offer a higher priced pro-installation option with a designated trained service provider which will allow Athena to perform other life-saving efforts such as turning on the air conditioning or heat, playing recorded messages such as “Help me, I’m stuck in the car” to garner the attention of passersby, and sending alerts to designated parties with details like temperature, humidity and Goggle Map location of the vehicle.

“Athena is ready now and it pains me not to release it to market right away, but we need to cover all of the bases and ensure it’s the best it can be and we are doing everything right,” says Tannenbaum. “We’ve been testing Athena since its creation two years ago and running through every possible scenario to ensure our advanced artificial intelligence can ascertain all risks and our testing will be ongoing even once the product is released. Our goal is simple — to save the lives of children and to make this product at a price affordable to everyone so no one has to go without one.”