Past A Fearful Gate: Facing The High Holidays After A Child’s Suicide 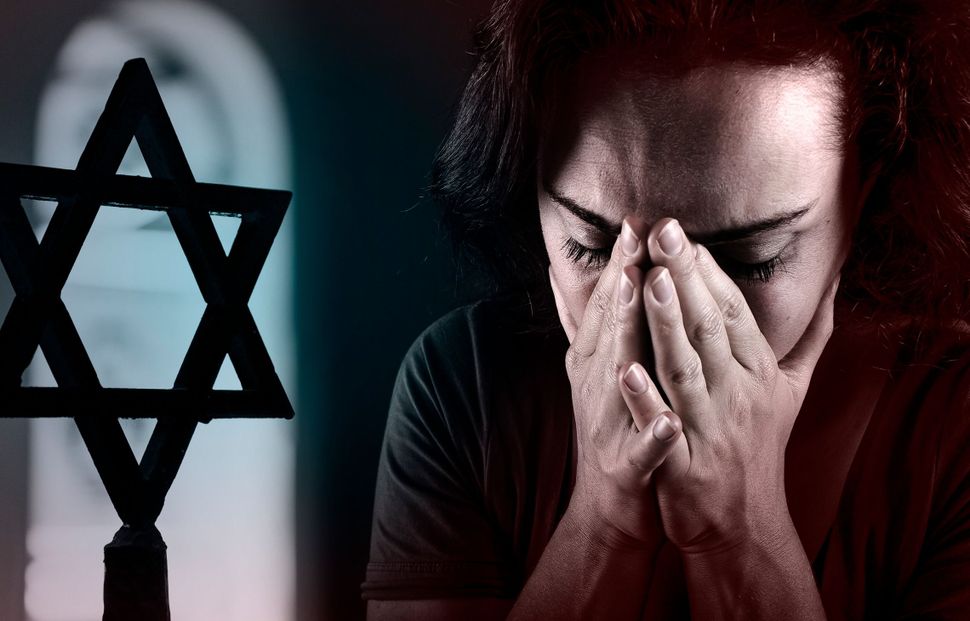 Five years ago, I was dreading the High Holidays that I used to cherish. I didn’t need the shofar as a wake-up call to remembrance and reassessment, or a month of preparation for searching my soul; I’d been doing that daily since my younger son, Noah, took his life in March.

My sense of guilt was so far beyond the standard view of repentance that I couldn’t even begin to list my sins. How could I have a sweet year when there was a brand new memorial plaque in the synagogue for our 21-year-old?

Who shall live and who shall die, who shall live out the limit of his days and who shall not… The Unetaneh Tokef prayer, always solemn, suddenly felt like a threat aimed directly at our family. Our ancestors recognized the struggling souls and wandering Jews in their midst, though they failed to include “who by their own hand” in the accounting of ways to die. Where was it written that a beautiful young man full of promise had to reach the end of his days before they’d barely begun? Noah’s death was not part of any divine plan or the result of any wrong-doing. And no amount of atonement for all the things I could-have/should-have done could reduce the severity—and finality—of this loss.

May you be inscribed in the Book of Life. We raised our kids to embrace that Book, and Noah — who one friend called “a Bunsen burner of joy” —threw himself with gusto into passions like surfing, traveling, and photography. But somehow, on the verge of a new chapter after returning to college, Noah lost hold of the binding—to loved ones, the life force, and his own tender soul. We knew he was struggling with depression after losing a close friend to suicide in his sophomore year. We didn’t know that he was no longer on the same page as the rest of us, assuming that life would go on. After his death, I prayed that everyone who loved Noah, especially the young people, would reaffirm our place in the Book of Life and our ties to one another. I just didn’t know if I could make it through prayers exhorting us to “teach your children” and pass on tradition “from generation to generation.”

My rabbi advised me not to sweat the hard stuff in the first year of mourning and just let the High Holidays wash over me. So instead of singing as usual on Rosh Hashanah, I simply listened to the wall of sound that rose around me. I felt lifted up by other voices that would carry the tune for my husband and me, even if we couldn’t join in words of gratitude. Good friends sitting behind us said they, literally, had our backs. People we barely knew came up to wish us, with both hands clasping ours, a good year.

On Yom Kippur, we were lucky to have our older son, Ben, visiting as a hedge against the intensity of the day. My husband was overcome to be standing at services as a family of three instead of four. When he started sobbing and shaking, I pulled his tallit over his head, then ducked under the tent of it to cry with him and Ben. We clung to each other and wept while the rabbi read the names of those who had died that year, still incredulous that Noah’s name was among them.

Later, as Havdalah candles were lit in the darkening space to mark the end of the holiday, we sang arm-in-arm with a row of relatives. We smiled to see Ben join in the long, final blast on the shofar, like he did when he was ten. We’d passed through another fearful gate on our grief journey and come out battered but safe.

When they were little, Ben and Noah use to race the dog and their friends in endless circles around the sukkah in our backyard while the adults ate and drank inside its candlelit glow. That first holiday season without Noah, I hoped someone would invite us to their sukkah. Amazingly, someone did, and I felt a bit calmer as we welcomed the ancestors together under the harvest moon.

At each High Holiday season since 2013, I’ve become a little less fearful, a little more thankful for the years we had with our child and for the family, friends, congregants, and fellow suicide loss survivors who have helped us move through our grief.

For new year resolutions, I’ve made lists of all the ways to honor Noah’s memory. I’ve resumed leading meditation at my synagogue on Yom Kippur afternoon with chants about opening the gates and dwelling in God’s house. I’ve come to appreciate Yizkor services for giving me a chance to mourn in community, when mine are not the only tears in the pews. And I’ve seized on lines from Yizkor in the Sim Shalom prayer book: Give me the gift of remembering. Strengthen me with the gift of hope. May I always believe in the beauty of life, the power of goodness, the right to joy.

With time, I’m less angry at Noah, at God, at the universe, and at myself for what happened. I’ve realized that I’ll be approaching what Rabbi Karyn Kedar calls the “bridge of forgiveness” over and over for the rest of my life. I hope our family will soon be ready to raise a sukkah again and sing ‘Ufros alenu sukkah shlomechah’ inside it with people we love. How I wish we could have, as the prayer says, “spread a sukkah of peace” over Noah when he was in crisis, so that he could have found the help and hope he needed to persevere.

This essay is adapted in part from Susan Auerbach’s memoir, “I’ll Write Your Name on Every Beach: A Mother’s Quest for Comfort, Courage and Clarity After Suicide Loss” (Jessica Kingsley Publishers, 2017). For more information, visit www.susanauerbachwriter.com © Susan Auerbach 2018

Past A Fearful Gate: Facing The High Holidays After A Child’s Suicide