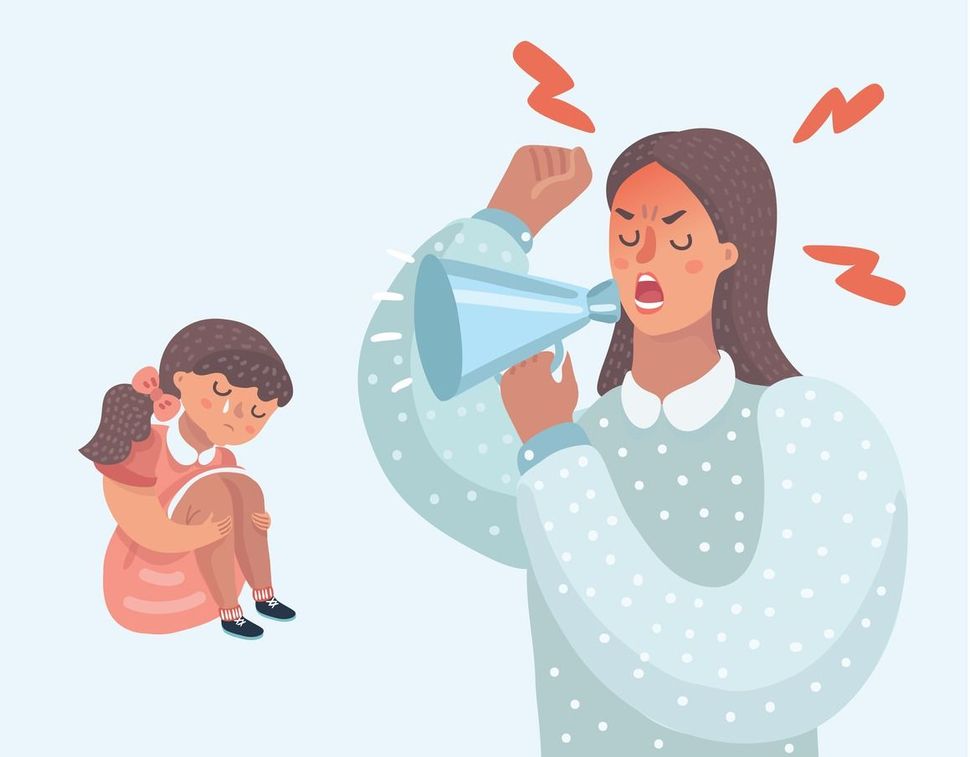 The spring I turned fourteen, my mother bought me a peach-colored T-shirt. I don’t know why I loved it so much. Perhaps because things had been so gray around me, so muddled in the confusion of teenage-hood, that the color of this shirt brought hope and warmth to my spirit.

About two weeks after my fourteenth birthday, I was woken by the news that the Lubavitcher Rebbe had passed on. I grew up believing he would bring the Messiah at any moment, so much so that I had a small pretty floral suitcase hidden under my bed that I kept there in case I had to use it in middle of the night if I had to pack hastily upon his arrival.

The timing of the Rebbe’s passing was difficult. It was about a week before my eighth grade graduation. As a result, the ceremony was toned down. No flowers, no music, no big celebration. Just a few speeches and psalms, some photographs and embraces. Our world had changed in so many ways, and now we faced the summer.

I spent July and August in a Lubavitch girl’s overnight camp. I had hoped for inspiration or answers from the adults around me there that summer, after we lost the Rebbe. I found little of the sort. The camp prided itself in running an exceptional religious program alongside daily trips and fun activities. But they had strict rules governing every detail: If you were caught doing anything wrong, even arriving a minute late to morning prayer, you were “docked” from that day’s activity or trip. This was difficult for someone who isn’t a morning person; I tried my best to make it on time, but I missed out on many trips that summer.

What was more challenging, though, was dressing according to their rules of modesty. I already owned modest clothing: skirts that covered my knee, knee socks for my legs, tees that covered my elbows and my neck. But I had a real intolerance to the heat and couldn’t stand the feeling of tight shirt sleeves against my arm. So I always looked for loose three-quarter sleeves that still fell below the elbow but allowed air in, that didn’t cling to my arms.

One day during lunch, while wearing my favorite peach-colored tee, I was spooning food into my mouth when the director called me over. She had spotted my elbow as I raised my arm to my mouth and told me the T-shirt must be removed and placed within her office.

I protested: My mother had just bought it for my birthday, and it really did cover my elbows.

It didn’t matter, she said. If the elbow could be seen when moving the arm, it is considered immodest and inappropriate for camp wear. She promised me, though, that she’d return it at the end of the summer.

I stuck out the summer, wondering if it was really God or, more likely, the director who was upset that I arrived panting, seconds too late to prayers, some mornings. As a consequence on one of those instances, I couldn’t go to the Fourth of July fireworks with everyone else just because I was brushing my hair when the director shouted her countdown on the loudspeaker for us campers to make it to the shul on time. What kind of meaningful prayer could be that forced? Maybe I felt God less during prayer times and more while walking along the dark wooded path on the road leading out of camp, looking up at the starry sky lit with the galaxy’s white light. Or maybe I felt Him more when one of my bunkmates took out her guitar and we sat around and sang heartfelt tunes. Maybe I felt a stirring of something real and beautiful through song, instead of through a bootcamp call to prayer. In my heart, it was difficult to understand being punished for coming late for prayers when all I really did that summer was pray to myself that our world would make sense now that the Rebbe had passed.

When the last day rolled around and I had packed up all my stuff, including my other tees in darker shades of colors, I went to the director’s office and asked for the peach T-shirt back. She distractedly told me to look through some boxes. I did and then checked again. The shirt was gone. I almost felt as though she had stolen the color peach from my world.

It would take years to reclaim the color. To forgive the adults who hurt us children in their own suffering and confusion.

That summer comes back to haunt me at the start of every school year, when as parents we trust our children with educators who can use shameful or hurtful remarks and actions in place of loving direction and appropriate discipline.

I remember the time when the principal in our local Orthodox girls’ school expelled my daughter from her last day of sixth grade because she was acting wild during recess, on the second to last day of school. When she arrived home with all her books, sad that she would be missing the last classes of some of her favorite teachers and the goodbye parties, I wonder if what she’ll remember about that year is not the grades she earned, or the religious teachings she was taught. Perhaps what she’ll remember is the hurt, the shame she felt, having to leave school a day early without understanding what she did so wrong.

I tried to reach the principal to argue my case, to reason with her to allow my daughter back for the last day of school – if only to give a young impressionable girl a good feeling about her world.

I could not reach the principal, and so my daughter spent the last day of sixth grade at home. I wonder what color she was robbed of at the time, what pain she now carries with her.

My daughter has also had things confiscated from principals -– a school exam prep book because it was found on her desk during the wrong class and she had to pay the price of the book in order to take it home to study from it that day. Or a deck of cards because they are not seen as “kosher,” since they bear resemblance to gambling.

It is difficult to connect an action with these sorts of dire consequences, especially in the vulnerability of teenage years. Religious educators must be even more careful with the methods they use to discipline and teach, since children often equate God and faith with school rules. I have met many young men, particularly, who have left the fold of our community because of the humiliation and undue strictness they endured at school.

What do religious principals, teachers or directors hope to accomplish when they single out students or campers with unfair punishment? There’s a danger in this type of harsh discipline and if it becomes the standard in our community, it can harm its youth. Today’s children have fragile egos and a shaky sense of worth. We need to be building our children’s self-esteem, instead of destroying it, giving them a love of Judaism instead of a distaste for it.

All those years back, the camp director had little idea how much power she held over a fourteen-year old’s future when she confiscated that peach-colored shirt.

Fortunately, I was able to one day process it, and met wonderful, caring teachers in college who helped me reframe my view of God and Torah.

But others do not turn back, and disregard religion because of their education. If compassion and proper communication became the new rule, a child’s school environment can potentially be a place where religion can thrive.

Hadassah Pearlstein is a pen name. The author is a writer living in New York.