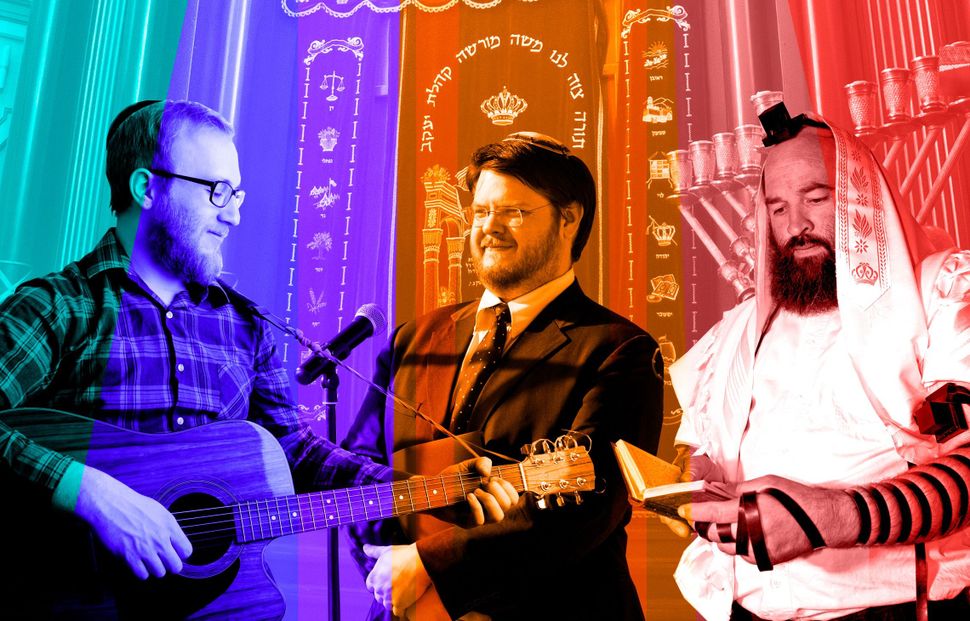 For Kathy Jacobs, the decision to join Agudas Achim Congregation wasn’t really much of a decision. The Coralville, Iowa synagogue was the only one within miles of Iowa City when Jacobs and her late husband moved to the area in 1998. This also meant that it wasn’t necessarily her decision to join a synagogue that offers dual denominations.

Jacobs explained that Agudas Achim’s unique model, which offers both Reform and Conservative services under one roof, works for her because she considers herself to be “pan-denominational.” As a convert to Judaism, Jacobs wasn’t accustomed to one affiliation over another, which made the adjustment easier. “I like having the opportunity to experience the musicality of a Reform synagogue, but I also appreciate the text study and interest in examining Torah and writings of early rabbis that Conservative offers,” she explained to the Forward.

But there are still fundamental differences between the movements— including the definition of who is a Jew — yet the distinction is a non-issue for Jacobs. “Some people who have always identified as Conservative might be less appreciative of music and guitar on the bimah. There might be people who like a longer sermon. But that isn’t a big problem here. I don’t think we have a lot of problems other than that some characteristic of one movement is more appealing or less appealing to people of the other side,” said Jacobs, who has served as Agudas Achim’s president since 2016.

Agudas Achim Congregation was established over 100 years ago as an Orthodox synagogue. The congregation switched to Conservative in the mid-20th century, and by the 1970’s the decision was made that the addition of the Reform movement could provide crucial support to the Hebrew school infrastructure. About 190 families are currently members. Shabbat services alternate weekly between Reform and Conservative, while on the High Holidays, both services are offered in separate rooms, Rabbi Esther Hugenholtz, who has served as the congregation’s rabbi since 2017, told the Forward.

Hugenholtz planned to be ordained as a Conservative rabbi, studying in California. Her plans were altered when the 2008 economic crisis hit, and her husband’s visa was pulled. The couple soon ran out of money. A native of the Netherlands, Hugenholtz completed rabbinical school in London. Then a friend told her about a job opening in Iowa. All of the unforeseen shifts made her feel as “some kind of strange hybrid creature,” she said. “So that makes this kind of synagogue perfect for me,” she added with a laugh.

While Agudas Achim Congregation may seem like the kind of place that could only fit a “strange hybrid creature,” the dually-affiliated congregation is a trend appearing more rapidly across the country in recent years — mostly involving Conservative and Reform or Reform and Reconstructionist. And it’s not only happening in middle America, where Jewish populations are small — in the case of one New York congregation, collaboration happened due to a surplus of synagogue options.

Rabbi Elliot Skiddell and Rabbi Mark Gruber’s union occurred by happenstance, one that lead to the establishment of Central Synagogue-Beth Emeth. Skiddell was the rabbi of Reconstructionist Beth Emeth since 2006, while Gruber led the Reform Central Synagogue. Both congregations, located in Long Island’s Nassau County, were troubled by the area’s changing demographics. Reported the most expensive county in the United States by Forbes Magazine, young professionals were leaving for the city where they would have the option to rent, rather than buy homes. “These changes did not bode well for the future of a liberal congregation in the area,” Skidell told the Forward.

Concerned about the future of their respective congregations, Skiddell and Gruber connected by chance through a shiva call. According to both men, it was clear from the onset that the rabbis had similar visions for their congregations, as well as for the wider Jewish community. “No one was interested in a classical merger in which a big congregation takes over a smaller one. We wanted to make a partnership which would allow both communities to grow together,” Skiddell said.

In November 2016, after two years of bi-weekly meetings, various legal processes and facilitation from the UJA Federation of New York, the two congregations officially consolidated into Central Synagogue-Beth Emeth, located in Rockville Center.

The rabbis agreed on an arrangement of alternating weekly who leads each Shabbat service, doing so in their respective denomination, while the other leads an alternative program such as a guided meditation or discussion group. Gruber told the Forward that he identifies as a “theist” and referred to Skiddell as a “humanist,” which allows them to “promote conversation and bring up theological differences” with their congregants.

Only one member family left because of the union. “I think that they had a misconception about what the Reform movement is all about,” he said. Gruber echoed the sentiment, “I think some of my congregants were like, ‘What is this Reconstructionist thing?’ In a bigger picture, I don’t know of anyone being upset though,” he said.

Both rabbis acknowledged that the change was sometimes uncomfortable; one of the biggest complaints was regarding prayer book usage. The Reform movement prays from a book called Mishkan Tefillah, while Reconstructionist Jews are accustomed to Kol Hanishama. “We told everyone to hang on to their complaints for the first three months, and then we would discuss,” Gruber said. “So three months later, instead of our usual Torah discussion, we do a discussion about the prayer books. And you know what happened? Almost every person had something to say that they didn’t like about the book that they weren’t used to. But also every person said that they liked being together with new people, and more people more than anything that they disliked about the books.”

Gruber advises that Jewish communities in suburbs across the country follow suit. He explained that Long Island was one of the first developed suburbs in North America, so the demographic changes the area has experienced are novel. “Experts recognize that these social changes are new,” he said. “Suburbs in other areas, such as New Jersey, will have an easier time because they are 10-15 years behind us. If they are astute, they will look at what happened here and make the same changes. Folks who live in the city have smaller digs, so they only go home to recharge. In the suburbs, people come home to nest — so it’s really hard to get them out of the house.”

About 320 families belong to Central Synagogue-Beth Emeth. Gruber told the Forward that membership is growing “slowly.” Others don’t grow at all. Rabbi Daniel Freelander, vice president of the Union for Reform Judaism, estimates that 50 percent of synagogue merger attempts fail. He attributes that mostly to unwillingness to compromise, JTA reported in 2007.

Still, Gruber’s advice is being taken across the country. At least 16 mergers have taken place across the United States. “I believe in order for Judaism to continue to be successful in the 21st century, with intermarriage rates being as high as they are, I think this is the way to be welcoming to families,” said Rabbi Sam Spector of Kol Ami in Salt Lake City, Utah, where Friday night services are Reform and Saturday morning services are Conservative.

So who isn’t on board with combining denominations?

“The commitment to the binding nature of halacha that sets Orthodoxy apart would also prevent an Orthodox congregation from merging with a non-Orthodox one. Like the proverbial impossible ‘a little pregnant’ woman, either halacha is considered unchangeable and binding or it is not,” Orthodox Rabbi Avi Shafran, who serves as Agudath Israel of America’s director of public affairs, told the Forward. “Demographers have well determined that the non-Orthodox movements are aging and not growing, so that attrition, which is likely to continue, is certainly a plausible reason for such merging.”

Rabbi Hugenholtz thinks there are other reasons. “It makes for a much more meaningful Judaism not to pigeonhole yourself,” she said before going back to planning two services for next week’s Rosh Hashanah.